Vera Twomey-Barry decided on the desperate action after her daughter, Ava (6), had to be rushed to Cork University Hospital (CUH) again last month with another bout of violent seizures.
On Tuesday evening, Ava suffered another major seizure after she had been battling an ear infection.

Vera warned the family cannot wait and need urgent action on reform of vital medicinal treatment regulations.
It was the latest emergency hospitalisation for Ava who suffers from Dravet Syndrome, a rare condition where she suffers from virtually uncontrollable epileptic seizures.

The little girl suffered 16 seizures alone over one 36 hour period.

Children with Dravet eventually reach a point where normal medications become increasingly ineffective in controlling the seizures - with medicinal cannabis oil the only known treatment option.

"Please, Mr Harris, my daughter is extremely ill. She is having seizures every day and they are getting worse," she said.

Vera will now walk from her home at Aghabullogue in Cork to the Dublin offices of Mr Harris - a 300km trek.
The mother of four pleaded with the Wicklow TD to use his influence to fast-track a situation where doctors in Ireland can legally use synthetic cannabis oil for the treatment of children facing life-threatening illnesses.

"A lot of politicians have told me that the situation is very complicated. I fully accept that."
"But I am afraid that if Ava suffers something like 22 seizures, will she have another heart attack and will she be gone? There have been four or five children since the start of the year and they have passed away."

"You are looking to the future and wondering is that going to happen to us?"
Also known as Severe Myoclonic Epilepsy of Infancy (SMEI), Dravet affects just one in 60,000 children in its most catastrophic form.

With Dravet Syndrome, a sufferer can initially have their seizures treated by normal epilepsy medicines.
However, over a short period of time, the seizures become immune to the medications and increase both in their frequency and severity.

The only known long-term treatment for Dravet Syndrome involves the use of cannabis oil.

However, the controversial product is not licensed in Ireland or other EU member states.
Its medicinal uses, in specific cases, has led to cannabis oil being permitted in parts of the US, Australia, Brazil and even Columbia.

"That is the only hope that Ava now has," Vera explained.

"I don't want to be forced out of Ireland with my family to get treatment for Ava."

"We want to stay in Ireland and raise our children here — but what choice do we have if Ava needs the treatment and the only place she can get it is overseas?"

"All we are pleading for is a little commonsense. If cannabis oil or medicinal marijuana can help Ava, why can't she be allowed benefit from it in her own country?"

Vera and her husband, Paul, have launched a campaign to help children like Ava in Ireland.
There are five people with Dravet Syndrome in Ireland — and all would likely benefit from treatment with cannabis oil.

One trial in the US indicated that a person with Dravet Syndrome who was suffering 300 seizures every day managed to reduce those to just two seizures a month thanks to cannabis oil.

"All we are asking for is a little commonsense. That and the realisation that children like Ava don't have any other alternatives," Vera said.

"It is heartbreaking to have to take Ava to an emergency department when she gets severe seizures despite knowing that there is nothing they can do for her."

The couple, who are based in Aghabullogue in mid Cork, have three other children, Sophia (4), Michael (3) and Elvera-Mae (14 months).

"All we are asking is that Ava has some chance of a normal life. Surely every Irish child has that right," she said.

Details of Vera and Paul's campaign for Ava is available from Facebook on 'CBD For Ava Support'.

The Department of Health and Irish medicines chiefs (HPRA) are currently reviewing the medical evidence for allowing cannabis oil to be used as a treatment option in Ireland. 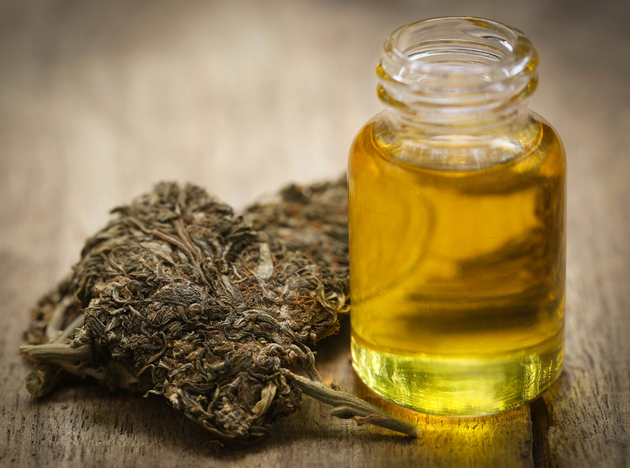