A Co Down family is calling for cannabis oil to be legalised for medicinal purposes to help their little girl who suffers frequent seizures.

Sophia Gibson (5) was diagnosed with Dravet syndrome right before her first birthday.

Dravet syndrome is a rare genetic dysfunction of the brain that causes uncontrollable seizures and becomes resistant to anti-convulsive medications.

Sophia is currently on three of the best of those medications but they will eventually stop working for her.

Sophia's parents, Danielle Davis (29) and Darren Gibson (30), have started a petition with the UK Government and Parliament to legalise cannabis oil, or cannabidiol (CBD oil), which is already legal in the US. They also set up a Facebook page, Help for Sophia's seizures, to spread awareness.

The cannabis oil is the only known medication that significantly reduces seizures in Dravet patients.

"It's the cannabis oil, it's not the stuff that's on the street," Danielle said.

"The cannabis oil has the THC and the psychoactive drugs taken out of it... It's all going to be done through neurologists and consultants and professors. It's not just a case of us walking down to Boots and getting it. It would be very controlled."

However, in order for it to be considered for debate in Parliament, the petition needs 100,000 signatures by April 2017. They have just more than 2,600.

Sophia's seizures have also affected her brain development so she attends a special needs school in Bangor.

"The school has really helped her and we work with her at home," Danielle said.

"She still has a long way to go. But she could take a bad seizure and she could just regress back even further. It is called a regressive syndrome. It will only get worse."

But Sophia's syndrome hasn't only affected her. Danielle had to quit her job so that she could care for Sophia full-time.

The family always has a hospital bag packed and they can't take day trips further than half an hour away from a hospital with a paediatric-led A&E.

"With me and Darren it's a 24-hour job," Danielle said. "When she's not well, you're constantly sitting up at night watching her in case she takes a seizure.

"There have been times we've gone in and found her blue around the mouth, so usually one of us sleeps in with her every night. It's not an ideal family situation, but it's something you do."

Sophia's seizures can be induced by many things, including getting excited. However, with every seizure, Sophia is in danger. People with Dravet syndrome are at a higher risk of sudden death due to epilepsy.

"Nobody wants to think that their child is going to die before they do," Danielle said.

Sophia was referred by her neurologist to participate in a cannabis oil resin trial at Great Ormond Street Hospital later this month and her parents are hoping she will be approved for the trial. But even if she is approved, at the end of the trial period she will have to go back to the other medication. And this is why the petition is so important.

"It could be years before the Government do their own trials and get it all legalised, so even if we do get the trial in Great Ormond Street we could be waiting years for this to be made legal where GPs can prescribe it or consultants can prescribe it," Danielle added.

"Whereas we would need it ASAP, before it's too late." 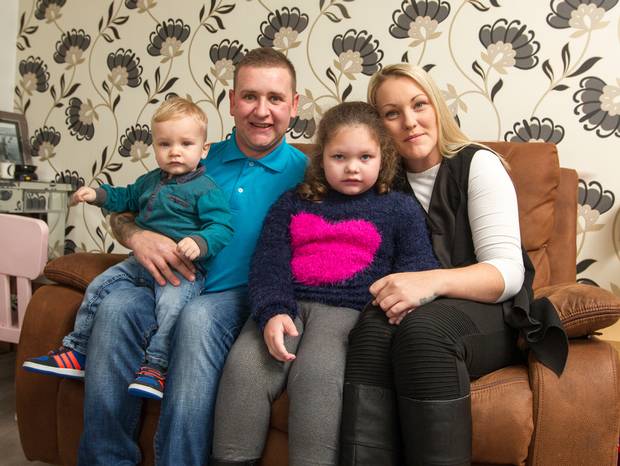