A public forum was held at the State Capitol Complex on Thursday to discuss House Bill 2961 and several people spoke out in support of the bill. Multiple Sclerosis patient Terry Lively shared her own experience at the event.

"People, when they hear the term marijuana, think that anyone that smokes marijuana is a pothead that doesn't do anything with their lives," Lively said.

Lively says obtaining, what she refers to as, her medicine to treat her multiple sclerosis, at times puts her in harm's way.

"In the past I've had to go places that I didn't really want to go to get the medication that, I think, helps me," Lively said.

That's why she and others were at the Capitol, lobbying to get house bill 2961 passed.

If the medical marijuana bill does pass, initially, it'll be up to patients to plant and pot their own cannabis.

The bill would allow each patient to grow up to 12 cannabis plants, while five non-profit dispensaries, or "registered compassion centers", are created across the state.

Delegate Manypenny, says profits from the dispensaries will benefit everyone.

"If they make a profit, they put that into community services," Manypenny said. "It creates a two-fold approach to reduce substance abuse in West Virginia."

If House Bill 2961 fails to pass Friday's committee meeting, Manypenny says he will not quit working toward legalizing medical marijuana until it is state law. 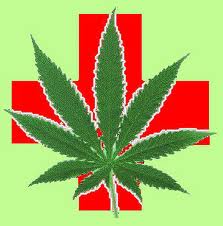