Isleton, CA--Isleton's planned marijuana farm may be dead, but officials from the Delta hamlet are alive and kicking, and they are not bowing to the findings of a recent grand jury probe of their town.

In a 52-page response to the Sacramento County grand jury investigation, Isleton officials say the panel's report on the planned marijuana project was filled with errors, ignored important facts and needlessly cost the cash-strapped town $100,000 to defend itself.

The town rejected findings that it had failed to exercise due diligence before approving the project, which would have allowed construction of a massive medical marijuana farm on the north end of town and provided large monthly payments to the city of Isleton.

The response also flatly rejects the grand jury finding that Larsen was being paid by both the city and the project founders, Delta Allied Growers, in an arrangement that was a conflict of interest.

Larsen, one of only two people who weren't offered immunity by the grand jury during its probe, is paid $150 an hour for services provided to the city, but during the approval process for the marijuana farm was being paid $250 an hour, partly by Delta Allied, to help draft documents for the project. Larsen and Isleton officials have said such an arrangement is typical for many cities and was not a conflict but an attempt to save Isleton costs.

"There was no conflict of interest," the response from Isleton states. "The city attorney did not receive 'additional compensation' from Allied."

Delta Allied pulled the plug on the project despite spending hundreds of thousands of dollars on it after federal officials threatened prosecution earlier this year.

Sacramento District Attorney Jan Scully also began a probe of the planned marijuana farm that quickly became a source of frustration for city officials who said they could not win any cooperation from Scully's office.

They chafed at the fact that every city official was summoned to the Sacramento Superior Courthouse to sit in the hallways waiting to meet with the grand jury, and their disdain for the grand jury's recommendations is evident in the responses provided about whether or not they intend to implement them.

"This recommendation will not be implemented because it is not warranted," one typical response states.

The city notes that federal and state laws conflict over medical marijuana, and that officials were open about seeking input on how best to proceed.

Isleton's response to the grand jury probe leaves little doubt that city officials believe they have been subjected to a pointless investigation that, so far, has resulted in no charges being filed against anyone.

"Isleton alone has incurred costs of over $100,000 to no avail, because the report fails to accomplish its stated purpose, and adds almost nothing of value concerning how Isleton conducts its business," the city response states. 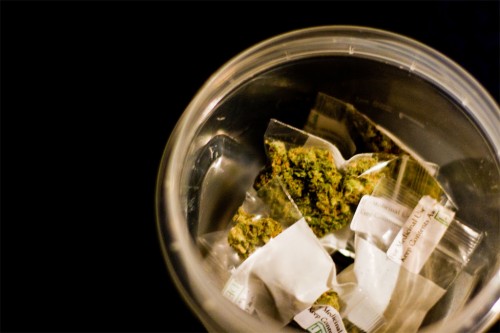