ISLETON, SACRAMENTO COUNTY -- Officials in a hamlet on the Sacramento River succumbed to the lure of easy money when they signed off on a plan to turn an abandoned housing development into a large marijuana farm, a grand jury said Monday.

In a blistering report, the Sacramento County grand jury said officials in Isleton had paid too little attention to the law when they approved a plan to build six greenhouses where marijuana would have been grown for medical use.

"They forgot the old saying, 'If it sounds too good to be true, it probably is,' " wrote Donald Prange Sr., the grand jury's foreman.

"The city ... pushed a project that is perched on the blurry edge of marijuana law," Prange wrote. "It did so, not because of any desire to test the limits of the law, but because of the promise of money and jobs."

The saga began in July 2010 when a marijuana collective called Delta Allied Growers approached the city with plans to build a 4,000-square-foot pot farm.

The operation would have been devoted primarily to marijuana research and development, said the group's spokesman, Scott Hawkins. The marijuana grown there would have been distributed at medical dispensaries in Southern California, he said.

The greenhouses would have been built on the outskirts of the town of 800 people, on the site of an abandoned housing development.

Officials in the cash-strapped town saw the plan as a great opportunity to turn a failed development into a profitable enterprise, City Manager Bruce Pope said.

Taxes and fees from the farm would have brought in as much as $850,000 a year, more than doubling Isleton's general fund, he said.

The City Council approved the project and the collective started installing greenhouses, a security fence and generators, and storing plants in the abandoned model homes.

"Then the D.A. showed up," Pope said. "She just lit into me, saying, 'You have approved a project that violates state and federal law.' It was crazy."

According to the grand jury, the project was in clear violation of federal law, which bans growing, distributing or possessing marijuana. State law is less clearly defined because of Proposition 215, the medical marijuana law that voters passed in 1996.

In May, U.S. Attorney Ben Wagner sent warning letters to Isleton and other jurisdictions about the federal law.

The project is now dead, and Isleton and its officials are out more than $200,000 in legal fees and lost wages incurred while complying with subpoenas to testify before the grand jury, Pope said.

"If they think we did something wrong, why didn't they just tell us so we could correct it?" he said. "This is not a rich town. We don't have time or money to waste on this kind of thing."

The grand jury was not sympathetic. The City Council should have read the law more carefully before committing to the project, the panel said.

The city has until Sept. 21 to respond. 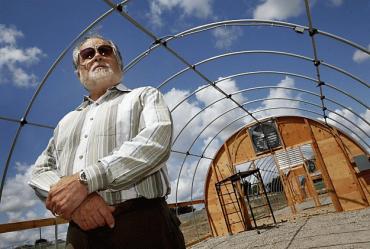