420 Staff
The Health Ministry is expected to publish a tender later this month that will allow additional farmers to grow cannabis for medicinal purposes in Israel. At least 10 farmers are expected to bid, three of them from the Gaza border area. There are currently eight approved medical cannabis growers in Israel.

The tender was meant to be published last month, but was challenged by the current growers in the High Court of Justice, on technical grounds. The ministry was asked to submit its response by the end of the month, but will nevertheless publish the tender on January 31. The results are expected in March.

Several farmers have spent the past year preparing for the tender, which could open the door to a profitable new crop.

"These are mostly farmers who engage in plant breeding and reproduction, and in plant research and development," explained attorney Hagit Weinstock, who represents some of them. These farmers have hired professional consultants and begun working with the Volcani Institute of Agricultural Research, among others.

"In principle, the state and the Agriculture Ministry want more growers to enter the market," said Weinstock. "It will lead to competition and could lower the price of cannabis to the patients, contribute to research and the development of new varieties, and develop new income options for farmers in Israel."

Some 18,000 Israelis currently have permits to use medical cannabis, but forecasters predict there will be at least 40,000 by 2018. However, the Israeli market is not the primary objective for growers; what interests them is the potential for foreign sales. They are eagerly anticipating a time when export to the United States and Europe will be permitted, which will turn cannabis into a highly profitable export industry that could make each grower millions of shekels a year.

"The motivation to enter the market stems from our being engaged in advanced industrial agriculture that's based on research and development," said a farmer from the Gaza border region who plans to bid. Today, he grows geraniums and petunias for export, a field in which he must compete with advanced markets in Europe and the United States to develop new varieties.

Commercial cannabis growth is a relatively new field, in which Israel has an advantage. "Abroad, they haven't succeeded in developing varieties and subvarieties of the plant that are suited to specific diseases," said the farmer. "Since my farm already deals with plant breeding and selection, I think we're suited to the development and growth of new cannabis strains. I have a special team of agronomists and marketers who are in touch with different markets. We are aiming mainly for export, since the market here is not big enough.

"We hope that, in the first stage, we'll win the tender," added the farmer. "The second stage is to develop varieties devoted to specific diseases. We have experts in genetics that are supposed to advance this."

Israel does not permit cannabis exports, despite repeated requests by growers to allow it. Growers will have to wait until an interministerial steering committee completes its deliberations on the issue.

There are many places in the world eager for the crops and know-how that have accumulated in Israel, whose cannabis growers regularly receive delegations of farmers, manufacturers and regulators from overseas. The Czech Republic has even submitted an official request to purchase cannabis from Israeli growers.

The local cannabis industry has developed unique methods for quality control of crops, controlling and monitoring the material from planting until it reaches the consumer, developing new technologies for extracting the active ingredients, development of relevant industrial equipment, and more.

Israeli cannabis growers are already involved in consulting and assisting international growers, and are themselves growing cannabis around the world.

Medical cannabis consumption in Europe was estimated at about 1,500 tons in 2014. Canadian consumption is expected to reach a similar amount by 2018, as the number of medical marijuana patients there may reach 450,000.

The cost of medical cannabis is currently dictated by the Dutch market, but if Israel would allow the plant to be exported, Israeli growers could easily supply enough material for another 100,000 users at a third of the price.

In December 2013, the cabinet approved a resolution regulating medical cannabis in Israel that was formulated by the health, agriculture and public security ministries. The regulations included new procedures for growers; for the collection, control and distribution of cannabis to patients who consume it; and called for tenders to attract additional growers.

Sarel Supplies & Services for Medicine Ltd. was authorized by the Health Ministry to oversee the tenders, but the current growers filed a court petition against Sarel's conduct of the tenders, which is why they have been delayed. 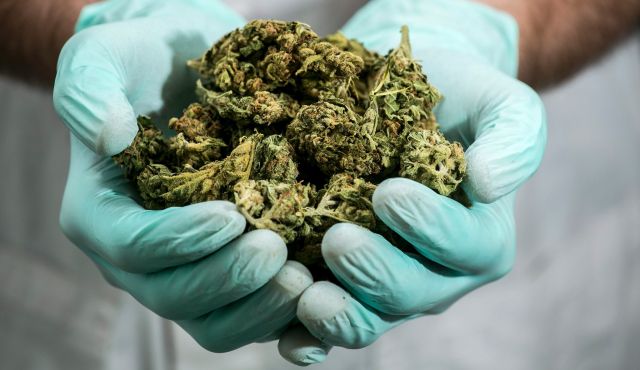 Re: "The second stage is to develop varieties devoted to specific diseases. We have experts in genetics that are supposed to advance this."

I think his first step should be to talk with adult medical marijuana patients who have been successfully medicating a few years. I doubt that many of them believe there is one strain for one disease or would want to be limited to one 'perfect' strain. In my limited experience, patients want a variety of strains throughout the day or week, both for tolerance reasons and the broad spectrum of beneficial effects found in multiple varieties.

This concept makes about as much sense as looking for the one perfect food. Not going to happen.
This is a pop a pill pharma approach to 'improve' a proven holistic medicine solution.
Radogast

Radogast, you bring up some good points brother, but what the Israelis are doing is a damned good start regardless of a perfect strain, which we both know doesn't exist now or in the future.

gryzzly56 said:
Radogast, you bring up some good points brother, but what the Israelis are doing is a damned good start regardless of a perfect strain, which we both know doesn't exist now or in the future.
Click to expand...

I'm waiting to see what the Italian army grows.

Whatever it smokes like, I imagine it will LOOK fantastic!