A large number of people were spending their Fourth of July in line to a unique kind of farmers market in Boyle Heights. The featured product: medical marijuana. The lines were outside the door to the 20 to 30 medical marijuana growers inside the Boyle Heights California Heritage Market on Friday. Some people reported waiting up to an hour-and-a-half to get in. Paizely Bradbury, the executive director of the farmers market, said she has been monitoring the line all morning long.

"I've been walking up and down the line. It's insane," Bradbury said. "You are dealing with the growers themselves and you are going to get pretty much 70 percent off than a dispensary." A grower, identifying himself only as Keith, said the response to the market has been tremendous so far on the first of a three-day event. "So far this is crazy because nobody has seen the likes of this," he said. "Neither farmers or people buying." Membership and access to the market is free only to medical marijuana license holders, and organizers said ID's were being checked before anyone entered. Organizers said there is a possibility that the farmers market will be a weekly fixture if all goes well with the opening. 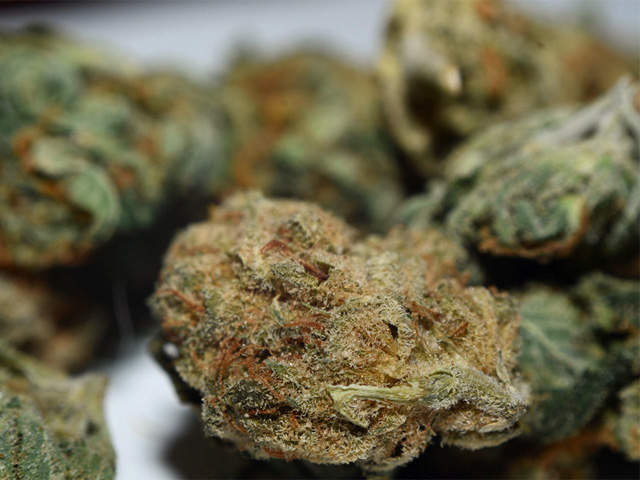 Jul 15, 2014
The General
T
T
Pot 'Farmers Market' In Boyle Heights Off To A Roaring Start