Hey hey..
..it's been a little bit. Life is funny sometimes. Sometimes you grow reefer and sometimes you have to buy it.

Let me start by saying I've missed everyone here while I've been away.. the man needed me for a bit.

I have a dope spot in the sticks so I figured I'd go off outdoors this summer.. these two are about two months old and just came out of their Solo cups. They started to flower because I had them under the big light for a week or two after flip. 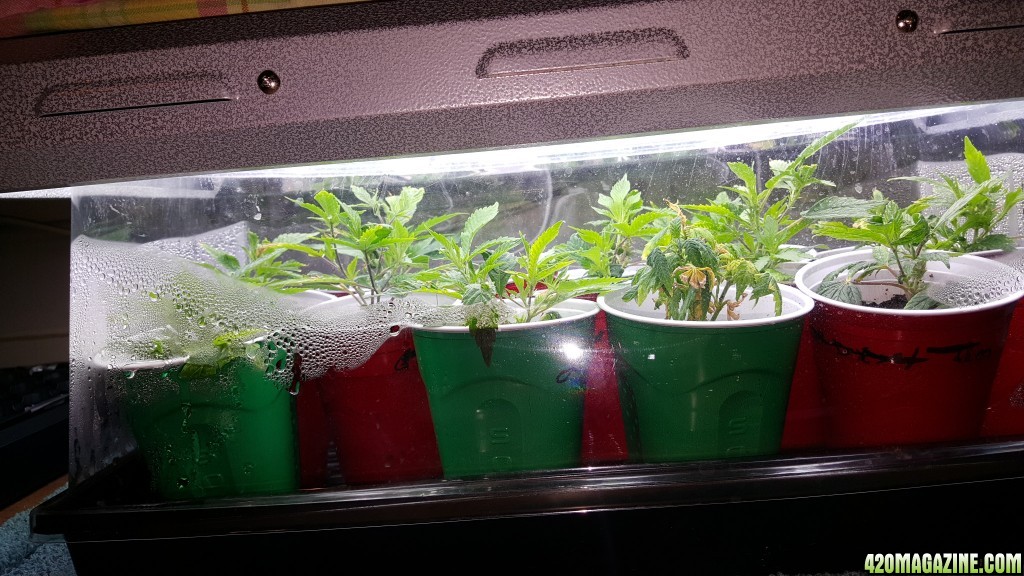 here's the Lil ones that will be the bulk of the outies.. I'm gonna do one more round of clones but they'll be a monthish behind. 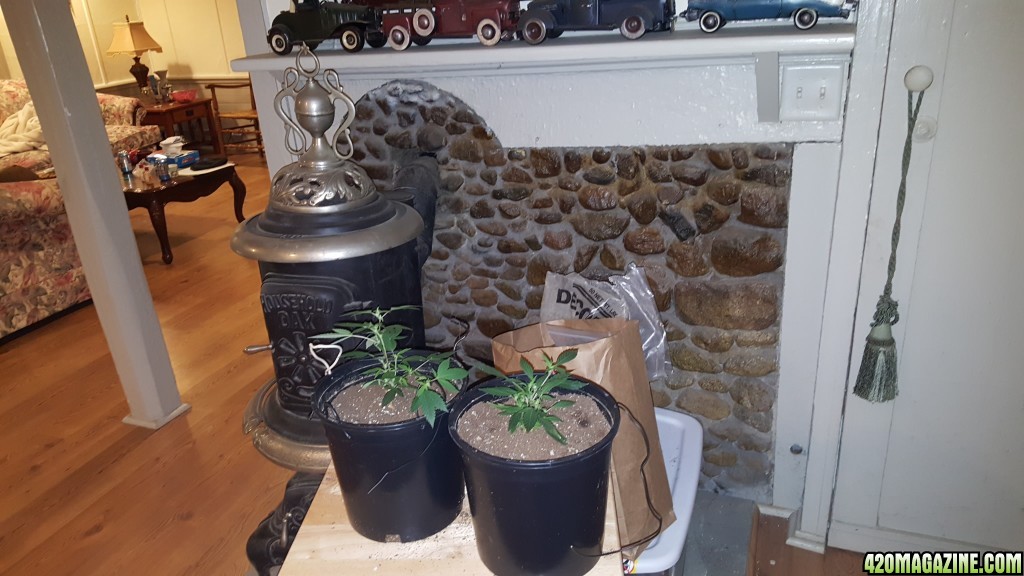 sorry!! Flip that... the clones have been rooted for about 5 weeks.

M here's the big girls.. I thought they were all Strawberry cough but they're obviously not the same. Could be a serious AK in there.they started in August outside. They're grown in coco full organic. Lots of poop shells and bones. There in 7 gal knock off smart pots? 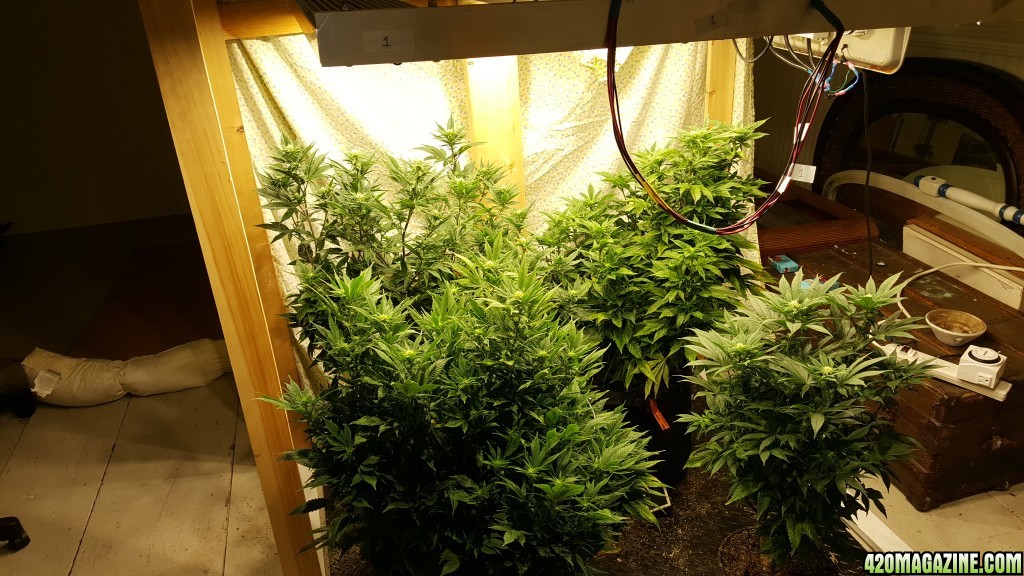 I flipped about two weeks ago. They're getting nice! I just top dressed with some seagull shit, fish bones, worm poop and bat poop. And alfalfa seed.. I love that shit! 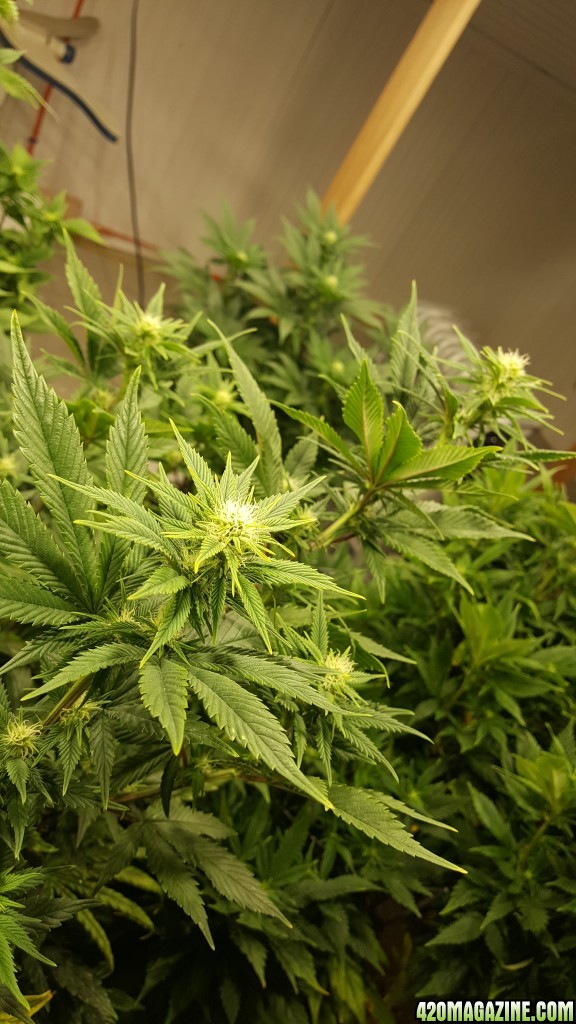 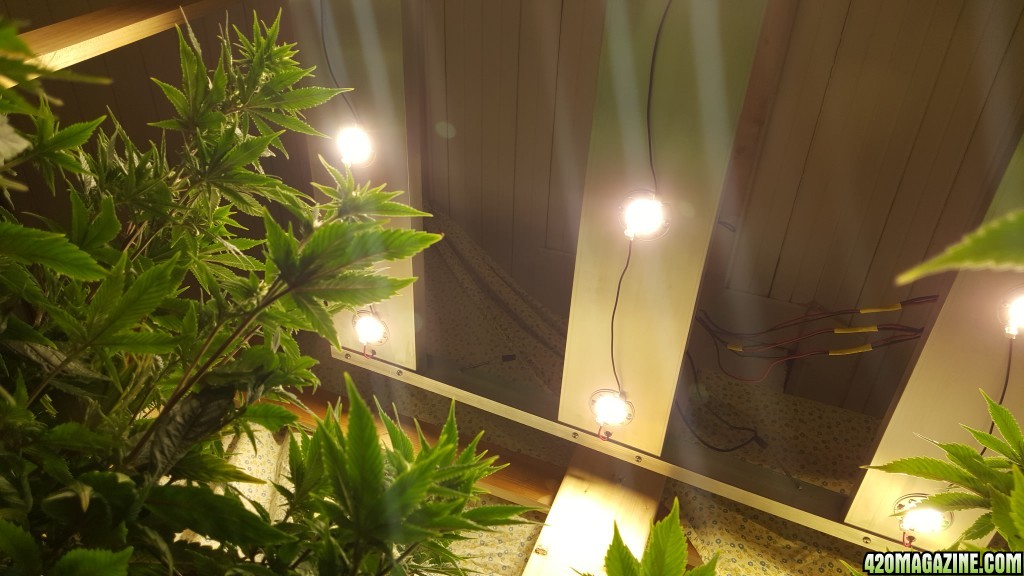 anyone interested in DIY spend the $$ on parts. I've only built this one but have taken a few apart and there is a huge difference in quality of parts 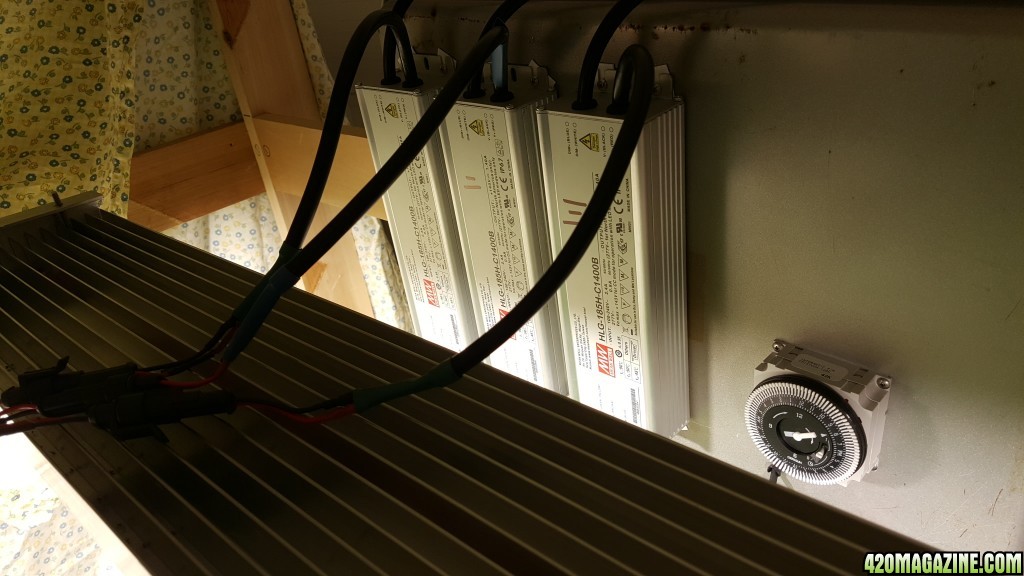 Ghetto grow room.. I'm a Broke ass nigga right now so I gotta use sheets. The reefer will still be bomb! 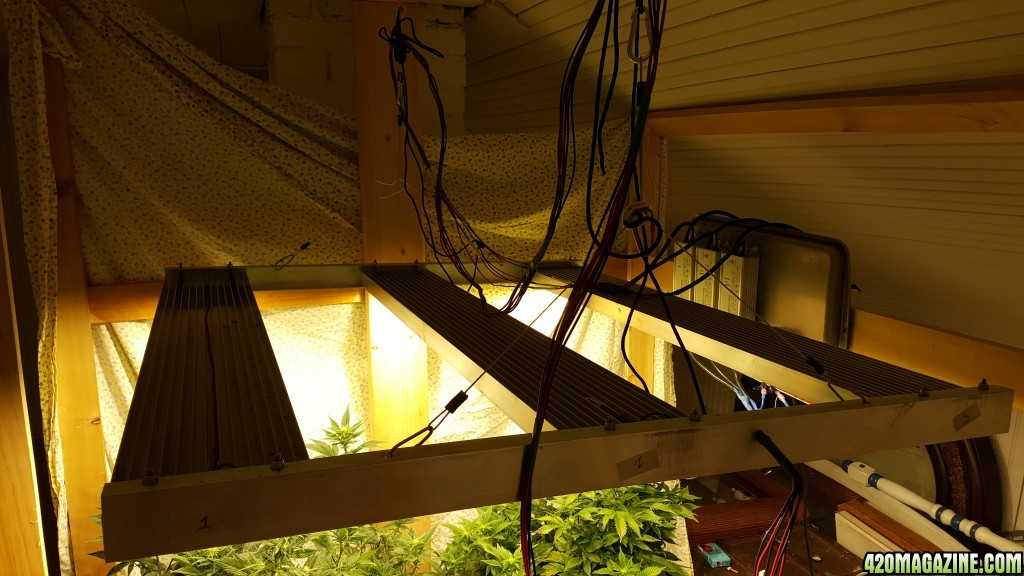 Love you guys!!
Put that record on..

Lookin' good there. Jealous that y'all beat us in the legalization race

Ya mang! I've been researching but I can't find anywhere I can't have 30-40 going. As long as they can't see them with binos.
Put that record on..

Wedding Pi, and some other Kinds. Winter 2020 (Complete)

Thanks For Being Green!
G

Ya mang! I've been researching but I can't find anywhere I can't have 30-40 going. As long as they can't see them with binos. And I don't have 10 zz in the car.
Put that record on..

Grow Journal of the Month: March 2017

Good to see you back grimm. Like your new lights...remember before you "left" that you were planning to build them. Garden looks great...green & healthy.

Ya mouse straight up legal.. Ive been a card holder since the beginning and i think ill keep it going anyways. Im sure ill get grandfathered into something sweet.

Jesse, Im going to flower out then veg until springtime. The little ones will go under the big light until Mothers day then it will get shut off for a while.

Hey bright.. ya brother good to be back around.. gotta figure out how to stop getting caught.

I figured out the tags.. I was pretty vague in the first post this is an AK-47 by serious seeds I grew it outdoors this summer and it was decent but not the winner. 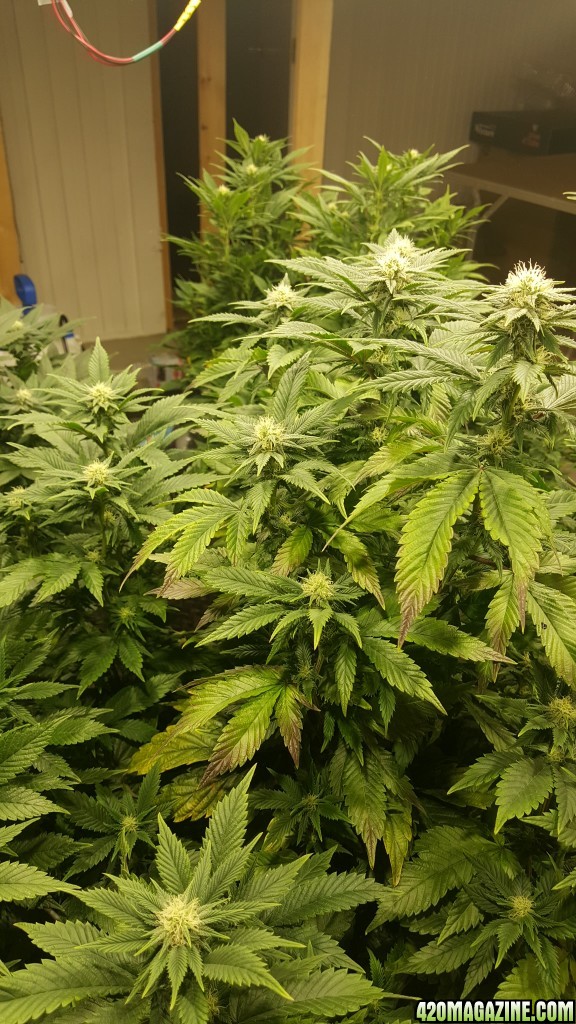 I beat the crap out of theses girls when they were young. 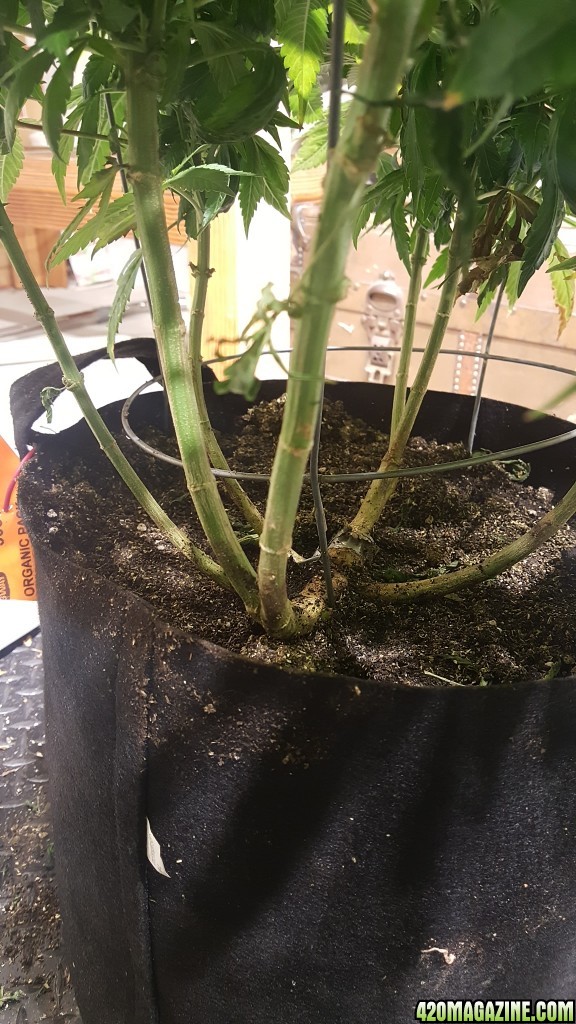 This one and the one behind it are some bomb Strawberry cough. I got one clone last spring and have kept it going.The few I grew out this summer smelled like pineapple after a good cure. 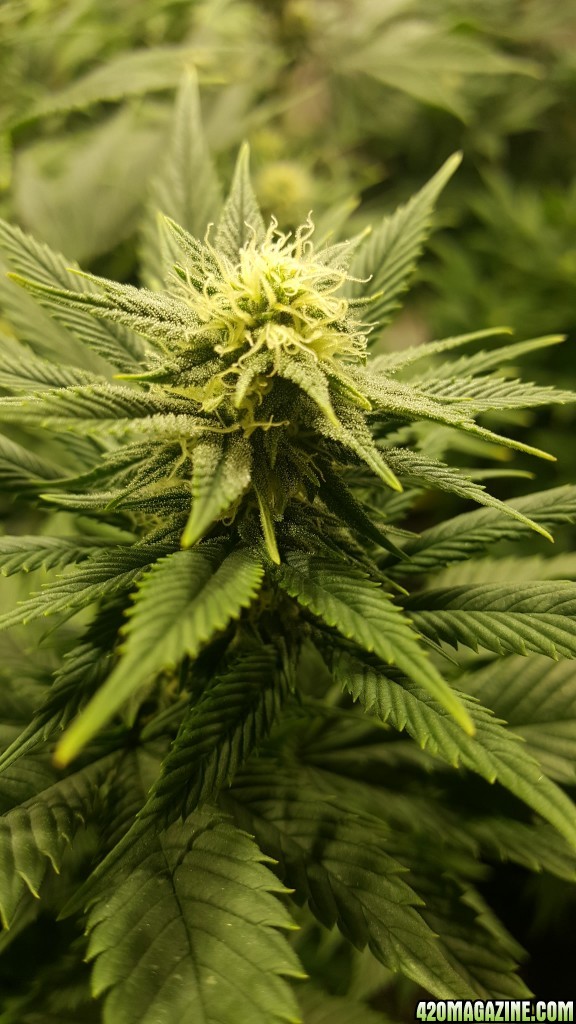 They're already getting frosty after two weeks of flower. 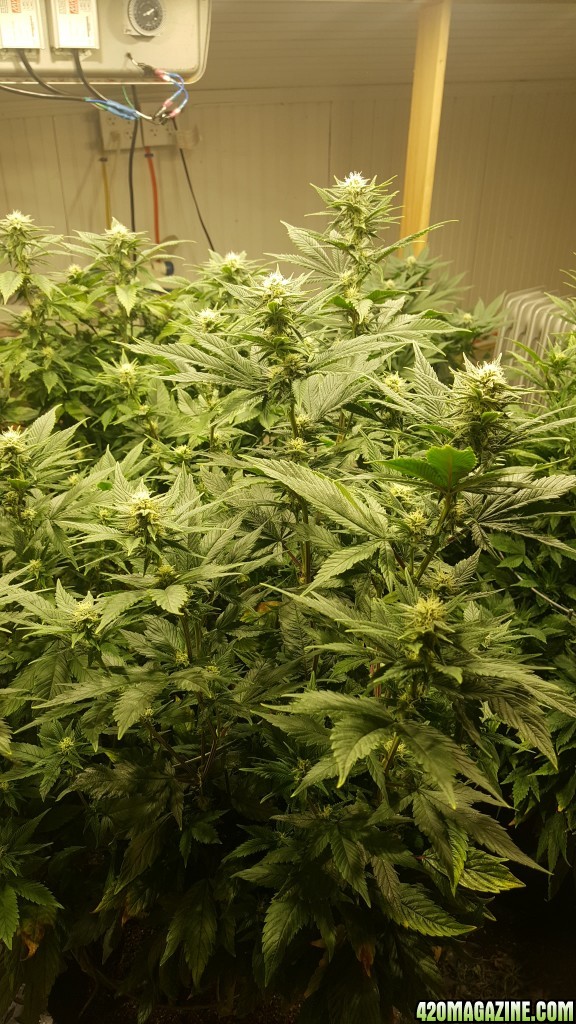 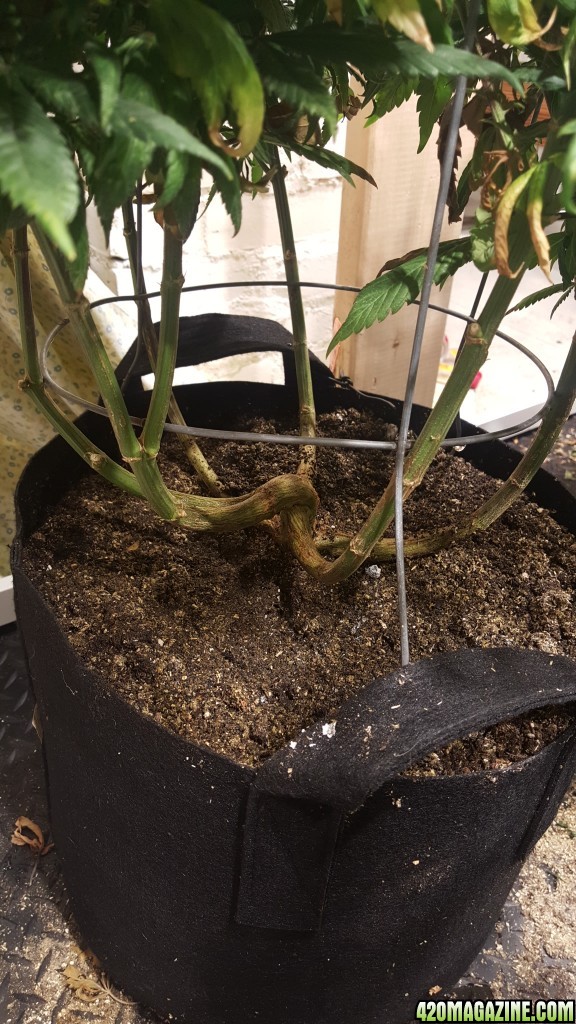 This one was a mother that I cloned off of for a few months. It's the only one in a 3 gal because I wanted to keep it small 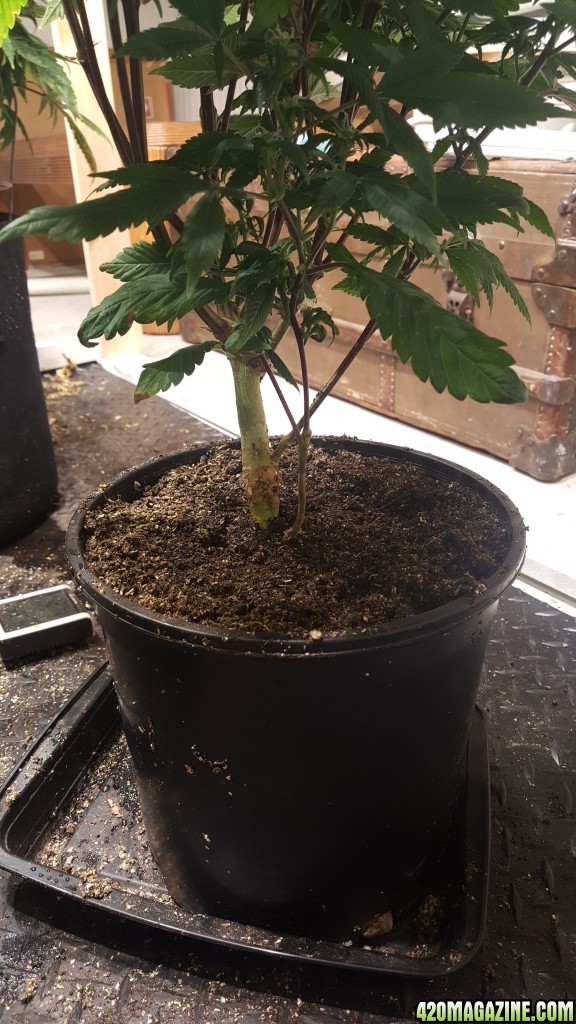 I have no idea what this one is. It was grown from seed out of the '90s stash..it has tons of tops but only a few of them are doing shit. 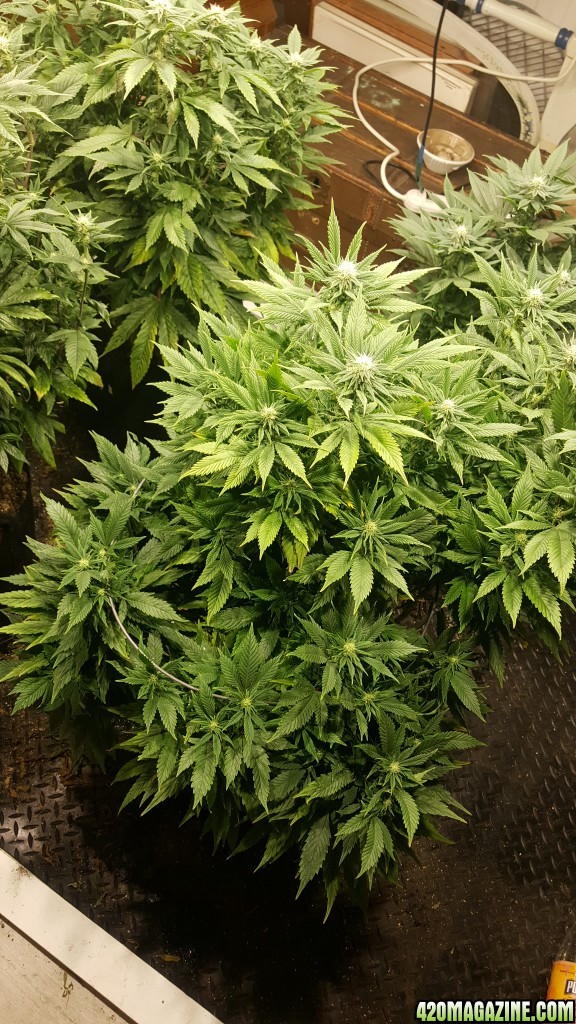 Took the beating nicely too... 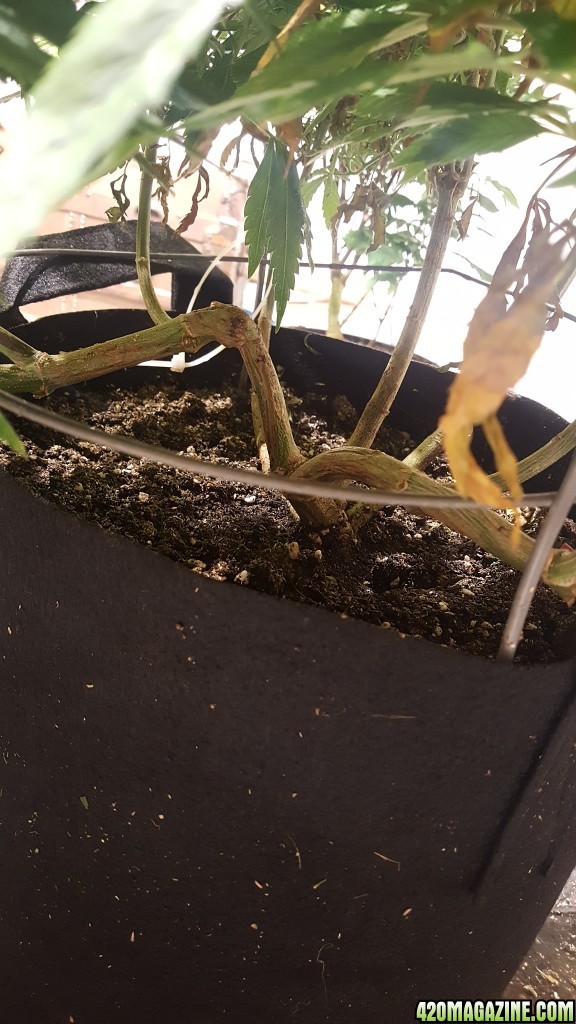 Any ideas on the purple?..it's just the tip on one plant
Put that record on..

Grow Journal of the Month: March 2017

My last Serious AK wasn't what I hoped for either. She was bothered by my pre RO water more than most. I'll take the blame & try again someday. Seeing that your leaf discoloration is on older fans makes me think of K or P issue...excess or pH throwing things off. But hard to tell by me looking at a pic.

Oops..
Put that record on..

The tap comes out at about 7. I usually put a can of seltzer in to drop it to about 6, I don't have a meter but I have used the drops once to see what it took to get it close.

Temps have gotten down to 50-55 a few times during some real cold days. It's in an un-insulated attic space with an electric oil radiator running. I have plans on enclosing the frame with pvc sheets but I ran out of time and money.

I have noticed that my knat problem has gotten significantly better since I've been using the seltzer. It could be the cold Temps but it seems like the co2 from the water may be nuking the eggs.

I'm bummed about the AK, I've smoked some killer but wasn't really feeling the batch I grew. I still have a few regs and may try again in the fall. This is a clone off of an outdoor girl.
Put that record on..

Masshole here, subbed and reporting in.

I forgot how much I like it here..
Put that record on..

Has anyone heard of co2 for bug prevention?
Put that record on..

grimmreefer said:
Has anyone heard of co2 for bug prevention?
Click to expand...


Not I...though it would make for a healthier plant, and that in itself helps repell the little monsters. For gnats, I just covered the soil with a layer of perlight and bottom fed for a few weeks. They all went away.

I've tried everything I'm pretty sure I've had knats for like five years. up until now nematodes were the best defense. The seltzer seems to kill them before they're born.. abortion by soda!? I haven't tried it on the clones yet.
Put that record on..

Gnats are a flying f'ing nuisance lol. I'm managed to avoid them lately, thankfully, knock on wood. I've used a few things that worked. I can't really remember what exactly

If you can remember I'd like to know....makes me think my plants have lice.
G

Alaskan420907 said:
If you can remember I'd like to know....makes me think my plants have lice.
Click to expand...


Use nematodes. It takes 2 doses.

Edit... ya bro... little killers.. water in one sponge then do the next a week lateer. Or you can try the seltzer. It has been seeming to work
Put that record on..