Earlier this month, The Stranger uncovered a draft document outlining the state's plan to gut the medical cannabis law approved by Washington State voters in 1998. This week, a work group created by the legislature announced recommendations even more severe than the ones we reported.

In addition to eliminating medical marijuana dispensaries, the current proposal would: (1) terminate the rights of patients to grow cannabis at home, (2) block legal defenses in court raised by patients who use cannabis under a doctor's supervision, (3) create a taxpayer-funded patient registry program, (4) reduce possession limits from 24 ounces to three ounces, (5) require doctors to register pot patients with the state, (6) forbid doctors from specializing in medical cannabis, (7) negate every pot authorization in the state when retail pot stores open, and (8) allow newly registered patients a tax exemption at legal pot shops.

Part of the state's goal has been to implement Initiative 502, which is the recreational marijuana law passed last fall that will allow for strictly regulated retail stores, but that law says nothing about medical marijuana. The four-page memo is a charade. It os-tensibly represents a spectrum of government interests (including the state's departments of health, revenue, and liquor), but it is written on liquor board letterhead. And even though the budget rider that created this work group made no mention of the governor's office, Governor Jay Inslee's senior policy adviser took a seat on the work group–which met in secret and claimed to be exempt from public disclosure laws–and appears to have approved all of these proposals.

To be absolutely clear, the state's medical marijuana law was never supposed to be governed by an alcohol board. And I-502's language was not intended to affect the medical marijuana law–not by those who sponsored it or the voters who passed it. Yet opportunistic bureaucrats are using I-502 as justification to remove such basic rights as legal defenses and home cultivation for the sick and dying.

Ironically, this blow to civil liberties can be tracked back to the original backers of I-502, the American Civil Liberties Union of Washington. The ACLU and I-502 sponsor Alison Holcomb promised voters the recreational pot law wouldn't affect our medical cannabis law. They have the most credibility to denounce this recommendation to the legislature. "The ACLU opposes elimination of home growing and the affirmative defense," confirmed Holcomb.

The City of Seattle can also flex its lobbying power. City council members, City Attorney Pete Holmes–a sponsor of I-502–and Mayor Mike McGinn should steadfastly stand in support of patient rights. The rest of us can call the legislative hotline at 800-562-6000 and tell them to leave the medical marijuana law intact. recommended 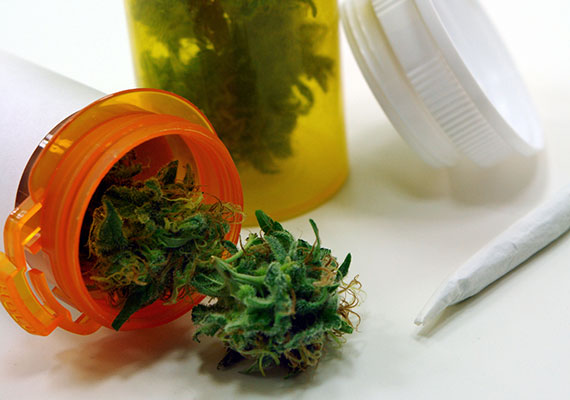 letter i sent to my reps;
I have on idea where you stand or your personal opinion on the subject of medical marijuana but the people who set up the original rules on this had a pretty good idea of what was needed for the normal medical grower to have a supply to last a year. most medical users cannot afford a indoor growing operation or the bills it requires to operate this type of operation. 24 ozs sounds like a lot until you realize it is a years supply and must last until the end of the next growing season. The liquor control board is planning to tamper with theses rules, I'm not sure their power , derived from the recreational use law, which by the way i do not support, gives them any control over the medical use.
They are two separate and distinctly different things authorized under two different legislative acts. It seems to me they are overreaching their power and trying to extend their control into a area where they have no power.
Medical users by and large cannot afford the prices that the recreational user can pay, they are going to use it once in a while and the medical people use it daily, huge financial difference.
I have given them my input but i request that you examine their new proposals and how and where they are getting their power to try to regulate the medical end of marijuana.
please share your thoughts on this matter and give the liquor control board your input on this matter.

T
Can The Medical Pot Law Be Saved? Olympia Looks Intent On Repealing Rights For Sick