OTTAWA - Canadian jail cells are not going to be brimming with teenagers and college kids who share pot with their pals, according to Justice Minister Rob Nicholson who maintains one of the most contentious facets of his omnibus crime bill has been grossly misrepresented.

Mandatory minimum sentences for marijuana production are designed to target organized crime, gangs and grow-ops, he said in a year-end interview with Postmedia News.

They don't apply to young offenders and even new provisions that aim to penalize adults who are trafficking drugs around schools mean perpetrators would have to be caught with an "eight-pound joint" to be saddled with a mandatory minimum under the safe streets and communities act, he argued.

"I want to make that very clear because it was not clear in some of the criticisms. If somebody was thrown in jail under this bill, they were in the business of trafficking."

It's been a particularly acrimonious year for Nicholson, who has come under fire for bundling nine vastly different bills into one and pushing it through Parliament thanks to his party's new majority. 2012 isn't expected to get any easier. In January, Nicholson will meet with his provincial counterparts in what will undoubtedly be a difficult session.

Ontario and Quebec have both refused to pick up additional costs associated with the C-10 crime bill.

An old government cost breakdown associated solely with amendments to the Youth Criminal Justice Act - which was among the pieces of legislation wrapped into the crime bill after the government failed to pass it in previous minority Parliaments - found incarceration levels would increase by 33 per cent at a cost of $717 million over five years. And half of that would be absorbed by the provinces.

Nicholson, however, has stood by newer figures that suggest the entire safe streets and communities act would cost the federal government $78.6 million over five years.

The government has not speculated on costs to the provinces but Nicholson knows exactly what he'll say to his counterparts when the subject comes up.

"One of the things that I will reiterate is that we have acted on a number of the measures that they have proposed to us," he said, noting many of the changes to the Youth Criminal Justice Act, as well as an earlier decision to eliminate two-for-one sentencing, was based on their advice. 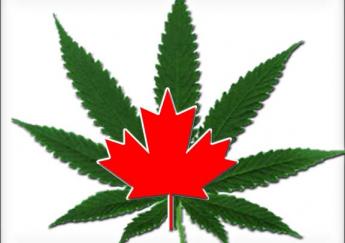 all they have to do is look across the border and realize prison costs will rise way more then 78 million over 5 years.

All mandatory min sentences did here was fill prisons up, and the private prison industry and prison unions lobby to keep the prisons being built and the drug laws tough.

You get more time for having a pocket full of drugs then you would if you broke into someones house or business.
4

corners said:
all they have to do is look across the border and realize prison costs will rise way more then 78 million over 5 years.

All mandatory min sentences did here was fill prisons up, and the private prison industry and prison unions lobby to keep the prisons being built and the drug laws tough.

You get more time for having a pocket full of drugs then you would if you broke into someones house or business.
Click to expand...


Yep, you get off easier for murder here in GA than you do for having one plant...What!!!

Their is something totally wrong with that picture...for sure!!!

My dad and I were just talking about that and what he said made sense...he said, "their is more money to be made from drugs than murder"...He's totally right and that's totally wrong!!!

People always seem to wonder why I'm so bitter...is it not clear, why?

If it were not for my little boy, I'd be such a Californian by now!!!

Don't get me wrong, I love GA...the people and the country way of life here is what I grew up knowing but the treatment we receive, for just wanting to live our lives, in our own way, is inexcusable, at best!!!

Now y'all wonder why I keep on about "Federal Legalization'? I don't wanna have to leave my home and I shouldn't have to!!! I pay my state taxes! & I deserve better treatment from my state government!!! That's it!!!

I think it's time for people to quit on a state by state basis mind set and start looking to change our Federal laws.

It's pretty selfish to only worry about one individual state when we are all Americans and we ALL deserve better...don't we?

Why not vote for Ron Paul? Who else do we have that's better, to vote for? Romney or Newt? Cammon' give me a break!!! Really? Neither are worthy of my vote!!!

Granted, Paul is not perfect but at least we know where he stands on Canna Legalization...for sure, he's proved it, by writing a bill to Legalize Marijuana.

Have these other people done that....NOPE!!! Did they even support it...NOPE!!!

We have to be careful not to vote for the wrong one because, the wrong guy in office will banish the notion of state rights and their goes you guys MMJ states...gone from existence are the MMJ dispensaries, that are helping people get their relief!!!

Jury is still out on Romney...does anyone know where he stands? IDK? but I haven't heard anyone say he's for legalizing so, I don't think that's in his plan either?

OMG, don't say Romney around here! That dude talked Christie into blocking New Jersey's MMJ law because Romney is considering him for VP! Romney has vowed to shut down every MMJ dispensary in America and say's on a continual basis "they have pharceutical synthetics that REAL doctors can prescribe for that". There are over 25 instances (mostly townhall meetings) where he points out he is deathly opposed to MMJ.

4
Harsher Sentences for Pot Growers Than for Pedophiles