There seem to be few dull moments in the life of first lady Akie Abe, who sometimes spends her time hosting a web-based talk show, harvesting honey from a bee farm and even paying occasional visits to the contentious Yasukuni Shrine.

Most recently, Ms. Abe raised eyebrows after telling a Japanese magazine that she has considered becoming a hemp farmer to help revive the traditional culture.

In an interview with Spa!, Ms. Abe was quoted as saying that she had become interested in hemp cultivation and considered applying for a permit to grow the plant after studying its history.

"Hemp is a plant of which all of its parts can be used effectively," Ms. Abe is quoted as saying. "While it is not yet permitted in Japan, I think it can be put into great practical use for medical purposes as well."

Of course, hemp and marijuana come from the same plant, and Japan maintains a hard line on marijuana. The Cannabis Control Law enacted in 1948 bans the import, export, cultivation and purchase of marijuana. But prior to that, hemp was widely grown in Japan and used to make fabric and for use in imperial ceremonies. There are legal hemp farms in Japan, but they are rare and require a special permit.

Ms. Abe said in the article that she'd like to revive Japan's tradition of growing hemp. "I've even considered myself to apply for a permit to grow hemp," she was quoted as saying.

The article included a photo of the first lady visiting a legal hemp farm in western Japan in August and posing for a photo in the middle of the plants. 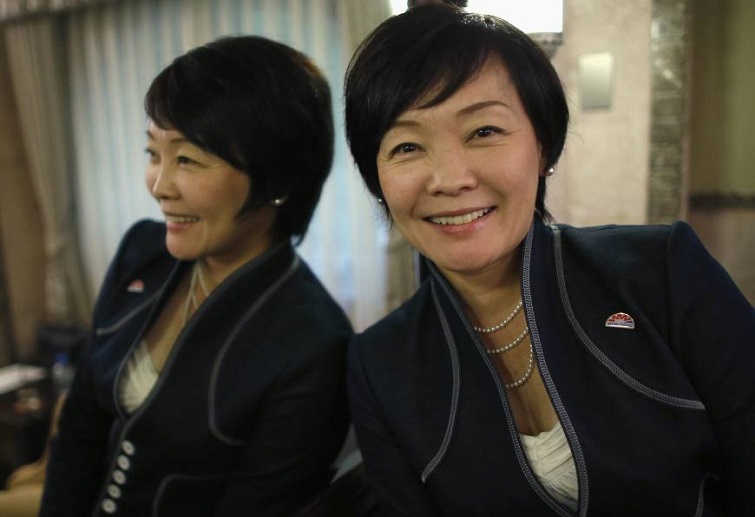