Former actress Saya Takagi was arrested in Okinawa on Oct. 25 for possession of marijuana, three months after she unsuccessfully ran for a seat in the Upper House election on a platform to legalize pot for medical purposes. She insists the contraband was not hers.

Though Takagi, whose real name is Ikue Masudo, is retired from showbiz, reruns of dramas she appeared in are still shown on TV. When a celebrity is involved in a scandal, broadcasters scour their lineups for any ties to the disgraced person. TV Asahi quickly scrubbed from its afternoon schedule old episodes of the popular detective series "Aibo" that featured Takagi. Nikkan Gendai reported that DVDs containing films or shows featuring Takagi are being recalled, and a TV program is removing a theme song partly written by her.

Her demonization has intensified with the implication that she was living with two men, also arrested, as lovers, thus branding her as a woman of loose morals. The purpose is to feed a negative image, even if it's just hearsay. The only facts that Gendai can corroborate are quotes from the police.

Gendai is a tabloid and "attack journalism" comes with the territory, but the rest of the media, even the major dailies, have taken its lead, including those that are nominally liberal. Asahi Shimbun mentioned the arrest without elaboration, but Tokyo Shimbun ran an in-depth story on Oct. 27 that cited Takagi's claims of the benefits of medical marijuana, which are increasingly accepted in North America and Europe. While the article admits marijuana is "less addictive" than cocaine and heroin, it emphasized that it is still illegal in the eyes of the U.S. government and quotes a Japanese health ministry official as saying there is no "definition for medical use" of marijuana in Japan. A professor told the reporter that marijuana is a gateway drug to harder stuff - a cautionary cliche that is difficult to prove.

But Tokyo Shimbun's most egregious failure is its assertion, per the health ministry, that the World Health Organization "does not acknowledge the medical effectiveness" of marijuana and, in fact, points to its "harmful effects." The WHO has traditionally maintained that habitual use of marijuana can lead to health problems, but it has also supported the idea that cannabis could have pharmacological benefits.

This inconsistency has more to do with politics than clumsy rhetoric: the organization receives funding from parties that have a stake in keeping marijuana illegal, and for Tokyo Shimbun to cover the medical aspects of pot without mentioning these details - including the fact that the health ministry has contradicted itself with regard to the WHO's medical marijuana stance - indicates a predisposition to denigrate it at all costs.

The monolithic media movement in Japan against medical marijuana is mostly one of subtraction: Takagi's July campaign was ignored by the vernacular press and, with the exception of TV Asahi, coverage of the trial of Masamitsu Yamamoto, a man with terminal liver cancer who grew marijuana to alleviate his suffering, went no further than the tiny courtroom where it took place. Also, there was no coverage of former Shinto Kaikaku (New Renaissance Party) president Hiroyuki Arai's May speech advocating research into medical marijuana, but there were plenty of reports that the man who murdered dozens of disabled people in Sagamihara last summer had smoked pot.

Japan's anti-narcotic laws are notoriously punitive, but marijuana has its own peculiar status. As explained in Hideo Nagayoshi's book "Taima Nyumon" ("An Introduction to Cannabis"), the Hemp Control Law is separate from the Narcotics Control Law. It was implemented by the GHQ during the American Occupation after World War II. Nagayoshi stresses that marijuana could have been added to the NCL, which was already in place at the time, if they wanted to criminalize its usage, but they wanted more.

Hemp production has a long history in Japan, and when cultivated the species does not contain much THC, the substance that provides the high. The plant was commercially vital for making textiles and pulp, which American companies one day hoped to export to Japan, mainly in the form of acrylics and other petroleum products. In order to safeguard its hemp industry, the Japanese government threw the Americans a bone by inculcating prohibitions against the medicinal use of hemp, a practice Japan imported from China, where marijuana had been a traditional cure for centuries. In such a way, marijuana was rendered a narcotic.

Consequently, it cannot even be researched in Japan. The law theoretically goes beyond possession to cover contact outside Japan's borders. When a Japanese snowboarder admitted to smoking pot at a camp in Colorado last year, he and another snowboarder were suspended by relevant sports associations but also investigated by Japanese police. Such publicity creates an atmosphere of paranoia. In a survey of online comments about medical marijuana compiled by Nikkan Sports, everyone who said marijuana has benefits, including noted neuroscientist Kenichiro Mogi, also stressed that they would never, ever use it themselves.

Even hemp production is cause for suspicion. Last month a hemp farmer in Tottori Prefecture who became famous when the prime minister's wife, Akie Abe, promoted his product as ecologically and economically important was arrested for marijuana possession and, as a result, all growing licenses in the prefecture were revoked. He - or perhaps Japan's first lady - had drifted a little too close to the flame.

That may have been what happened to Takagi, who ran under the banner of Arai's now-dissolved party. Regardless of whether or not she was using it, her vocal support for the herb unnerved the authorities, so they made an example of her. But they couldn't do so without the help of the press, who seemed only too happy to oblige. In Nikkan Sports, radio personality Morley Robertson remarked that Japanese coverage of marijuana has been "lazy," except when the media is called upon to launch a witch hunt.

"That's the kind of drama they depend on," he said. 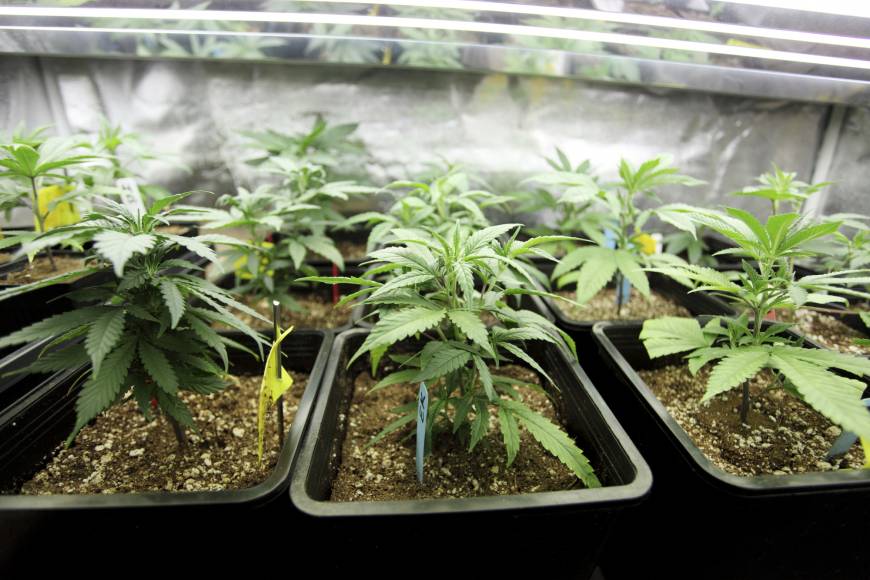 In Drug-Leery Japan, Arrests For Marijuana Are On The Rise