Trainwreck was a Humboldt seed and its lineage is a Mexican landrace crossed with a Lowland Thai landrace that was double crossed to an Afghan landrace. It is strongly sativa dominant, with indica presenting at 15%-20% from the Afghani great grandparentage.

Sex Bud, from Female Seeds, is the classics of Cindarella 99 crossed with the ever present Skunk #1. Regarded by some as an aphrodisiac strain. It is also 3/4 sativa, which is the expectation of what my product should be. Figure, if done well, it might get about 25% THC too. 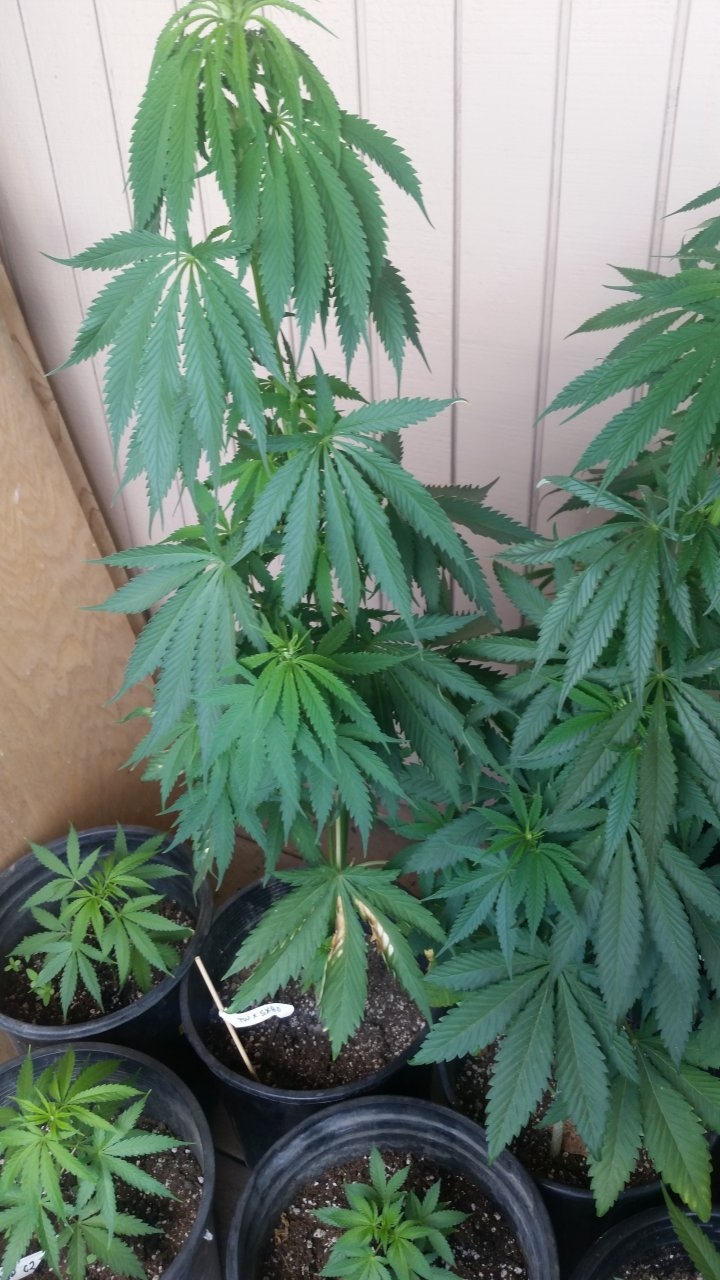 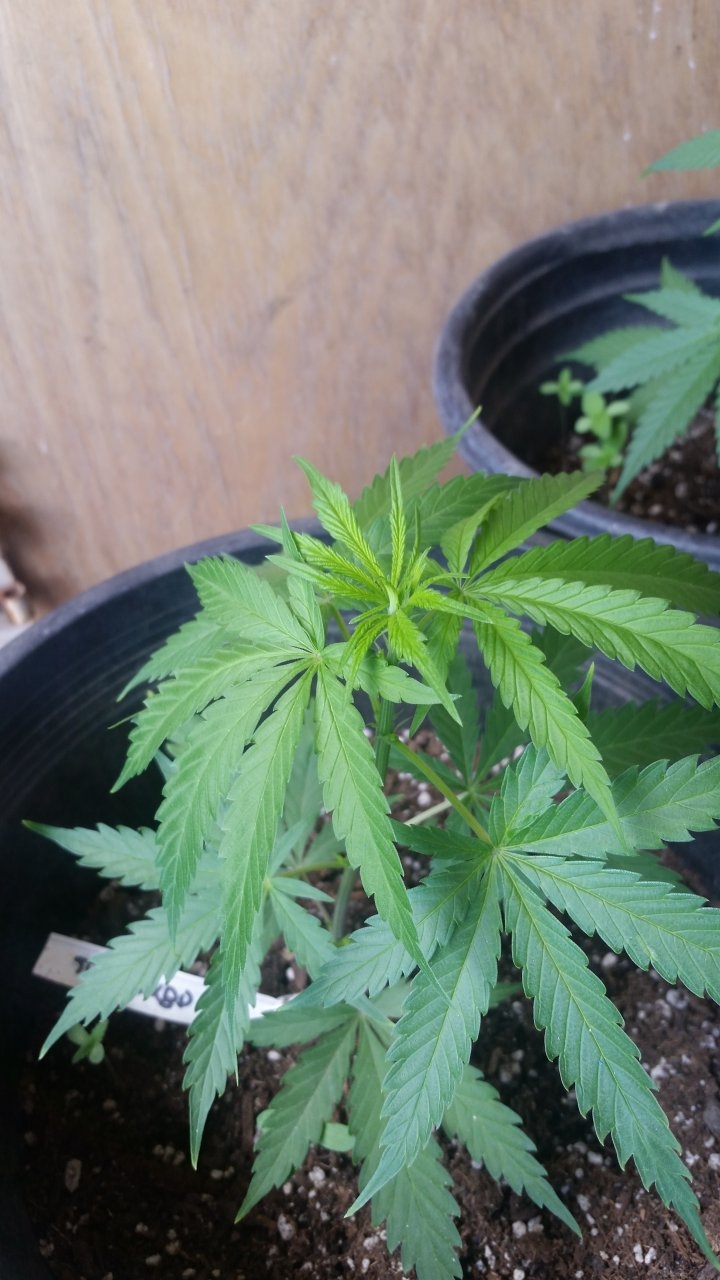 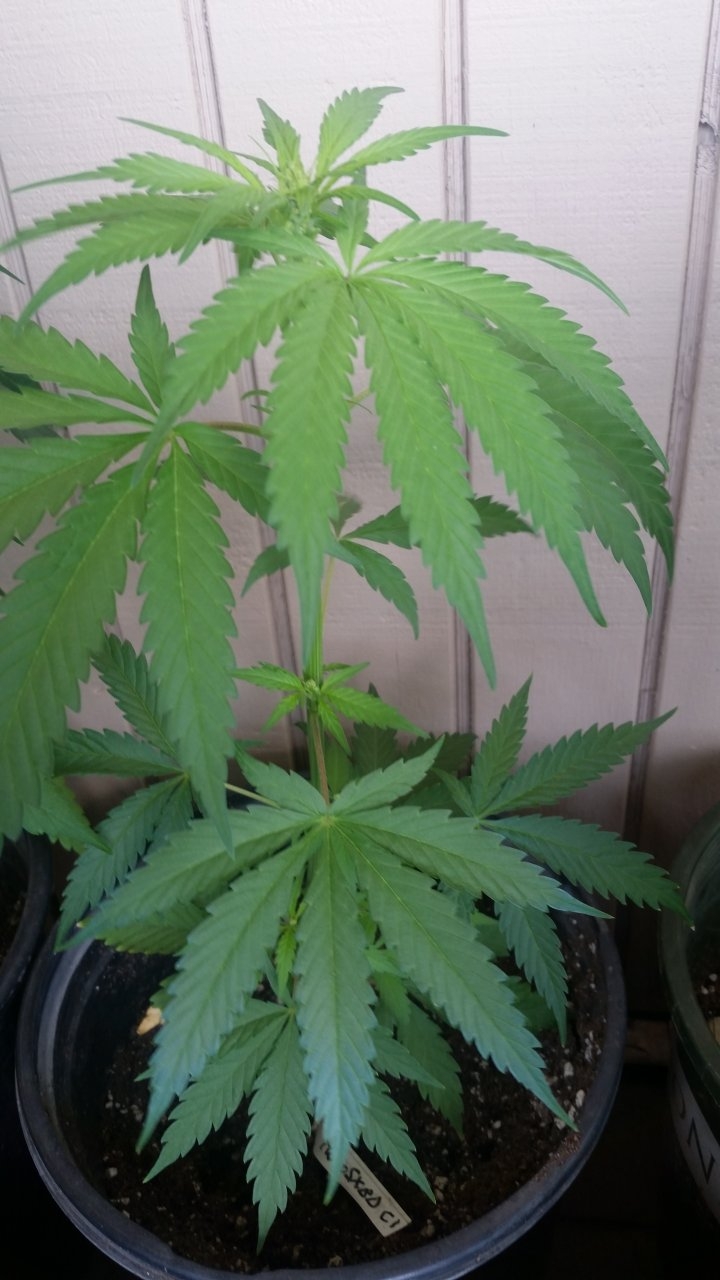 I started with a single TW x SXBD seed in my underground space using Mantis 315w lighting on an 18-hr daylight cycle. Took 2 clones. I first put the clones outside to get them to reveal gender early with the shorter photoperiod. Male. So out came the much larger parent/triplet. It should express also in a week or two. 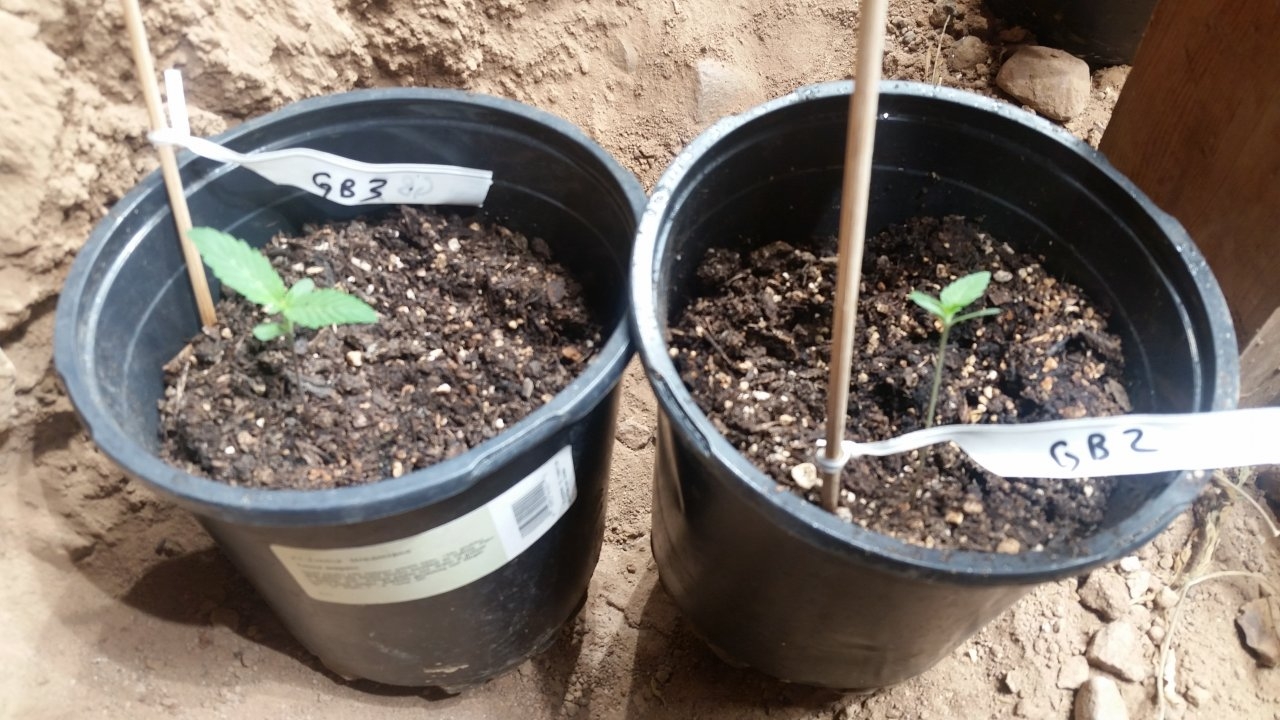 I have 2 more of these (labeled alternately TWxSXBD or GB) in the grow space, hoping for a female. Both look initially vigorous. I have a lot more seeds and plenty of time left to start more if necessary. The males will be indispensable in other crosses planned, like with Space Queen.
Last edited: Apr 23, 2019

That's the one unavoidable problem with bagseeds-the male thing-I'd had fair luck,(apx 70/30 female)
till this last grow-3 of 4 were boys.
That's a good idea,sexing them early-saves a lot of wasted time and resources-I think I'll do that with my next bagseed grow..
I'll be following along with your journal-gonna be an interesting one!

Went out in the rain to check on those males. Not yet ready to open and dump pollen. However, they are pretty stunning, to me, for male flowers. Usually, they are bright, uniform green to the end. These are getting quite colorful. I am hopefully speculating that says the female buds might be extraordinarily presentable. 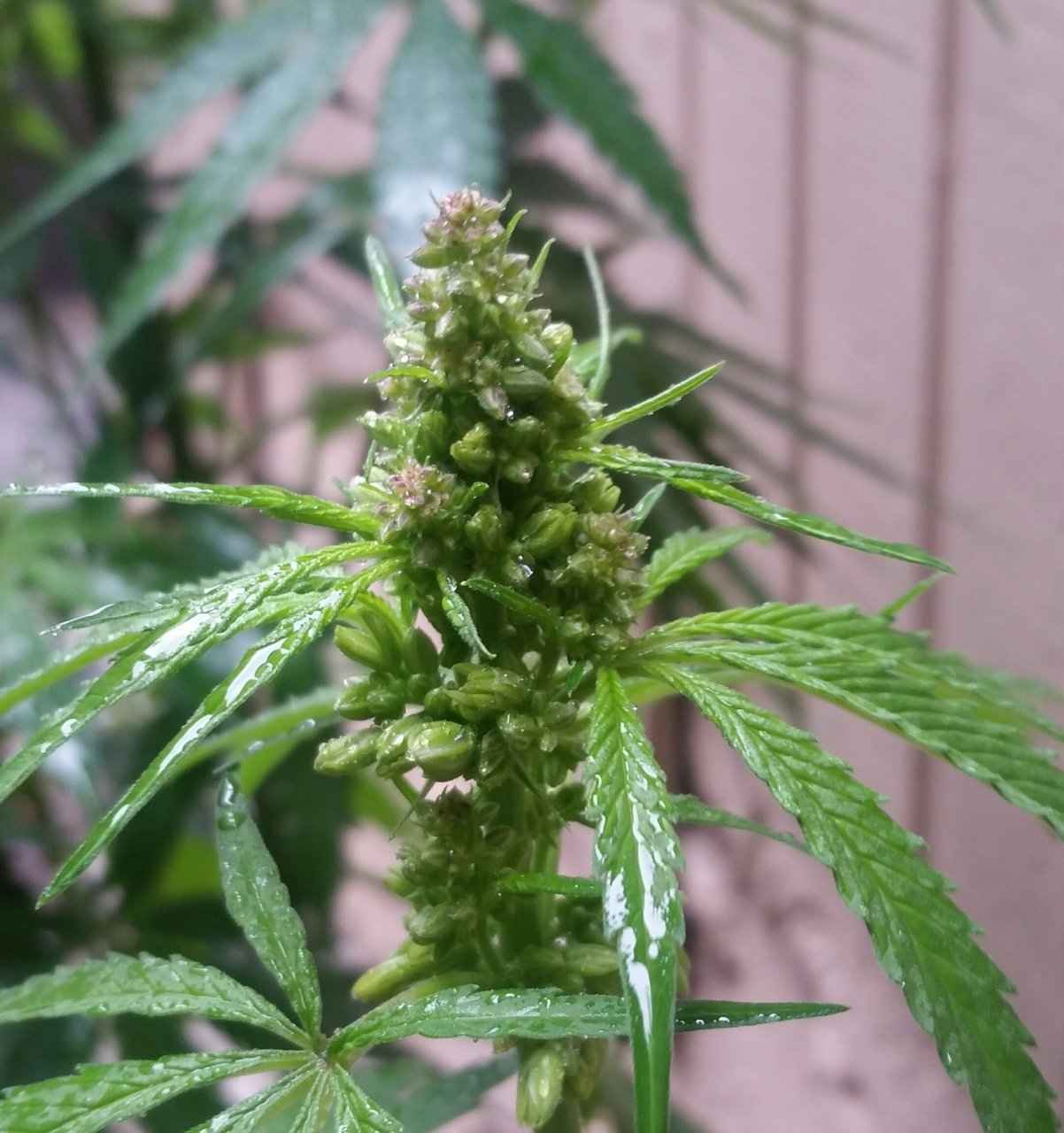 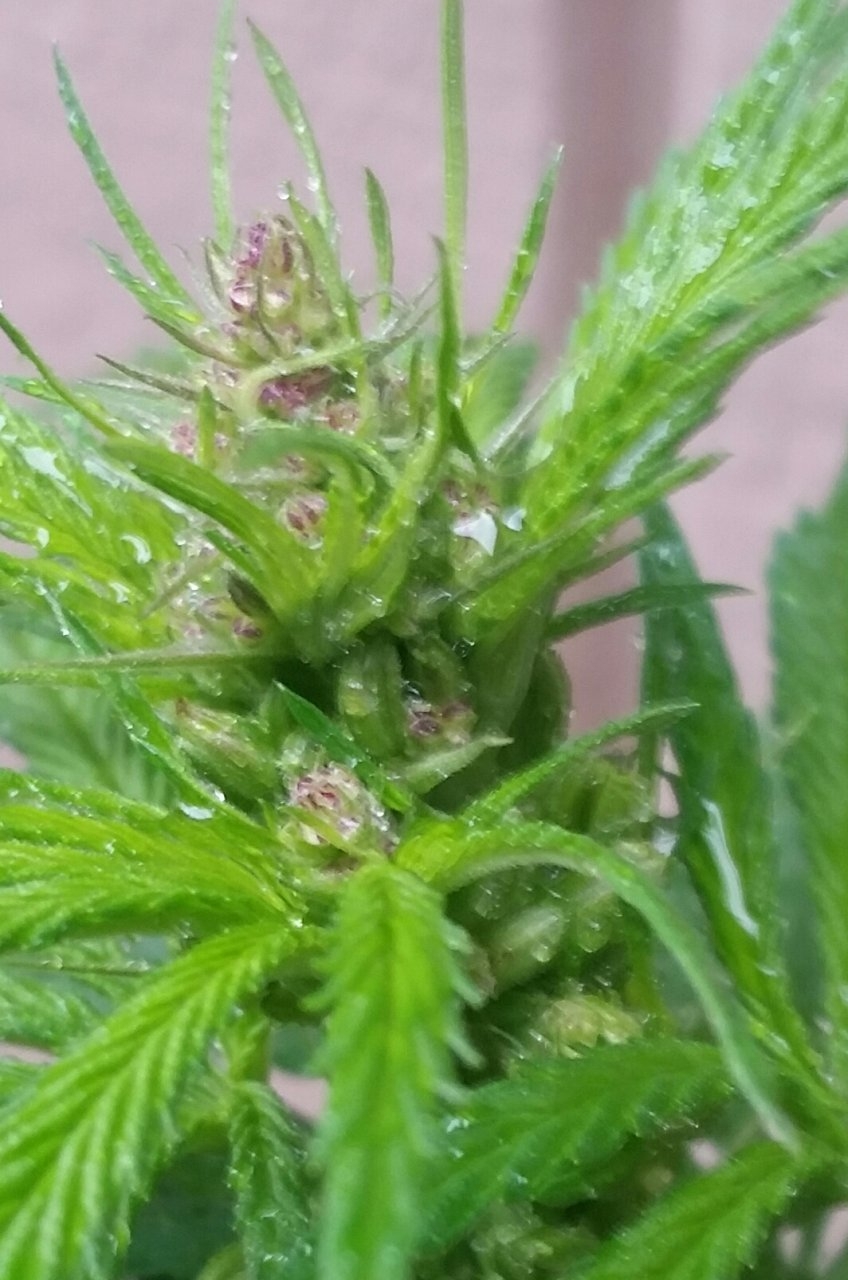 Started 4 more, to have 6 in play for females with desired traits in addition to these males (original and 2 clones). (GB1 is male; GB2 and GB3 are in vegetative mode getting closer to cloning; GB4 through GB7 are seeds planted in pots today.) Each will be cloned at least twice, with at least one of each migrated to shorter photoperiods to discern genders. Females with good vigor and will be further cloned with at least one GA3 treated to produce feminized seeds, even though this is not at a more progressive/stable breeding stage. At least one of each vigorous females (the original that was cloned) will be taken to harvest for lab testing, consumption testing, and possible strain competition.
J

Collecting pollen. Years back, I impulse bought a crate of 1,000 of those foil-lined hot food take-out bags from a store going-out-of-business liquidation. Cost a dollar. Finally have a use. I had been struggling with catching pollen in film cannisters, with most of it blowing away. Now, I just bag a branch, shake it, and I have the inside of the bag coated. I can selectively breed a branch on a female plant reversing the steps with the coated bag.

Two more in the subterranean grow space expressed as males and went outside to get bagged for pollen when they drop. 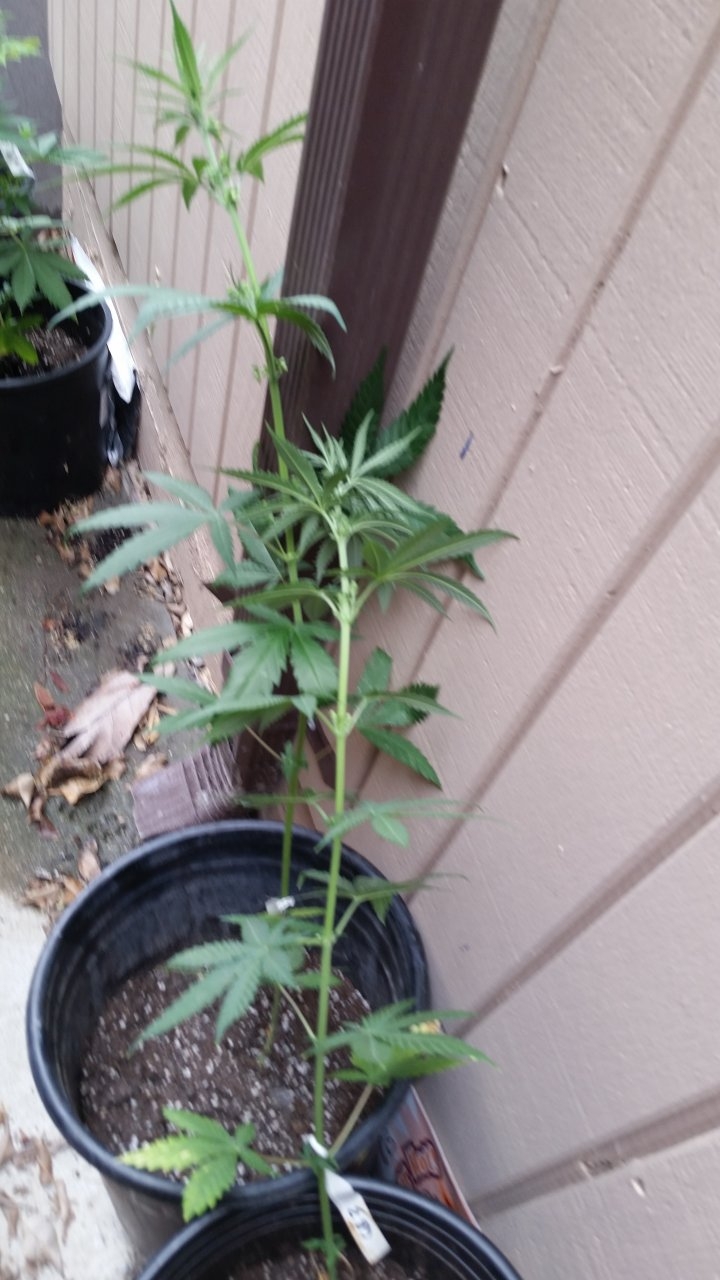 Had a flowering Afghani Bullrider around, so put it out with those two to potentially make more Hotwife seeds.
J 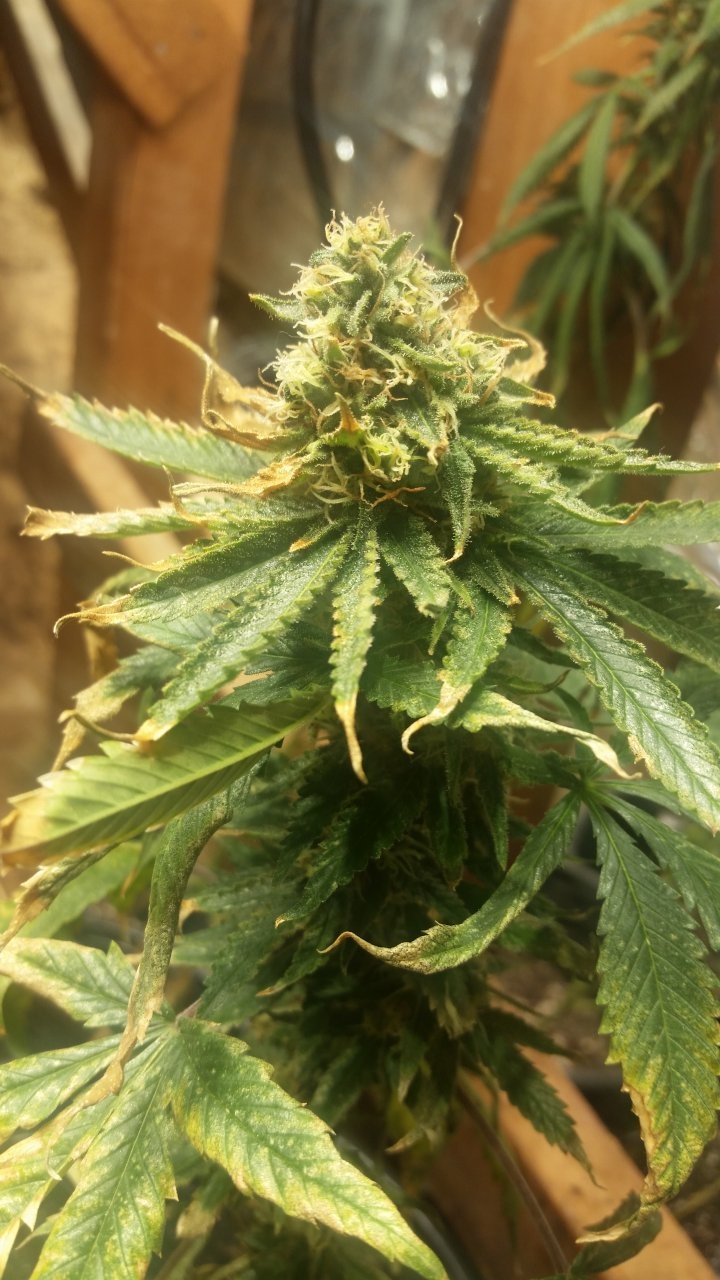