Attorney General Jeff Sessions is asking congressional leaders to undo federal medical marijuana protections that have been in place since 2014, according to a May letter that became public Monday.

The protections, known as the Rohrabacher-Farr amendment, prohibit the Justice Department from using federal funds to prevent certain states "from implementing their own State laws that authorize the use, distribution, possession or cultivation of medical marijuana."

In his letter, first obtained by Tom Angell of Massroots.com and verified independently by The Washington Post, Sessions argued that the amendment would "inhibit [the Justice Department's] authority to enforce the Controlled Substances Act." He continues:

I believe it would be unwise for Congress to restrict the discretion of the Department to fund particular prosecutions, particularly in the midst of an historic drug epidemic and potentially long-term uptick in violent crime. The Department must be in a position to use all laws available to combat the transnational drug organizations and dangerous drug traffickers who threaten American lives.

Sessions' citing of a "historic drug epidemic" to justify a crackdown on medical marijuana is at odds with what researchers know about current drug use and abuse in the United States. The epidemic Sessions refers to involves deadly opiate drugs, not marijuana. A growing body of research (acknowledged by the National Institute on Drug Abuse) has shown that opiate deaths and overdoses actually decrease in states with medical marijuana laws on the books.

That research strongly suggests that cracking down on medical marijuana laws, as Sessions requested, could perversely make the opiate epidemic even worse.

In a Senate drug hearing in April 2016, Sessions said that 'we need grown-ups in charge in Washington to say marijuana is not the kind of thing that ought to be legalized, it ought not to be minimized, that it's in fact a very real danger.' (U.S. Senate Drug Caucus)

In an email, John Hudak of the Brookings Institution characterized the letter's arguments as a "scare tactic" that "could appeal to rank-and-file members or to committee chairs in Congress in ways that could threaten the future of this Amendment."

Under President Barack Obama, the Justice Department also sought to undermine the Rohrabacher-Farr amendment. It circulated misleading talking points among Congress to influence debate over the measure, and it attempted to enforce the amendment in a way that "defies language and logic," "tortures the plain meaning of the statute" and is "at odds with fundamental notions of the rule of law," in the ruling of a federal judge.

The Rohrabacher-Farr amendment has significant bipartisan support in Congress. Medical marijuana is incredibly popular with voters overall. A Quinnipiac poll conducted in April found it was supported by 94 percent of the public. Nearly three-quarters of voters said they disapprove of the government enforcing federal marijuana laws in states that have legalized it either medically or recreationally.

Through a spokesman, Rep. Dana Rohrabacher (R.-Calif.) said that "Mr. Sessions stands athwart an overwhelming majority of Americans and even, sadly, against veterans and other suffering Americans who we now know conclusively are helped dramatically by medical marijuana."

Advocates have been closely watching the Trump administration for any sign of how it might tackle the politically complex issue of marijuana legalization. Candidate Trump had offered support of state-level medical marijuana regulations, including the notion that states should be free to do what they want on the policy. But Sessions' letter, with its explicit appeal to allow the Justice Department to go after medical marijuana providers, appears to undermine that support.

The letter, along with a signing statement from President Trump indicating some skepticism of medical marijuana protections, "should make everyone openly question whether candidate Trump's rhetoric and the White House's words on his support for medical marijuana was actually a lie to the American public on an issue that garners broad, bipartisan support," said Hudak of the Brookings Institution. 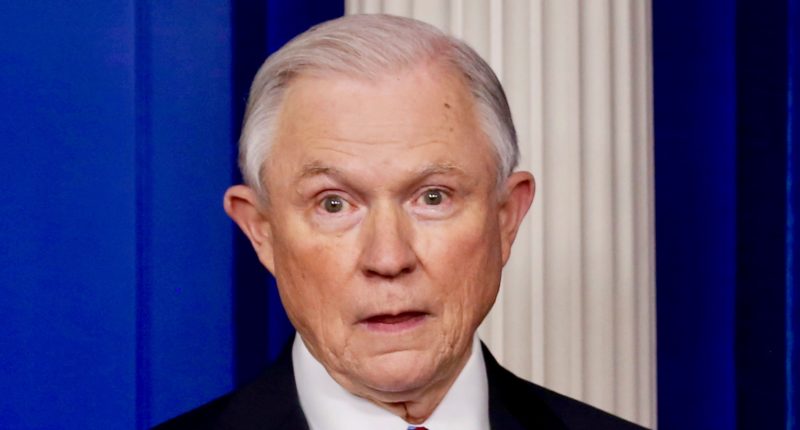