Dallas Cowboys owner Jerry Jones said he agreed with the NFL's decision to investigate the benefits of marijuana as a pain management drug for players.

"I agree with what the NFL is doing," Jones told reporters in his Hall of Fame press conference. "There is real fertile ground there. It is a labor issue that like several things, not just that one, I understand the sensitivity about that particular issue. A lot of people would disagree it's a labor issue, but that's the way these things work. A lot of things get thrown in that hat. The fact we're discussing it, it's no secret the Players Association have wanted to discuss that area and do better in that area.

"I think that's accurate that we should have it as something to improve on. The problem I'm having here is I do not know what is the definition of improvement, but we can all do better here."

Marijuana is currently on the NFL's list of banned substances. The league has lessened penalties on marijuana use in recent years, but it still remains an issue that's ended players' careers and fundamentally altered their lives–all while the substance can potentially provide pain management benefits.

"If pain management is something that medical marijuana can address responsibly, that's something that our medical community is evaluating," Goodell said, per Nicki Jhabvala of the Denver Post. "We just proposed to our union in the last month or so that we put some research money behind that to see how we could implement that...if they can address pain management in an effective and safe fashion. That's something that I assume will get a lot of discussion, but hopefully it involves a lot of research and medical opinions that can help us make the best decisions."

That's a far softened stance than previous quotes from Goodell, who'd long been opposed to players using marijuana under any circumstances.

Looking into marijuana benefits is a smart move both from a social and business standpoint. Stigma around marijuana is decreasing by the year, with more states either legalizing recreational or medical use every year. There has also been an increased spotlight on NFL players' use of opioids for pain, which have addictive properties much stronger than those of marijuana.

Given Jones' stature among NFL ownership, his public support likely means the league is taking the matter seriously. 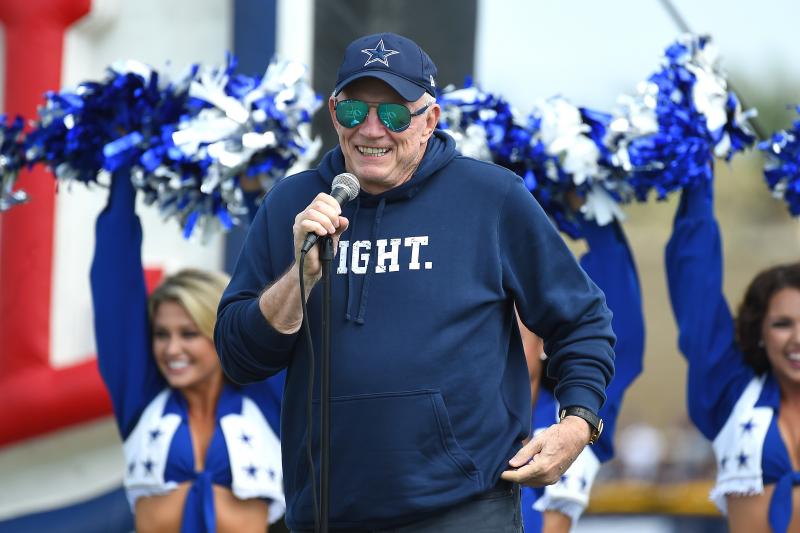 Jan 13, 2014
The General
T
K
NFL Might Be Warming To Idea Of Studying Potential Medicinal Benefits Of Marijuana