"It's supposed to be lighthearted," the "King Solomon's Table" cookbook author tells The Post of her pot-powered recipe. "I don't think [a little marijuana is] crazy."

Nathan says she's never "smoked" weed – "I have other things to do with my life" – but has eaten it twice. In the Vice video, she coos over her stoner soup's "nutty" aroma, and sprinkles on some cannabis leaves for color: "nice and green."

Some Jewish foodies think her marijuana matzo balls are blasphemous.

"It is a bit sacrilegious," says New Jersey-based professional chef Sarah Lasry. "Sabbath is such a high to begin with . . . There's no need to infuse anything with weed."

And Faigie, a 57-year-old bubbe in Manhattan who declined to give her last name, is plainly horrified. "I am offended . . . How dare you introduce a recreational drug into our family meal?"

The reefer recipe has some supporters, though. Actress Fran Drescher, of "The Nanny" fame, says she's intrigued by the idea.

"I'm totally into it," she tells the Post. "I'm a big believer [that] cannabis can help every individual."

Love it or hate it, Nathan says her "experiment" was likely a one-time thing. "I'd rather have my matzo balls with ginger and nutmeg," she says. 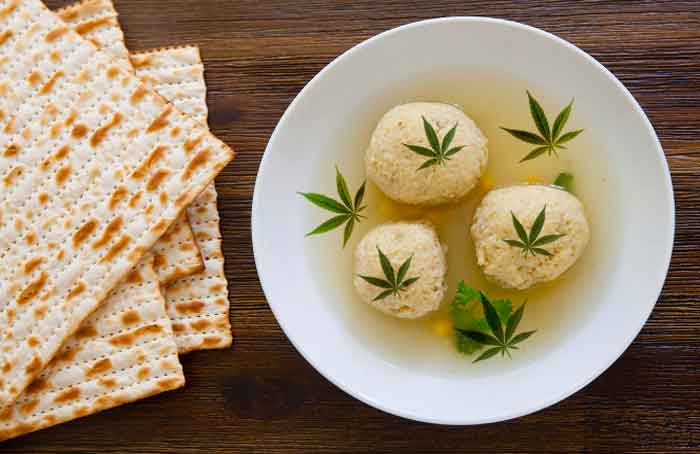