Sativa Seeds Jock Horror Auto's. I grew out 2 of these girls and have a few more beans for next go around.

She is a killer heady sativa high. Jock is the same cross as Jack Herer.

I highly recommend. Very resinous and skunky! Tastes wonderful and gives a very social/talkative/easy to laugh buzz. Great for concerts, movies and so on.....

Not a night time med. 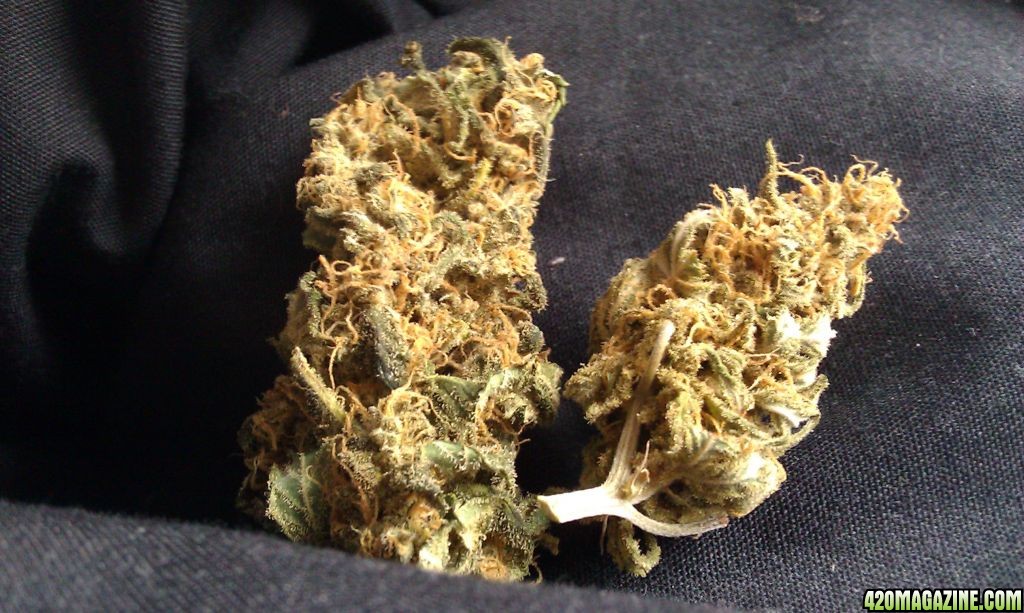 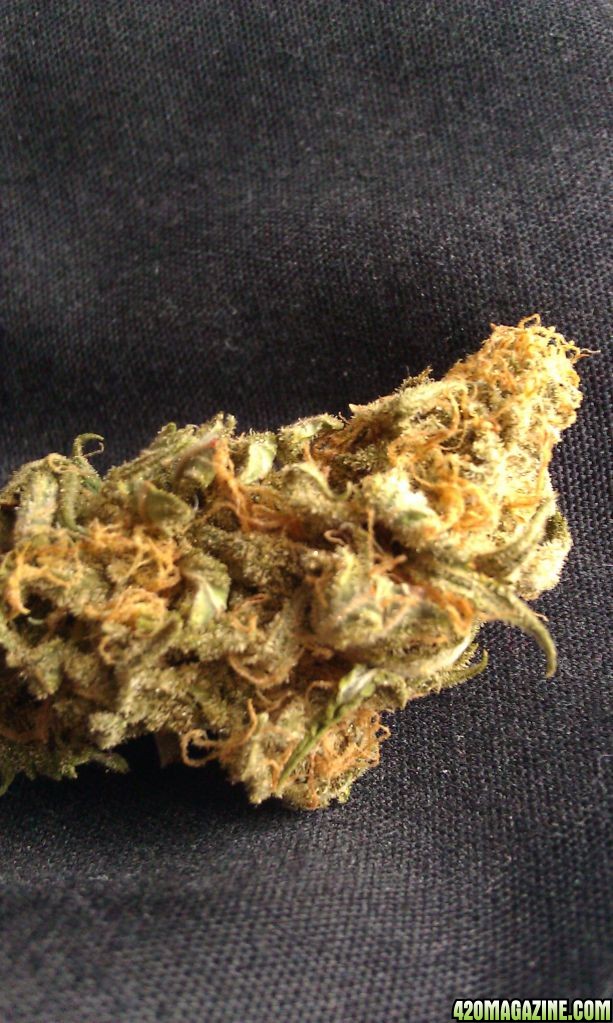 I recently started 2 Jock Auto seeds from Nirvana's line (ordered them last September, just prior to them being pulled). They sprouted this morning and I'm not at all expecting them to auto, but who knows?

Edit:
Just checked and Nirvana and Sativa Seedbank's Jock Horror Auto are one and the same seed stock. So perhaps there is hope...
Last edited: Apr 6, 2011

Thanks endive...they are killer. When I open the jar it's like a tropical fruit cocktail....with a bit of skunk. After smokeing/vaping she goes and hides behind your eye's for a bit and if you just sit and watch TV, the indica starts to take over. However, you toke and then get after a task, she's a great UP sativa....she wears several hats. I have 3 more seeds and just popped one that will trasnplant outdoors at the end of April....Hopefully she will be ready to harvest by early July, before all of the ditch weed in my area starts to let the pollen fly. One other thing, the veg was so long that I decided to try taking a clone....and it worked! They all finished at the same time for obvious reasons, and the clone didn't produce as much because of the decreased veg period, but it worked. When I start the other 2 seeds I plan on taking clones from both and perhaps starting a mini scrog in a separate tent.

As for being auto's, I think they fall under the "7-9" week auto. They threw out some pistils at week 3 but then decided to veg (20/4 photo period) for another 6 weeks or so...then one day she started to flower and just exploded! I just finished some Afgan Kush Ryder (3 girls) and a dinafem road runner (just 1) and they all started to flower around 3-4 weeks and finished at about 70 days. I currently have an dinafem Haze Auto that started to flower around 3 weeks. I topped her at week 4 and it worked like a charm...now I have 2 main cola's.

If your JH's don't flower right away, be patient. From what I could find, if they don't flower after 9 weeks, flip to 12/12 and you won't be disappointed. She will provide.

btw, I saw a picture of your avatar on a website and it instantly made me smile....because it made me think of this site.

Just wanted to give you an update... They never auto'ed, but at 12/12, this Jock produced beautifully! 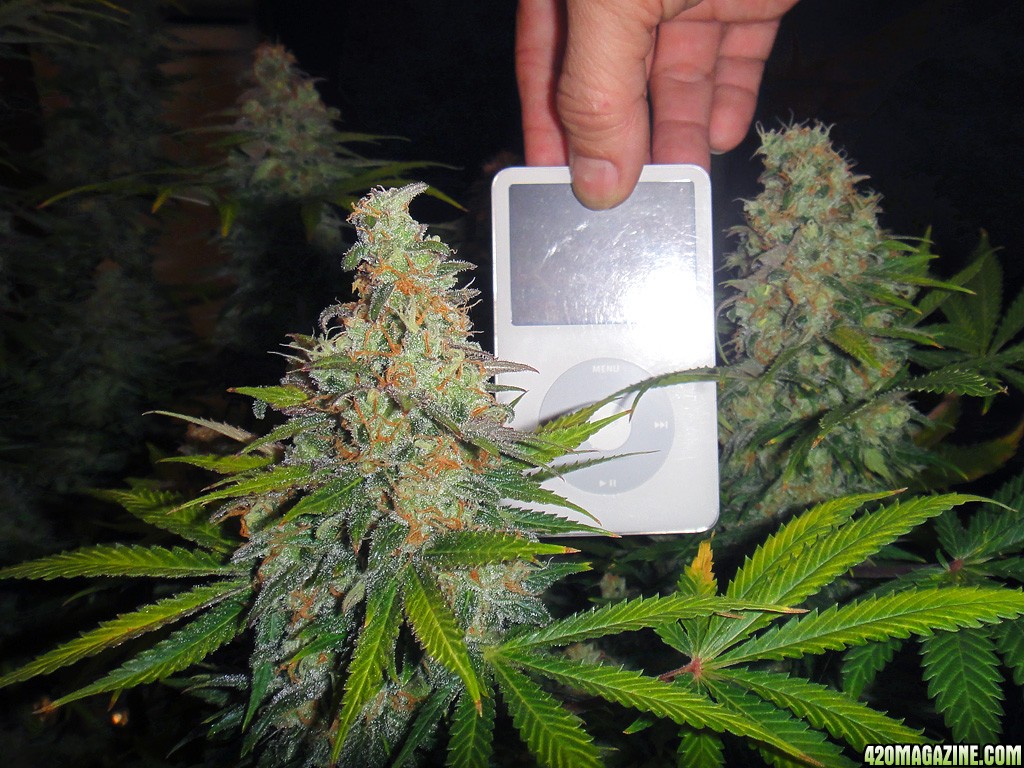 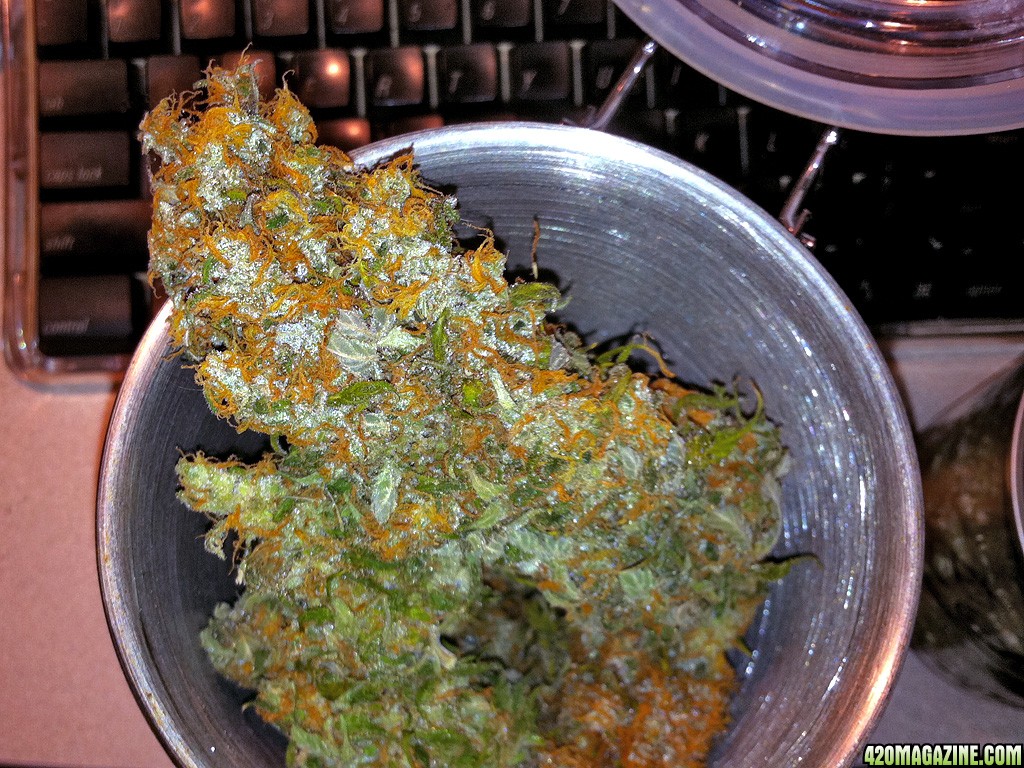 ​
I have one other that will be ready in another week or two, but this one in the pic (Jock #2) is dead on for your description of smell, taste & the euphoric buzz!

endive said:
Just wanted to give you an update... They never auto'ed, but at 12/12, this Jock produced beautifully!

​
I have one other that will be ready in another week or two, but this one in the pic (Jock #2) is dead on for your description of smell, taste & the euphoric buzz!
Click to expand...


Daaammmmnnnn Endive! Looks like they turned out just fine! Healthy, sticky and trich covered. When I chopped mine they smelled up the entire freaking house....just 2 plants but it smelled like a forest. The trim hash was great.

What kind of yield to you think your looking at? I think I got around 3.5 total...may have been closer to 4. (can't really remember and I know I smoked a bunch before I weighed and gave some to my friend who gave me the seeds)

I put one ourdoors (guerilla style) and I checked on it in early July...it wasn't any where near done but looked great...some bug damage but nothing else. The thing was over 4 feet tall and appeared to just be flowering. I should be able to get back to her in the next 30-40 days....Not expecting much but if by chance she survived, she could be a producer.

I acutally have 1 bean left and I'm saving it for my next run this fall....I miss the bud and wish I had more!

Thanks for sharing....peace and more harvests to you sir.

Panic said:
What kind of yield to you think your looking at? I think I got around 3.5 total...may have been closer to 4. (can't really remember and I know I smoked a bunch before I weighed and gave some to my friend who gave me the seeds)


Thanks for sharing....peace and more harvests to you sir.
Click to expand...


Thank you for the kind words!

Just the primo pieces totaled out to a wee-bit over 4oz. Though, very much the same with you, I gave away a few small branches to a friend who helped with the trimming and I began consuming the lesser buds which were gorgeous, just airy, as fast as I could dry them, but I guestimate there was a good solid half ounce of the more airy buds and I have yet to try or even sample any of the prime pieces in cure. Unofficially, I'd say I hit the 5oz mark, which has been a long standing goal to do.

But, thanks to you, your pics & post, for keeping me inspired when mine were still vegging!