Tallahassee - Orlando trial lawyer John Morgan said this summer he was prepared to spend "a lot of money" financing a ballot initiative to legalize medical marijuana use in Florida. So far, he's putting his money where his mouth is. The latest campaign finance records show Morgan and his high profile law firm have contributed $400,000 to the People United for Medical Marijuana campaign.

Nearly two thirds of the total $644,535 the group had raised through September, with $250,000 of that coming in the last three months. Morgan said Friday that volunteers were collecting about 20,000 signatures a week and he planned to return to using paid signature gatherers next week. The final budget could surpass $2 million. "I think I'm going to make it," he said. 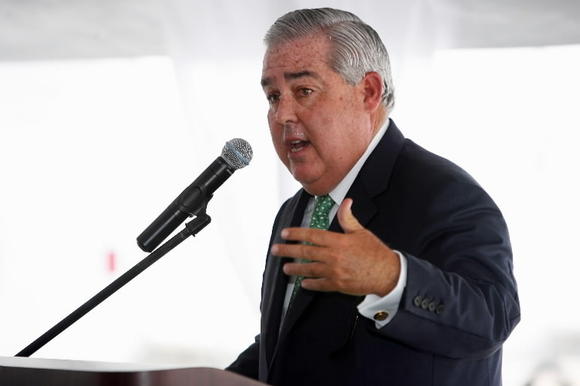