State police eyed the plants from a helicopter chopping over the green farmland of central Kentucky: marijuana bushes, packed into a farm wagon sitting behind some rolled bales of hay.

On May 27, 2008, law enforcement immediately landed in the area for a closer look. They discovered a watering system pumping into the plants, as well as chained Rottweilers protecting the property, a search warrant would later state. In two houses on the property, police collected other evidence pointing to an extensive weed growing operation, including $2,550 cash and a loaded AR-15 assault rifle. In total, police confiscated 2,421 marijuana plants from the farm.

Police records also indicated authorities knew exactly who they were dealing with.

The farm was home to John Robert Boone, a legendary figure both in rural Kentucky and in the wider world of drug smuggling. Known as the "Godfather of Grass," Boone was a leader in the 1980s of the "Cornbread Mafia," a rural Kentucky-based drug organization that grew marijuana on 29 large illicit farms in 10 states. In June 1989, after 70 members of the crew were arrested by federal authorities, the U.S. attorney in Louisville said the Cornbread Mafia was the "largest domestic marijuana syndicate in American history."

Boone served 20 years in prison for his part in the 1980s organization. The 2008 discovery at the farm seemed to indicate he was back in the drug game. But as police began searching, the country kingpin – an imposing man with a Santa Claus beard and "Omerta," the Italian code of silence, tattooed across his back – disappeared.

He would remain on the lam until last year, when Boone was arrested in Canada.

This week, the 73-year-old Boone pleaded guilty to a single count of conspiring to grow and distribute more than 1,000 marijuana plants, court records show. It is presumably the end of a drug career powered not by the stereotypical lusts for a flashy lifestyle or power but simple economics. Boone has always maintained he was just trying to put food on the table.

Both Boone and the Cornbred Mafia were the products of a particular time and place. Washington and Marion counties in Kentucky are insular and also have a strong outlaw tradition stretching back to Prohibition, when desperate locals turned to moonshining to feed their families. In the 1980s, a bad economy again put a chokehold on the region.

"The family farm was crumbling – not just one farm or another particular family but the whole notion of one family sustaining a living off one farm, the notion upon which many in Marion County and elsewhere in America had staked their livelihoods for generations," James Higdon wrote in his book, "Cornbread Mafia: A Homegrown Syndicate's Code of Silence and the Biggest Marijuana Bust in American History."

"At the same time, the free market eroded Marion County's primary crop, burley tobacco, from both ends – usage among American adults started to decline as the tobacco companies began buying burley from international markets for pennies on the dollar for what it cost them at home."

By 1985, the unemployment rate in the region was 18 percent. The scarcity of jobs put pressure on a younger generation of locals who were familiar with weed. "A lot of people were struggling," Joe Keith Bickett, a Cornbread Mafia member, told the Lebanon Enterprise in 2016. "Interest rates were high, and the Vietnam veterans were just coming home from the war and they brought with them a lot of stories. They were some of the first ones to bring [marijuana] to our area in Marion County."

Boone was born and raised in Washington County, grandson to a former Prohibition bootlegger. According to Higdon's book, he was a championship 4-H sheep breeder and tobacco grower in high school, and had plans to attend college after graduation. Instead, he started farming in the region – and eventually started growing weed.

"To me, calling it Kentucky Bluegrass sounded a little too much hillbilly," Boone griped to Higdon in his book.

The Cornbread Mafia outlet began expanding beyond Kentucky. Boone and his associates set up farms in nine other states: Illinois, Indiana, Kentucky, Michigan, Nebraska, Missouri, Kansas, Wisconsin and Minnesota. "You think cold weather, short summer, you wouldn't think that's a good place to plant tropical pot. There would be a few plants that won't mature by October or November up there [in Minnesota], but the majority of them would make kick-ass pot." Boone explained to Higdon.

At the group's height, their fields were patrolled by Rottweilers with surgically removed vocal cords, so they could creep up silently on potential thieves, the Louisville Courier-Journal reported. The crew also booby trapped their crops with fishhooks strung up at eye level, dynamite tied to trip wires, and live rattlesnakes. The paper reported Boone and the others developed a loyal following back home, funneling their illicit earnings into projects like outfitting county schools with air conditioners.

"He was the player," a former federal prosecutor told the Associated Press in 2010. "There might have been one or two close to him. I never heard of anybody who was bigger."

In October 1987, the operation began to crumble. Minnesota police spotted the crew's 355-acre farm in a flyover operation, prompting a raid on the marijuana farm. As law enforcement swarmed the site, Boone led three police cars on a chase, hoping to give his cohorts the opportunity to escape. He was eventually caught. When police asked his name, he said, "Charles Grass." Police confiscated 47 tons of marijuana from the site.

"We're from a poor place. ... I don't think anybody here is into any kind of thievery. I can only say that ... in our area, marijuana is one of the things that helps put bread on the table for people," he told the judge, according to the Courier-Journal. "We're not criminals, we're not. We're not the kind of people who go out and harm people."

Seventy other Kentuckians were arrested for their roles in the Cornbread Mafia. None cooperated with prosecutors for lighter sentences.

Boone was sentenced to 20 years in prison. He was released in 2000. Eight years later, police raided his farm in Washington County, prompting the aging drug smuggler to go on the run. The passing years had not diminished the loyalty locals in Washington and Marion counties felt for Boone.

"They were very honest," a local investigator explained to the Courier-Journal. "They said they wouldn't tell where he was even if they knew."

He was eventually arrested last December in Montreal. After pleading guilty this week, his sentencing has been scheduled for March 2018. 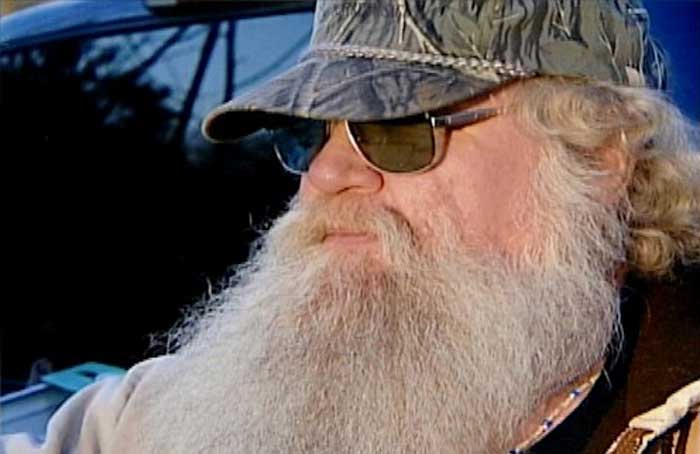 Pot's Erratic Legal Rules - For Some It's Legal; For Kentucky And Others It's Illegal

Jul 29, 2014
The General
T
T
From Bootlegging To Pot Trafficking