A state judge has again blocked a legislative ban on medical marijuana commercial transactions, saying thousands of ill cardholders would be harmed in Montana if their providers went out of business and users were forced to try to grow their own.

The injunction blocks the provisions of the law until the legal challenge by marijuana advocates is resolved – unless the Montana Supreme Court reverses Reynolds' decision, as it did once before.

The restrictive 2011 state law limited providers to three users and banned compensation in an attempt to squeeze out profits from what was a booming medical marijuana industry in the state. The revised law allowed those with medical marijuana cards to grow their own pot or find someone to grow it for them for free.

The Montana Cannabis Industry Association sued, saying the law would unconstitutionally deny patients access to the medicine they required.

In June 2011, Reynolds blocked those provisions of the law, but the state Supreme Court reversed him, saying there is no fundamental right for patients to use any drug, particularly one that's illegal under federal law.

The justices sent the case back to Reynolds with instructions to judge the law on whether it is rationally related to a legitimate government interest.

Cancer patient Lori Burnam of Hamilton, who testified during a December hearing, died on Jan. 10.

Some providers testified they would be forced to close if they couldn't charge for their product and could only provide it to three cardholders.

Reynolds noted in the decision that Montana had 8,404 registered cardholders in November. Of that number, 5,211 rely on providers to supply them with medical marijuana, and there are 293 registered providers. The rest grow their own.

Even if all 293 current providers stayed in business under the new limitations, they would only be able to provide marijuana to a maximum of 879 cardholders by law, Reynolds wrote.

Reynolds concluded the cardholders would be injured or irreparably harmed if the ban on commercial transactions went into effect.

"The court can envision few forms of injury or harm more substantial than to deprive persons with debilitating medical conditions of what may be the only form of effective relief from those conditions as testified to before the court," he wrote.

Montanans voted to keep the 2011 law in a November referendum. 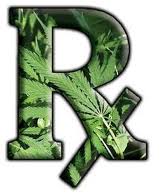