Los Angeles Superior Court Judge Robert H. O'Brien sided with lawyers for the city who said Nestdrop is violating Proposition D, a voter-approved law that regulates the city's 135 legal medical marijuana clinics. The law states medical marijuana may only be transported by a patient or caregiver.

"The voters had in mind that there would be in some circumstances the need to transport medical marijuana but that's where Proposition D begins and ends when it comes to delivery," City Attorney Mike Feuer said after the hearing.

However, in court, an attorney for the mobile app said his company simply connects legitimate patients with pot shots that are already regulated by the city.

Attorney Arthur Hodge said Nestdrop is a third-party application, similar to Ebay, and should be allowed to operate regardless of the materials it is delivering. He's planning an appeal.

"Wouldn't people want medical marijuana patients to be able to receive delivery of the medicine and not have to get in their car and go drive to get it?," Hodge said outside the courthouse.

O'Brien's injunction is in effect until the case goes to trail next year.

Feuer told reporters his office is investigating at least one other business accused of delivery medicinal cannabis.

More than 400 pot shops in Los Angeles have been shut down since the summer of 2013. The Los Angeles City Attorney's Office also shut down a medical marijuana farmers market in Boyle Heights. 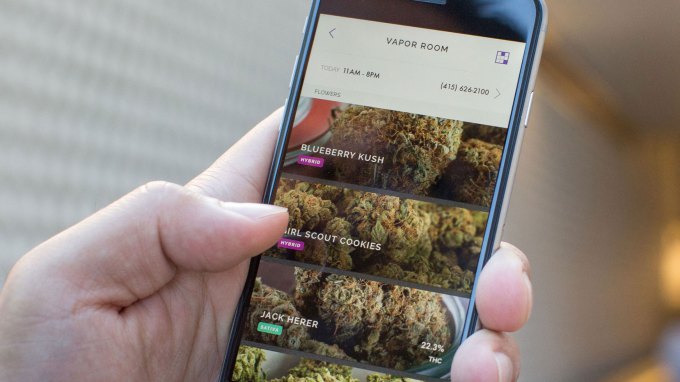