An administrative law judge paved the way for another nursery to get a medical-marijuana license, striking a blow against the Florida Department of Health during a contentious hearing Monday.

Administrative Law Judge John Van Laningham virtually guaranteed that he intends to recommend that health officials grant an additional marijuana license after deciding that Alpha Foliage did not meet the legal criteria for a "dispensing organization" license it received from the state in November.

Van Laningham's ruling won't have any immediate impact on Alpha, whose dispensing operations are known as "Surterra Therapeutics." The judge's decision coincided with Surterra's announcement Monday that it had made its first marijuana product deliveries to patients in the Orlando and Tampa Bay areas.

Under a law passed this year, Alpha and other nurseries awarded dispensing organization licenses last fall can keep their licenses. The law requires health officials to grant additional licenses to applicants who successfully file challenges against the state.

The Department of Health in November awarded one potentially lucrative license in each of five regions of the state, with Alpha Foliage winning in the Southwest region. An additional license was later awarded after a legal dispute in the Northeast region, and Van Laningham's ruling could lead to a total of seven licenses.

The ruling - issued in the first hour of a hearing scheduled to last three weeks - takes much of the pressure off two losing applicants, Three Boys Farm and Plants of Ruskin, challenging the health department's decision regarding the Southwest region license.

"It's pretty clear there's going to be one more (license). But the department can always not agree with him, and who knows," said Steve Menton, a lawyer representing Three Boys Farm.

The two nurseries are now vying against each other for a license, meaning that Van Laningham is almost certain to pick one of them as the applicant that should have had the top score when a panel awarded the five dispensing organization licenses last fall.

Under the 2014 law, applicants that grew more than 400,000 plants and had operated as a "registered nursery in this state for at least 30 continuous years" were eligible to apply for licenses to grow, process and distribute marijuana that is low in euphoria-inducing tetrahydrocannabinol, or THC, and high in cannabadiol, or CBD. Doctors can order the treatment for patients with chronic muscle spasms, epilepsy or cancer.

Lawmakers this year revamped the law in an effort to expedite getting the products into the hands of patients. Under the new law, each of the five dispensing organizations is allowed to keep its license, and the Department of Health must also issue licenses to applicants whose legal challenges are successful.

Van Laningham's ruling Monday, which centered on whether Alpha had been in business for at least three decades, came after he and Ed Lombard, a private attorney representing the Department of Health, tangled for more than 30 minutes over the issue.

The company was incorporated in 1991, but the Homestead-based nursery had operated since 1983 as a partnership, according to court records, Lombard pointed out.

"It's really not very complicated," he said.

"I don't think it is complicated," Van Laningham said. "The uncomplicated way cuts against the department's position."

Saying the situation "looks clear to me," Van Laningham sided with the challengers.

"(The law) says the applicant has to have operated for 30 years or more. The applicant is a discrete entity that's a corporation formed in 1991," Van Laningham said. "If there's no dispute that it was incorporated in 1991, then my question is how could that applicant have been operating for 30 years because it hasn't been in existence for 30 years?"

Van Laningham's order that Alpha was ineligible for a license to begin with "removes the possibility of Alpha standing as a barrier to one of the others" to obtain a license, he said.

The law passed this year also authorized full-strength medical marijuana for terminally ill patients, which could make the coveted licenses even more valuable. A proposed constitutional amendment on the November ballot - similar to a measure that narrowly failed to pass two years ago - would vastly expand the number of patients eligible for the marijuana treatment.

On Monday, Van Laningham also said the hearing would provide a "clean slate" for the two challengers. The judge said he will review the applications of Plants of Ruskin and Three Boys Farm, previously known as Tornello Landscape, independently and ignore previous scorings by the three-judge panel.

"I don't think you start the score with some points on the board," Van Laningham said. "I think each party starts at zero."

Alpha Foliage, owned by John and Carolyn DeMott, applied in two separate regions. The nursery has partnered with Surterra Florida, a limited liability corporation whose officers include two Atlanta investors also seeking to establish a footprint in Georgia's nascent medical-marijuana industry. Alex Havenick, whose mother Barbara owns greyhound tracks in Naples and Miami, is also one of the officers of the Florida group. The nursery is also affiliated with Surterra Holdings, represented by prominent lobbyists Ron Book and Billy Rubin.

Surterra "has met all the criteria" in the law, spokeswoman Monica Russell said Monday.

"We are confident that we will continue to serve patients throughout the state of Florida," she said. 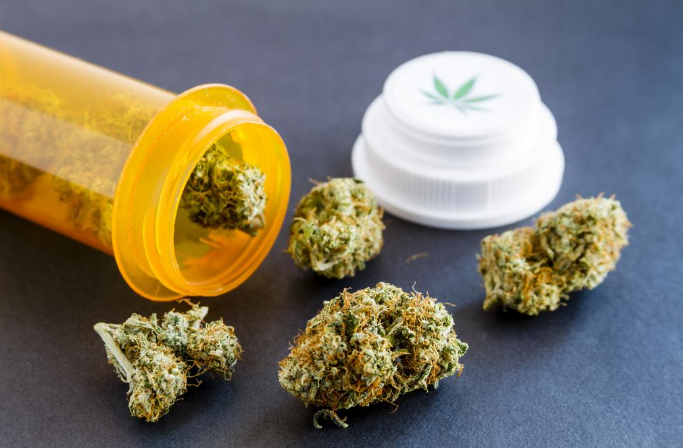