It's a dramatic development in a case that pitted four family members and a friend – collectively known as the Kettle Falls Five – against federal prosecutors who won prison sentences for growers at a rural garden in Washington state.

The admission in court that the family was right in claiming a federal spending bill's protection has been too surprising from some long-time observers to accept at face value.

Some believe there's a secret motive in prosecutors requesting the case be remanded to district court, rather than dismissed outright by the U.S. Court of Appeals for the 9th Circuit, and note renewal of the protection has been blocked by GOP House leaders from a floor vote, potentially allowing for it to expire.

Attorney and marijuana activist Douglas Hiatt, who initially was involved in the case, and Kari Boiter, a longtime liaison to national media outlets, expressed concern that prosecutors asked for remand to district court to allow for a lapse of the so-called Rohrabacher-Farr amendment.

Assistant U.S. Attorney Earl Hicks, who prosecuted the case and co-signed this week's court filing with the U.S. Court of Appeals for the 9th Circuit, denied a secret motive, however.

"There is no ploy," Hicks told the Washington Examiner in an email, addressing the suspicion.

"The law changed, and the United States is following the law as we always did during all the proceedings," he said. "The Court of Appeals will determine the appropriate remedy."

Although the specific legislated language hasn't changed since 2014, Hicks points to two rulings from the 9th Circuit that he cited in the court filing. The decisions interpreted the amendment's protection as protecting individuals.

Sponsors of the Rohrabacher-Farr amendment, which protects medical pot programs, made one of the case's original defendants, wheelchair-bound family patriarch Larry Harvey, a key spokesman for the provision before it passed.

Less than two months after Harvey died in 2015, his widow was sentenced to a year in prison, her son to 33 months, and his now ex-wife to one year — despite each of them having state medical marijuana cards and arguably complying with a cap of 15 plants per person.

What, if anything, the development means for the Justice Department's posture toward marijuana is unclear.

Hicks, the prosecutor, denied former defense attorney Hiatt's claim that the men had a conversation in a hallway this summer during which Hicks said "that he wanted to get rid of this case, but that he didn't know if he was going to get permission."

Hicks said Hiatt's recollection "is totally inaccurate" and that he has not seen Hiatt – an easily recognizable ponytailed personality – for years. Another attorney Hiatt said was present did not immediately respond to a request for comment.

Phil Telfeyan, an attorney with the group Equal Justice Under Law who represents the three remaining defendants, said that Hicks called him before filing the motion and "told me he changed his mind."

"I think Earl Hicks has actually changed his mind and is starting to see these people were in compliance with state law," he said.

Hicks declined to comment on that specific alleged conversation.

"I cannot discuss matters not in the record because this case is still pending," he said, adding, however, that "of course, I changed my mind. The law changed."

Telfeyan said that the filing reaffirms that U.S. attorney offices are free from central control in an era where Attorney General Jeff Sessions has talked a hard line on marijuana, which could potentially be reflected in policy, as pot possession for any reason outside limited research remains a federal crime.

This example of prosecutorial independence comes after the same U.S. attorney's office demonstrated its independence in pursuing the case, despite central Justice Department policy allowing for industrial-scale recreational marijuana in Washington state.

Telfeyan said he believes the case now inevitably will be dropped, regardless of whether it's remanded to district court or dismissed by the 9th Circuit. 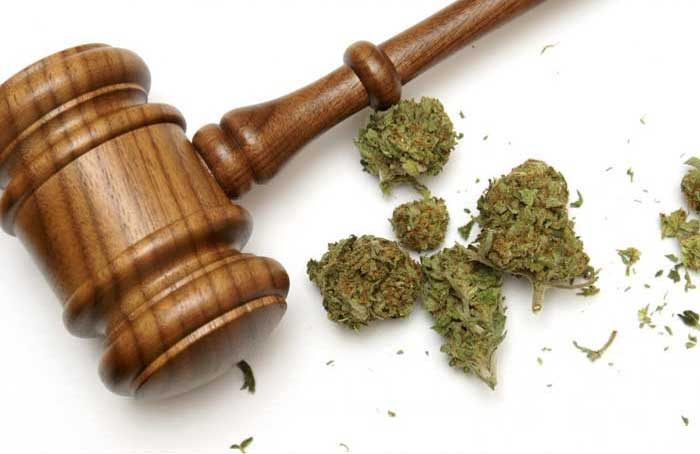