Canada - A B.C. judge has rejected an argument that Mounties should have asked a driver for a medical-marijuana permit before searching his van and arresting him. Cory Eld was stopped at the roadside in Barriere, about 60 kilometres north of Kamloops, in November 2012. The RCMP officer who went to Eld's window to question him testified that he smelled a strong odour of unburned pot and saw a tarp stretched over the entire length of the van's cargo area. Mounties found 73 marijuana plants inside, and Eld was later charged with possession of marijuana.

Defence lawyer John Conroy argued the search was illegal and that his client's constitutional rights were breached. He said the officer who smelled marijuana neglected to ask Eld if he had a licence to possess marijuana through Health Canada – something that may have explained the smell. "It's not difficult for the officer to say, 'Do you have a permit?' " he said at a hearing in February. "You don't have grounds to believe he's committing an offence until you know he doesn't have a permit."

However, provincial court Judge Chris Cleaveley ruled the arrest was legal. "I do not believe that the police officers needed to determine whether Mr. Eld had a marijuana licence before arresting him," Cleaveley said in his ruling. He said Mounties' suspicion about pot under the tarp is "somewhat inconsistent with Mr. Eld being in lawful possession." Cleaveley also cited a B.C. Supreme Court decision that police are not required to rule out other possible explanations for the smell of marijuana. Eld is scheduled to be sentenced at a later date. 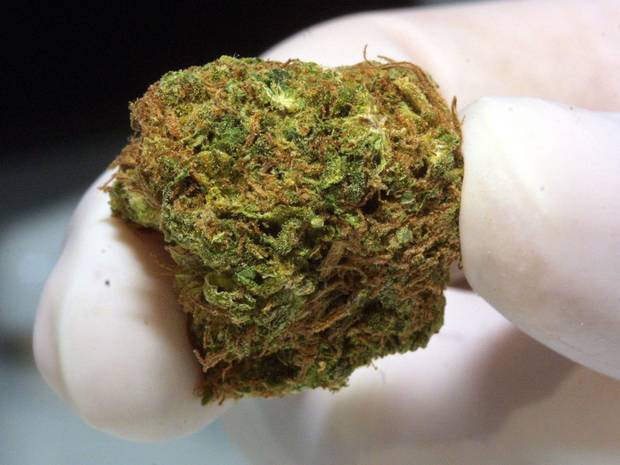 Roadside Check Discovers A Wad Of Cash And Marijuana