"With this agreement, Kentucky is now the first state in the nation with a legal, practical process through which farmers can partner with the state to grow hemp," Agriculture Commissioner James Comer said. "We and the feds started out as adversaries, but by both talking and listening, we became partners in this process. I appreciate the efforts of Judge John Heyburn, the U.S. Attorney's office, and the department's legal counsel that made this happen."

The department filed suit in U.S. District Court against U.S. Customs and Border Protection, the Drug Enforcement Administration, the Department of Justice, and Attorney General Eric Holder after seeds ticketed for research projects in Kentucky were held by Customs in Louisville at the direction of the DEA. The seeds were released in late May and distributed to universities and private farmers conducting pilot projects under the direction of the KDA. The pilot projects are being conducted in accordance with the hemp provision in the federal farm bill and with Senate Bill 50, the state law that creates a regulatory framework for growing industrial hemp in Kentucky.

"This year has been a test not only of our farmers' ability to grow hemp ― which was never in doubt ― but of the process needed to regulate hemp production," Commissioner Comer said. "Now that we almost have the first year behind us, and we have a formal process in place for KDA to import the seeds, supervise the cultivation of hemp, and market the products, I hope we will have many more growers and projects next year, and we can make sure Kentucky is first in line when hemp production becomes fully legal in the United States." 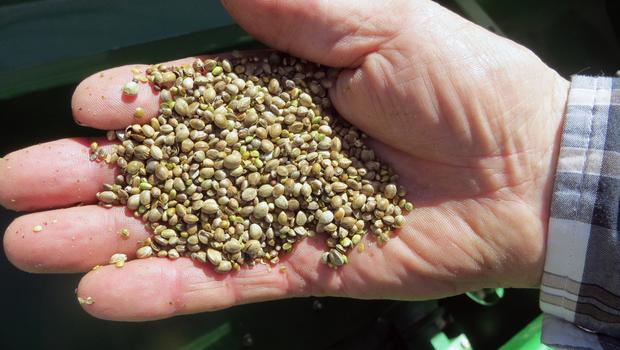