A state senator from Louisville wants to legalize marijuana in Kentucky, but a key committee chair says the bill likely won't get an opportunity to advance in the upcoming General Assembly session.

The "Cannabis Freedom Act" creates a regulatory framework to grow, distribute and consume marijuana in the state.

State Sen. Perry Clark, a Louisville Democrat, said it is "abundantly clear" that cannabis should be legalized and treated the same as alcohol.

"Too many Kentuckians have had their lives stymied with criminal records as a result of nonviolent marijuana convictions. That is wrong," Clark said. "It is time to stop making criminals out of citizens due to outdated and ridiculous laws concerning cannabis."

Clark has proposed legalizing marijuana for medical purposes in past legislative sessions, but the efforts have found little traction in the Republican-led Senate.

Clark's bill would allow for marijuana cultivation, possession and sale. Consumption would be prohibited by people under 21. People would be able to possess up to one ounce of cannabis and cultivate up to five plants. Smoking in public would still be prohibited and carry a $100 fine.

The regulatory system would mirror that of Kentucky's alcohol laws: Production and sale would be split into licenses for growers, distributors and retailers.

State Sen. Whitney Westerfield, a Republican from Hopkinsville, said it's unlikely that he would hear Clark's bill in the Senate Judiciary Committee, which he chairs.

"I've seen the cases, I have prosecuted the cases where a death has occurred because someone was operating a vehicle under the influence of pot and killed somebody," Westerfield said. "I don't ever see me being in favor of recreational legalization."

Westerfield has declined to take up bills that legalize marijuana for medicinal use in past legislative sessions. It's unlikely he would do so this year, though he said he would read the bills first.

During his campaign, Gov. Matt Bevin said he would be in favor of legalizing medical marijuana, but was opposed to marijuana being used for recreational purposes.

"The savings and revenue increases in Kentucky would be enough to offset needed raises for our state troopers, correction officers and parole officers," Clark said. 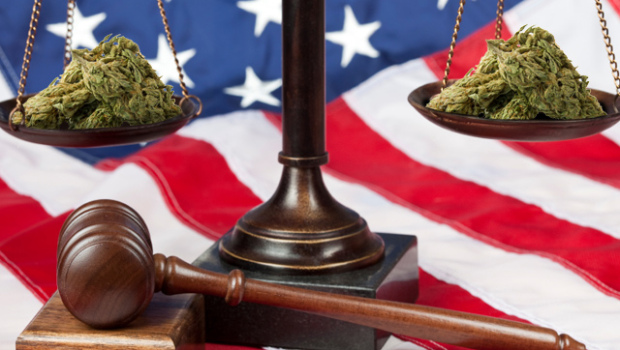 “I’ve seen the cases, I have prosecuted the cases where a death has occurred because someone was operating a vehicle under the influence of pot and killed somebody,” Westerfield said. “I don’t ever see me being in favor of recreational legalization.”
Click to expand...


Is he so sure that it was the Cannabis that caused these fatal crashes or were there other elements involved like, I don't know...maybe alcohol? Or just bad or distracted drivers? I seriously doubt that Cannabis was the soul reason for any of these fatal crashes.

Not that I advocate for driving under the influence of any substance but I'd certainly be willing to make a bet with anyone that alcohol (which is legal) certainly contributes to way more deaths involving vehicles than Cannabis ever has or will. Bad or unskilled drivers would be a close second cause for fatal crashes in this country due to the lack of driver training these days and the sheer lack of people paying attention and being distracted while driving. Cell phone use while driving alone probably causes more deaths than Cannabis ever will, although, and I say it again, I don't condone or support driving under the influence of any substance or distraction for that matter, just don't do it.

I really hate when people like this use car crashes as a fall back answer to block Cannabis legalization, it's a cop out answer, especially when they know full well that alcohol and distractions are the leading causes of fatalities on the road. They conveniently throw Cannabis under the bus in order to maintain control and power, otherwise they'd be throwing alcohol and cell phones under the bus as well. Notice how he didn't even mention those two things in the same sentence? It was strictly a jab against Cannabis as a blocking strategy against legalization and this guy should be grilled on this fact, he should be vigorously questioned about his statement and forced to back up his claims.

Here's a case study for them, if they really want to narrow down why people crash cars?...Ok, take 20 people out to a 20 mile stretch of empty road, let each one smoke a 1/4 or maybe even 1/2 gram joint and drive the course, then the next day let them drink a 6 pack of beer and drive the course, then the next day have them talking on the phone through the course and then have them texting through the course and get back to us with the results. Hell, they could even do it with 100 people and 100 miles of road, I don't care, I'll bet the results would all be the same, the alcohol would most likely be the worst influence, then texting then talking then the Cannabis would most likely come in dead last of all those things to cause driving problems. Until they do a test like this, any attempt to prove Cannabis as a serious cause of allot of fatal crashes is just hearsay and just more propaganda without the facts to back up their claims.