After lengthy discussion Monday, two tax items on the Ketchikan Gateway Borough Assembly agenda each were postponed: an increase to the sales tax cap and a tax on retail marijuana.

The retail pot tax discussion is an item that carried over from the second meeting in July.

During that meeting, an ordinance calling for a marijuana sales tax of up to 10 percent was sent back to borough management with direction to link the additional tax to the potency of marijuana products, such as concentrates and edibles.

When it returned to the Assembly, though, there was lengthy discussion about how complicated the borough's excise tax should be.

Assembly Member John Harrington suggested indefinitely postponing the measure and asking borough management to come back with another, simpler ordinance calling for a 5 percent excise tax on retail marijuana.

That motion passed 4-3, with Mike Painter, Alan Bailey and Stephen Bradford voting no.

Glen Thompson, though, added that he'd like some options with the new ordinance, including an additional excise tax related to potency.

The assembly also discussed and ultimately postponed a proposed increase to the sales-tax cap on single-item purchases, which has remained at $1,000 for about three decades.

The original proposal tripled the tax cap, but during the second meeting in July, the motion's co-sponsor Bill Rotecki asked that it be lowered to $1,500, and adjusted to inflation every five years.

The tax increase still wasn't a popular proposal. Local business representatives spoke during public comment against raising the tax cap, stating that they compete against big-box online stores that offer free shipping, so taking away this small advantage could affect their sales.

Hannah Ramiskey of Schmlock Mechanical said it's in the community's interest to help local businesses, and not provide more incentive to shop online.

Rotecki questioned whether someone would choose to buy online rather than locally over about $30 — which is the extra sales tax they would pay if the tax cap jumped to $1,500.

Rotecki's argument in favor of raising the tax cap is that leaving it as is means a greater percentage of taxes comes from smaller-item sales, putting more of a burden on lower-income residents.

But, with an apparent majority on the Assembly opposed to raising the sales-tax cap, he suggested not raising it, but still adjusting it to inflation every five years.

"The inflation thing is a very minimal increase," Rotecki said. "I don't know that this (assembly) body would have the nerve to do anything and I think that doing nothing is really wrong, so I propose that we do something, which is inflation-proofing."

That amendment passed, with Painter, Thompson and Bailey voting no.

But then, Thompson proposed postponing the whole thing indefinitely. He argued that the conversation was premature, and the Assembly needs to have a wider discussion about taxes in general.

That motion to postpone passed 6-1 with only Rotecki voting no. 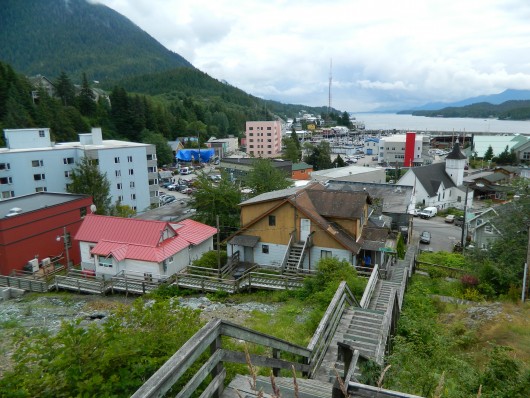