KS: Let Hemp Be Our Next Cash Crop

An antiquated and unnecessary law is preventing the development of a cash crop that could help farmers in southwest Kansas who struggle to farm in the arid region that sees little water and an aquifer that is drying up.

That could change, however, if the Kansas Legislature would let go of the past and open the door to effective research on the production of industrial hemp. With a change in the law, farmers would be allowed to grow the plant – which is hardy and requires little water – and markets could be developed for the plant's use.

The federal government with the Farm Bill of 2014 has already opened the door to such research.

Hemp has long been used in a number of consumer products. Paper, clothing, rope, even a form of plastic can be developed from the plant.

But misguided policy has prevented farmers from raising and selling the plant, even while it's a product grown in other countries.

It's long overdue, and the Legislature should pass this bill. It's not marijuana, and it's use in an industrial setting in no way moves us closer to legalization of marijuana – even though that should happen as well.

With traditional crops at such abysmal prices, farmers, especially those in the harshest areas of the state, need an alternative crop that can be grown inexpensively. Hemp is a viable option that likely would thrive where other crops struggle.

Concerns raised by law enforcement – that the language of the bill might lead to legalization of marijuana and that officers might struggle to enforce the state's drug laws – are overstated.

The state's drug laws and the ability of farmers to grow a legal crop are two distinctly different issues.

Besides, officers routinely deal with changes in the law, the addition of laws or the altering of enforcement practices.

This will be no different.

The issue of expanding the agricultural industry in Kansas shouldn't be mired down in a debate about drug policy.

It's long past time that farmers be given the chance to explore a crop that might produce revenue outside of the state's traditional crops.

The only reason this crop is illegal is that it was lumped in with hallucinogenic drugs during a hysterical phase in American history.

Meanwhile, other countries are growing and profiting from a crop that could do well in Kansas. 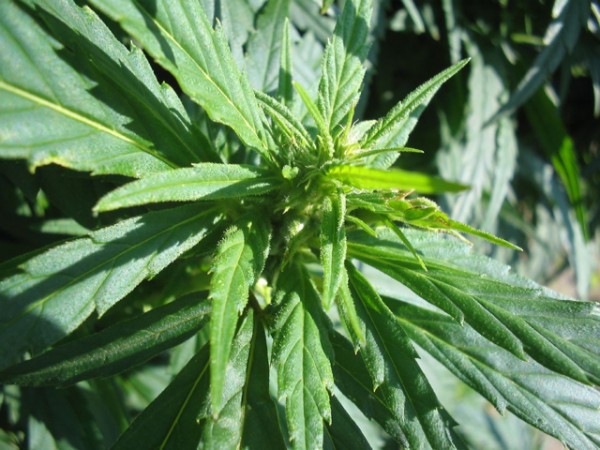