KY: U Of L Conn Center To Grow Hemp For Fuel

The 40-by-40-foot experimental plot will allow researchers to study the marijuana relative's potential for fuels and use in manufacturing.

The Kentucky Department of Agriculture and the University of Kentucky Agriculture Department are partners in the study located near the center's headquarters on the U of L Belknap Campus. Nearby plots will be planted with switchgrass and kenaf, two other plants that have similar potential as fuels, campus officials said.

Industrial hemp is worthless as a recreational drug. The hemp plant does, however, boast long, dense fibers that already are proving valuable in some manufacturing applications. It also has a woody core that may be effective as an alternative to fossil fuels.

"Hemp is cleaner and cheaper to produce than coal, oil or other resources," said Mahendra Sunkara, professor of chemical engineering and director of the Conn Center. "It could solve many of the nation's future energy needs while providing a new, lucrative cash crop for Kentucky's farmers."

The research will be carried out by Jagannadh Satyavolu, biofuels theme leader at the Conn Center; Noppadon Sathitsuksanoh, assistant professor of chemical engineering; and Eric Berson, associate professor of chemical engineering. Seven other Kentucky universities are conducting research on hemp, but U of L is the only one focusing on the plant as a fuel resource, according to U of L.

This isn't the normal planting time for hemp but the Conn school wants to test public reaction to the planting this fall and look at germination and some other issues before a full-season planting next spring, said Andrew Marsh, the center's assistant director.

"We want to eliminate the stigma that is attached to hemp," he said. "When people learn the characteristics of the crop and understand its potential for economic development, we think they will become advocates for its production." 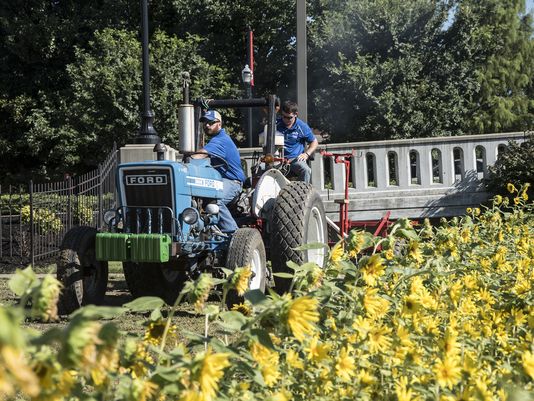