LA: Colleges May Soon Be Able To Grow Marijuana And Hemp

University agriculture centers might soon be able to start growing marijuana and its plant cousin, hemp, for industrial and medicinal purposes.

House Agriculture Committee approved two bills to the House floor Tuesday related to the currently illegal plants in the cannabis family. They would make it legal for universities to research the use of the fiber from the hemp plant for uses in textiles and other industries and growing marijuana for medical uses.

Historically hemp was used for sailing, clothing and rope, but since it is a member, like marijuana, of the cannabis plant family it was also made illegal. There were times in the nation's history that hemp was smoked as a mild narcotic. HB1085 was sponsored Rep. Jack Montoucet, R-Crowley.

The second bill, HB1099, by Major Thibaut, D-New Roads, would legalize and set up a system for the production and distribution of medical marijuana. The bill allows LSU Ag Center and the Southern University Ag Center to have the first rights to grow marijuana.

Production would be under the watchful eye of the Department of Agriculture and Forestry. This bill would ideally offer a solution patients legally prescribed marijuana in Louisiana but unable to obtain the drug.

"The production of medical marijuana is going to be the most highly scrutinized thing we will do as a state," said Mike Strain, agriculture and forestry commissioner. The universities would pay a $110,000 annual fee that would be paid to the department to operate a medical marijuana growing facility and 7 percent of the incomes they derive from the sale of the processed marijuana to pharmacies.

Starting a new medical industry – with a drug that is still marked as Schedule 1 narcotic by the federal government, meaning it has the strictest regulations – is more complicated than it looks, Strain said.

On top of the estimated costs, said Stain, there isn't much to compare this new system of growing and distributing with because the potential Louisiana model is different from other states because it is being done with the approach of producing a new medical product instead of a new business industry.

"You have to make sure that it is perfect, there has to be a lot of oversight and reporting," Strain said. "We've probably invested 200 man hours developing all the different rules and regulations because we have to get this right."

The bill includes considerations for the pharmacies distributing the drug. A pharmacist must open a new business with different licensing for distributing marijuana because of a pharmacist's licenses to handle federally regulated drugs doesn't include marijuana.

Danny Ford, a lobbyist with the Louisiana Cannabis Association, said the association doesn't support this bill because it requires the growing facilities to send 7 percent of what they earn selling the drug back to the Department of Agriculture and Forestry.

"We believe the 7 percent is too large in that we don't know how much they are going to be producing," Ford said. "There are companies out there that they can partner with which already track the plant from seed to product. Most states have multiple facilities. We will only have one or two, it's not going to require a fleet of people to regulate this."

Should the bill be passed and the universities decline the offer to start marijuana production because of the cost, it will be open to private institutions.

Rep. Bubba Chaney, R-Rayville, said medicinal marijuana production might offer a new revenue stream for the LSU and Southern systems, and that if not the fees paid to the Department of Agriculture and Forestry could be adjusted to make it more feasible. 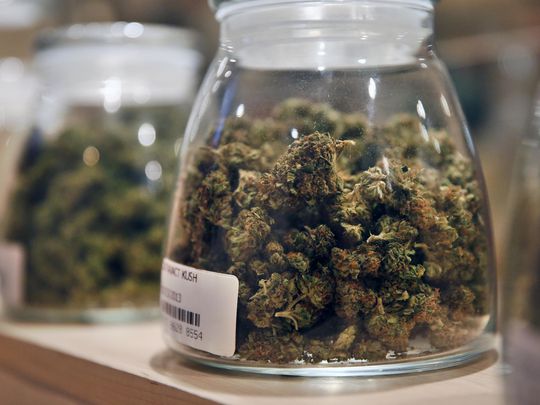