Langley City's council race just got more interesting with candidate Randy Caine being charged with possession of marijuana for the purposes of trafficking.

Advocates for the downtown facility that sells pot to people with Health Canada authorizations to use medical marijuana presented a petition at Monday night's City council meeting calling for a pilot dispensary project.

On Tuesday, Caine was contacted by Sgt. Jason Wilde about the charge and asked to meet at a coffee shop where he was given the arrest warrant and a promise to appear.

He is scheduled to appear in court Dec. 2 in Surrey charged with possession exceeding three kilograms for the purpose of trafficking.

On July 19, the RCMP raided the dispensary on Fraser Highway, seizing more than eight pounds of marijuana, and marijuana products including cookies and candy. The police also did raids on dispensaries and compassion clubs in Burnaby, Courtenay and Chilliwack

"These sorts of dispensaries are illegal and, despite what some may profess, have not been supported by the courts," said Langley RCMP Supt. Derek Cooke. "Marihuana is a very carefully regulated drug and the law does not allow for an individual to determine whom he or she believes should be able to buy it. People with a legitimate medical need can be licenced to use marihuana. They can then grow their own, or easily purchase the drug from the government's licenced medical supplier and have it conveniently delivered to their door."

Cooke said the police maintain that many of the dispensary customers were not licensed by Health Canada and he questions the source of the marijuana.

"There is absolutely no doubt in my mind that the drugs being sold at the dispensary came from illegal marihuana grow operations, and anyone who has been impacted by such an operation knows what a blight they have been on our community," Cooke said.

Caine said he was told that if the dispensary provides any marijuana, he will be arrested and views the charge as an "attempt to intimidate or scare me off."

"I don't really believe it's going to go to court," he said.

While angry about the timing of the legal move, Caine said this could end up galvinizing many City residents who have given in to voter apathy in the past and could have a significant impact on the current council's chances of getting re-elected. 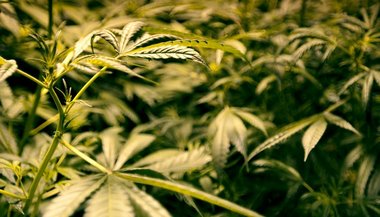 Dispensary Users Promise to be Vocal