Some Democratic lawmakers want to make it legal for Maryland residents to possess, use and grow marijuana, which would be regulated and taxed like alcohol, they announced Thursday. Sen. Jamie Raskin, D-Montgomery, and Del. Curt Anderson, D-Baltimore, said their proposed Marijuana Control Act of 2014 would take power out of the hands of drug dealers and channel revenue into public causes like school construction projects and drug and alcohol treatment programs.

"The vast majority of Marylanders have come to the realization that the current war on drugs is failing with respect to marijuana," Raskin said. The senator criticized the current laws banning the drug, saying that it drives up the cost of marijuana and enriches drug dealers and international organized crime in a way that could be avoided through government regulation. Their proposal would make it legal for Marylanders 21 years of age and older to possess as much as an ounce of marijuana, and would permit home-growing of up to six marijuana plants. Smoking the drug in public would remain illegal.

In November, a Goucher poll found that about 51 percent of Marylanders support legalizing marijuana, with about 40 percent in opposition. The poll had a 3.8 percent margin of error. But such sweeping legislation is likely to hit road bumps in the General Assembly, where a more modest decriminalization bill failed to pass last session. A similar decriminalization bill, which would shift possession of small amounts of marijuana from a criminal to a civil offense, is set to appear before lawmakers again this year.

Del. Luiz Simmons, D-Montgomery, said in a phone interview on Thursday that he will back that bill, sponsored by Sen. Robert Zirkin, D-Baltimore County, and believes the state should act cautiously regarding legalization and wait for any lessons that come out of states like Colorado, which recently legalized marijuana. "This is a wonderful opportunity for us to look at what are huge pilot programs in significant states and to learn before we leap," Simmons said.

But Raskin, Anderson and other supporters of legalization said that any decriminalization bill would fall short. "The problem with decriminalization is that it leaves in place the basic dynamics of criminal control over the supply of marijuana," Raskin said. "Our goal is to kick the drug dealers out of the state, and there is one way to do it, which is to regulate and tax marijuana — let the government take over the whole process." Both lawmakers said that marijuana regulation would also give government the ability to control the message surrounding the drug and to keep it away from children. It would also allow law enforcement officials to focus their time and resources on serious violent crimes, like homicide.

Gov. Martin O'Malley recently said he opposes the legalization of marijuana, which he called a "gateway to more harmful activity." But Anderson spoke out against that notion Thursday, citing studies that have shown marijuana not be dangerous. "What we're trying to do is simply let folks know that marijuana is not the addictive drug that you've been led to believe ... and marijuana is not the gateway drug you've been led to believe," Anderson said. He called marijuana "a gateway drug in a totally different respect," saying a marijuana arrest can prevent young people from getting jobs or getting into schools. Advocates said that like a decriminalization bill, the Marijuana Control Act of 2014 would reduce the number of people whose lives are negatively affected by marijuana-related charges. But regulating and taxing the drug would also create revenue for the state. 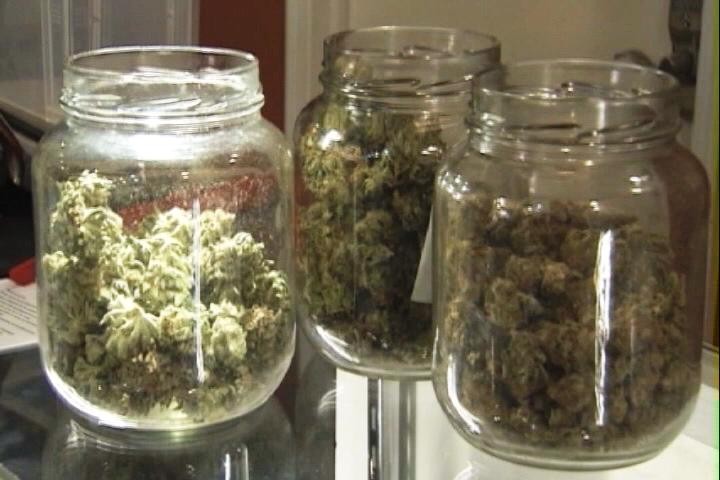