A bipartisan group of lawmakers is pressing the Department of Veterans Affairs to allow veterans to use medical marijuana.

Currently, VA doctors are prohibited from recommending medical marijuana to their patients, even in states that have legalized pot.

These veterans must go to nonmilitary doctors outside their healthcare plan to obtain a prescription. The tedious and expensive process often discourages veterans from seeking access to such treatment, critics say.

"Since many medical marijuana states require that a doctor fill out a form certifying that a patient is suffering from a qualifying condition in order to allow them to gain access to medical marijuana through state-regulated dispensaries, this policy only encourages those VA patients who are seeking treatment to go outside of the VA system and seek a recommendation from a physician likely far less familiar with their symptoms and medical history," the lawmakers wrote.

"It is not in the veterans' best interest for the VA to interfere with the doctor-patient relationship."

The VA policy expires at the end of the month and lawmakers don't want the agency to renew the medical marijuana provision.

The letter was signed by Sen. Kirsten Gillibrand (D-N.Y.) and Rep. Dana Rohrabacher (R-Calif.), among others.

The controversial VA policy is part of a larger federal prohibition on marijuana, but a growing number of lawmakers are pushing to overhaul pot laws in Washington.

Medical marijuana is legal in 23 states and Washington, D.C. 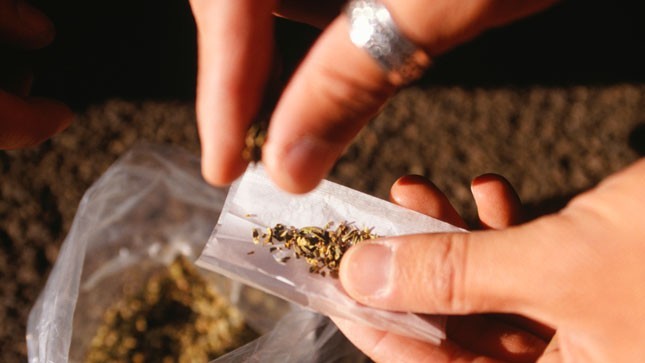