WASHINGTON -- Less than two months after patient advocates filed a lawsuit compelling the federal government to answer a 9-year-old petition to reschedule medical marijuana, the Drug Enforcement Administration (DEA) today made official its denial of the petition in the Federal Register.

The Coalition for Rescheduling Cannabis (CRC), which includes patient advocacy group Americans for Safe Access (ASA), filed the petition in 2002 seeking to reclassify marijuana from its current status as a dangerous drug with no medical value, but never heard from the federal government until it received the denial.

In its denial of the CRC petition, the government concluded that "marijuana has a high potential for abuse, has no accepted medical use in the United States, and lacks an acceptable level of safety for use even under medical supervision," recommending that marijuana remain in Schedule I. "Although this superficially looks like a defeat for the medical marijuana community," said Joe Elford, ASA Chief Counsel and lead counsel in the recent lawsuit. "It simply maintains the status quo," Elford continued. "More importantly, however, we have foiled the government's strategy of delay and we can now go head-to-head on the
merits, that marijuana really does have therapeutic value." ASA intends to appeal the government's denial of the petition to the D.C. Circuit as soon as possible.

Notably, the petition denial was sent to legal counsel in the pending lawsuit on June 30th, one day after the Justice Department issued a memorandum to U.S. Attorneys upholding federal threats of criminal prosecution against local and state officials for attempting to pass and implement their own medical marijuana laws. "The federal government is making no bones about its aggressive policy to undermine medical marijuana," said ASA Executive Director Steph Sherer, "And we're prepared to take the Obama Administration to court over it."

The denial also comes the same week as the International Cannabinoid Research Society (ICRS) is holding its 21st annual symposium in St. Charles, Illinois, just outside of Chicago. The symposium is sponsored in part by an array of pharmaceutical companies, the U.S. National Institute on Drug Abuse (NIDA), and ElSohly Laboratories, Inc., the federal government's only licensed source of research-grade cannabis (marijuana) used in therapeutic studies. Currently, several pharmaceutical companies are asking the government to reschedule organically produced THC, the primary compound found in the marijuana plant, so they can sell a generic version of Marinol®, which is now made
synthetically.

"The government cannot have it both ways, marijuana is either a medicine or it's not." continued Sherer. "If the government is going to sponsor a conference on medical marijuana, it should show the same deference to the millions of patients across America who simply want access to it." ASA and its grassroots patient base has been urging President Obama since he took office to develop a comprehensive federal policy that would address medical marijuana as a public health issue.

Over the past few years since the CRC petition was filed, the two largest physician groups in the country -- the American Medical Association and the American College of Physicians -- both urged the federal government to review marijuana's status as a Schedule I substance. In addition to new scientific discoveries occurring on a regular basis, numerous polls have shown that medical marijuana has the support of up to 80% of Americans. 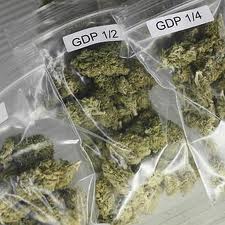