With Colorado pot dealers doing brisk business legally, supporters of decriminalizing marijuana in Pennsylvania are renewing their charge that the state is on the wrong side of a multibillion-dollar industry. State and federal governments could save $8.7 billion a year on law enforcement, judicial and incarceration costs, and reap $8.7 billion a year in tax revenue, if they followed the lead of Colorado and Washington, the first states to legalize the sale of marijuana for recreational use, according to a study by the libertarian Cato Institute.

Pennsylvania's slice of that could top $800 million, said state Sen. Daylin Leach, D-Montgomery County, who introduced a bill to legalize marijuana and sell it through the state's liquor store system. "Think of the problems we could solve if we had this revenue," Leach said. Yet many issues remain unresolved. Colorado and Washington voters legalized recreational marijuana use in 2012. Colorado's dispensaries opened Wednesday. Washington's are months from opening as the state finalizes regulations.

"What are the ramifications?" he asked. "Do we get a dropout society? Do we get people who don't want to work?" Leach argued society pays a cost for marijuana policy, because people convicted of possession get expelled from school, fired from jobs and potentially barred from future jobs. The Cato study estimated that marijuana-related expenses for law enforcement, the judiciary and jails and prisons in Pennsylvania cost state and local governments about $190 million a year. The American Civil Liberties Union put the cost at more than $100 million, and Leach said it could be as much as $350 million.

Taxes on legal marijuana sales and ancillary businesses they would support could generate $200 million to $500 million in taxes a year, Leach estimated. That money is in the marketplace, "in the hand of the trafficker and the consumer, who aren't paying taxes," said Jeffrey Miron, a Harvard University economist and co-author of the Cato study who favors legalizing marijuana. "If you asked most people, 'Would you be in favor of a policy that redistributed tax income from the average taxpayer to people who are breaking the law?' they'd say, 'Of course not. Are you crazy?' But that's the effect of prohibition," Miron said.

Public support for legalizing marijuana topped 58 percent in a Gallup poll released in October, rising above 50 percent for the first time since Gallup began asking the question in 1969. Leach compares it with gambling. "Forty years ago, there was only one state you could gamble in; now, there are 48," he said. "Why? Because people started seeing how much money could be made. They started seeing that the world didn't fall apart."

Gambling did not violate federal law, though, and "we haven't changed things at the federal level," Miron said. If, for example, New Jersey Gov. Chris Christie, a Republican and former attorney general, wins the presidency, "he could easily say, 'I took the oath of office. I swore to uphold the laws of the United States, and this is against the law.''' Colorado, a swing state claimed by the winning candidate in four of the past five presidential elections, emerged as a key prize in the last two races. "I would be very surprised if Gov. Christie, who wants to carry Colorado, goes there and says, 'If you elect me, I'm going to start arresting you,'" Leach said. But public opinion can be fickle, Miron said. 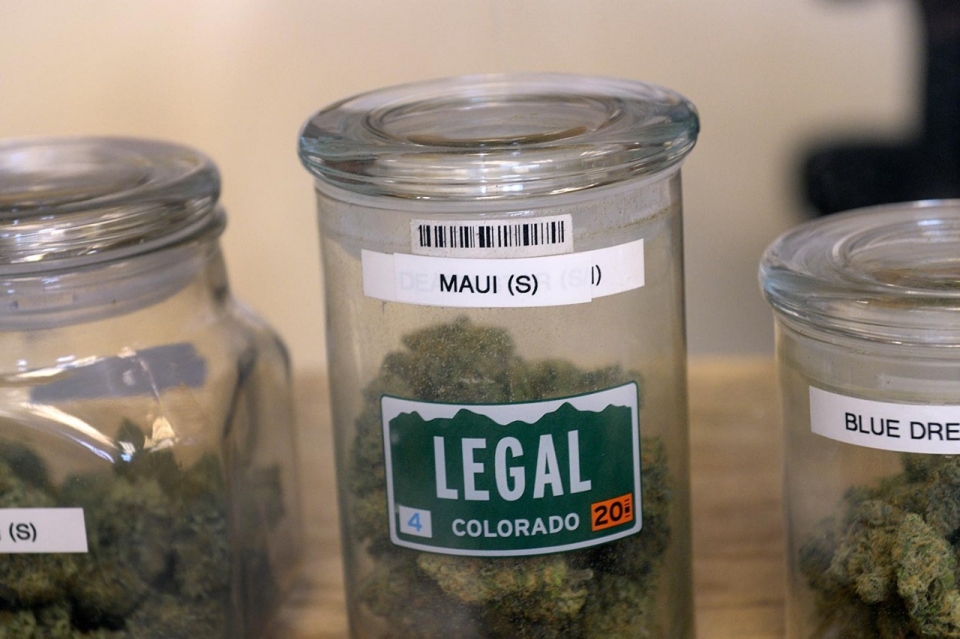 T
Bill Legalizing Marijuana To Be Introduced In Pa

K
What Will Change If Massachusetts Legalizes Marijuana?