Oregon - The Hillsboro City Council, rushing to enact a tax on recreational marijuana before Election Day, has scheduled a special meeting for Sept. 30 so it can vote on the matter. The council already approved the first reading of an ordinance establishing a 10 percent sales tax on recreational marijuana in the city. But since it would take 30 days to go into effect, the ordinance wouldn't become law in time for the statewide vote on marijuana legalization if the council waits until its previously scheduled Oct. 7 meeting to hear the second and final reading.

The Hillsboro sales tax would supplement — not replace — any tax the state decides to impose on recreational marijuana if voters approve Measure 91 on Election Day. Any such local levy, however, would likely be challenged in court and may not stand. Measure 91 would give the state the exclusive authority to tax marijuana. It also would "supersede and repeal inconsistent charters and ordinances." The city has already acknowledged that the tax might not hold up, but officials are proposing it ahead of November's election just in case it does.

"Currently, no law in Oregon prohibits a local government from taxing marijuana," said city spokesman Patrick Preston in an email. "We believe that by approving a local marijuana sales tax ahead of the vote, Hillsboro will have established its local sales tax ahead of Measure 91's implementation, allowing the tax to be grandfathered in, if need be, as part of home rule authority." The city of Ashland has already passed a similar tax, and other cities like Forest Grove were considering doing the same. In Hillsboro, medical marijuana cardholders would not be taxed on marijuana purchases, according to the ordinance. But the city's planning commission recently postponed indefinitely a vote on zoning medical pot dispensaries, preferring to wait until after the election. The meeting begins on Sept. 30 at 6 p.m. in the Hillsboro Civic Center auditorium. 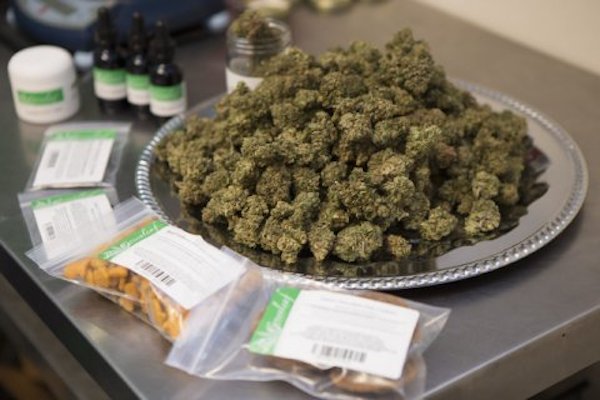