The marijuana industry has taken a couple of hits in Washington this month.

First, an amendment that would have stripped a part of the tax code that places extra financial burden on cannabis businesses was pulled at the last minute from the GOP tax plan approved by the U.S. Senate.

Also, Attorney General Jeff Sessions again made remarks that seemed to threaten a potential federal crackdown on the legal marijuana business any day now, maybe even by the time you read this. The events underscore the fact that even as the marijuana industry continues to grow by leaps and bounds, it still faces challenges.

No tax relief, yet.

Marijuana industry entrepreneurs had hoped the sweeping tax changes voted on by Congress would provide the perfect opportunity to end the dreaded provision 280E in the federal tax code.

The provision blocks marijuana businesses from deducting normal business expenses on tax returns. Such deductions are used in every industry. Costs deducted including buying materials and supplies, paying employees and purchasing and maintaining equipment.

But that's not the case with legal cannabis.

The amendment initially was created to keep those engaged in the illegal drug trade from deducting expenses. Now it punishes legal marijuana companies. The National Cannabis Industry Association argues that some legal cannabis businesses effectively pay a 70 percent tax rate because they cannot deduct business expenses.

Things came close to changing. Sen. Cory Gardner, a Republican from Colorado, had a repeal of the amendment as part of the GOP tax plan passed by the Senate. However, at the last minute he pulled the proposal out of the legislation.

Gardner said he was unsure he had the votes. He especially became worried after the Joint Committee on Taxation reported that the amendment would cost the government $5 billion in tax revenue.

The House version of tax reform also did not repeal 280E. While a committee now must hammer out a compromise bill to send to President Donald Trump, it seems unlikely the provision will be put back in.

Meanwhile, Sessions seemed to contradict an earlier statement that he would not crack down on states where marijuana is legal. Marijuana, while legal in more than half the states for either medical or recreational use, remains illegal at the federal level.

In mid-November, Sessions testified before a Congressional committee. He was asked if the Justice Department would continue to act in accordance with the Cole Memo and the Rohrabacher-Farr Amendment.

The former essentially keeps the federal government from interfering in states where marijuana is legal if states meet certain standards (such as keeping marijuana out of the hands of minors). The latter prohibits the use of federal funds for any such efforts.

"I believe we are bound by that," Sessions said in his testimony.

Fast forward two weeks, however, and Sessions said something different. In a press conference last week, a reporter asked Sessions about the Cole Memo. He responded:

"It's my view that the use of marijuana is detrimental and we should not give encouragement in any way to it. It represents a federal violation which is in the law and is subject to being enforced, and our priorities will have to be focused on all the things and challenges we face...So we'll be working our way through to a rational policy. But I don't want to suggest in any way that this department believes that marijuana is harmless and people should not avoid it."

Make of that what you will. It's lead to rampant speculation that Sessions is about to declare "war" on legal marijuana, as well as calling the federal government the worst threat to legal marijuana businesses. 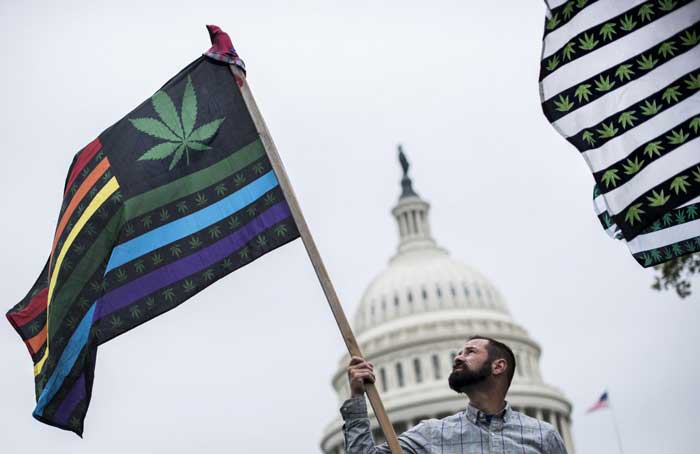 ron strider said:
“it’s my view that the use of government force is detrimental and we should not give encouragement in any way to it.”
Click to expand...