Legal Weed Bill Most Popular On Congress Website, But Never Voted On

A 2013 bill that would have ended the federal government's prohibition of marijuana is the most viewed legislation on the Congress website. It is more popular than bills for jobs or for emergency unemployment compensation, but Congress has never voted on it. On Friday, Marijuana Majority took a screenshot of the bill on Congress front page and posted it to Facebook.

"The contrast between overwhelming public support for marijuana reform and Congress' lack of action on the issue is frustrating," Marijuana Majority chairman Tom Angell said to The Huffington Post. "The most recent Gallup poll shows that 58 percent of Americans support legalizing marijuana, but less than 4 percent of the U.S. House has signed on to a bill that would simply let states set their own marijuana laws without federal harassment."

"It's time for politicians to start abiding by the wishes of the people they're supposed to represent," Angell added. H.R. 499, or "Ending Federal Marijuana Prohibition Act of 2013," directs the U.S. Attorney General to issue an order that removes marijuana in any form from all schedules of controlled substances under the Controlled Substances Act. If passed, it would effectively end the federal government's prohibition of marijuana.

"Our legislation doesn't force any state to legalize marijuana," said Rep. Jared Polis, the bill's sponsor, to HuffPost. "But Colorado and the 18 other jurisdictions that have chosen to allow marijuana for medical or recreational use deserve the certainty of knowing that federal agents won't raid state-legal businesses. Congress should simply allow states to regulate marijuana as they see fit and stop wasting federal tax dollars on the failed drug war." Although the bill has not seen a vote, Scott Overland, spokesman for Polis, told HuffPost that it does have bipartisan support. 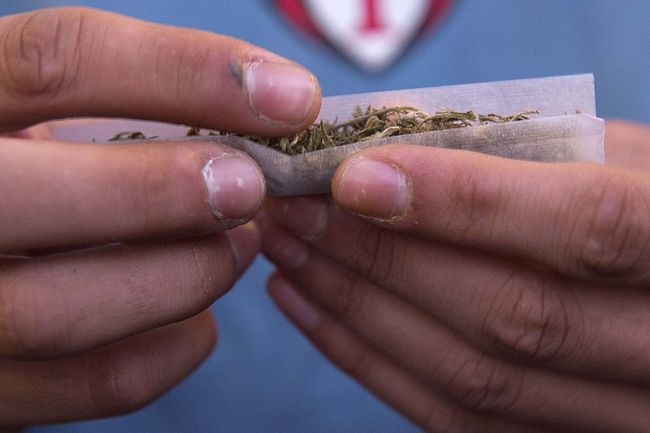 News Moderator - The General @ 420 MAGAZINE ®
Source: Huffingtonpost.com
Author: Matt Ferner
Contact: Contact us
Website: Legal Weed Bill Is The Most Popular On Congress.gov, But Lawmakers Never Even Voted On It

Power to the people!! :tokin:
S

I looked at this and found that Fl. Rep. Alcee Hastings (Dem)had signed on as a supporter. Mr Hastings is from 20 th district or so I think. I am from farther north. I sent him a thank you email. and got response that he could not reply to my email because I was out of his district. I thought he represented the state of Fl. Just was from the 20 th district. Now I know why some congress men never seem to get the word. Even if it was a thanks.
You must log in or register to reply here.
Share:
Facebook Twitter Reddit Pinterest Tumblr WhatsApp Email Link
Top Bottom