Just because marijuana is legal in California doesn’t mean people can drive around stoned.

The state is establishing methods and protocols for testing drivers’ blood for marijuana and determining the legal limit for marijuana impairment while driving.

“There are companies developing tests right now,” said Shawn Ahearn, a captain at the Sunnyvale Department of Public Safety.

Alex Traverso, a spokesman for the state’s Bureau of Cannabis Control, said state officials are meeting with law enforcement agencies, the CHP and the Traffic Safety Office monthly to discuss reforms. UC-San Diego is also in the middle of a three-year study on the effects of cannabis on motor skills.

For now, law enforcement agencies will continue to employ the same methods they’ve had in place to identify motorists who drive while impaired by marijuana—inconclusive as they may be—as well as depend upon the judgment of officers.

Officers will treat marijuana “no different than alcohol or any other controlled substance,” said Gary Berg, captain at the Campbell Police Department.

“The challenge for law enforcement is that a lot of it is going to be based on initial driving indicator tests and then field sobriety tests,” he said. “But there is no kind of concrete scientific way to measure it.”

Carrying marijuana products in the car is permissible as long as they’re sealed and don’t exceed weight limitations, according to Patrick Vanier, a supervising deputy district attorney on the Santa Clara County District Attorney’s Office narcotics prosecution team. But driving and smoking is definitely not allowed.

In Santa Clara County, smoking or consuming marijuana will be confined mostly to indoors. Smoking will not be allowed in public places or where there’s a pre-existing ban on cigarette smoking, Vanier said. It is also prohibited within 50 feet of government buildings and 1,000 feet of any school or daycare center while school is in session. Smoking in public carries a $100 fine, and that can go up to $250 for smoking where tobacco is banned.

Underage smokers will get slapped with six to eight hours of community service and a drug awareness class.

The passage of Prop. 64 could create more work for the sheriff’s office marijuana eradication team, said Glennon, adding that he fears some may misinterpret the state’s attitude toward marijuana as “laissez-faire” and consequently contribute to the degradation or endangerment of the environment by engaging in large-scale outdoor cultivation, which remains a felony violation.

“Most of the aggressive investigations are going to be toward marijuana grows that take place on private or public lands,” he said. Violators are looking at fines and penalties that could run up to the tens of thousands of dollars, he added.

The legalization of marijuana means prosecutors will handle marijuana cases in new ways.

For one, the law allows retroactive changes that could turn a felony conviction into a misdemeanor and a misdemeanor into an infraction. Under Prop. 64, people who have been found guilty of possession, transportation or cultivation of marijuana can ask the Superior Court to reduce their convictions and clear those offenses from their records. All three crimes were previously felonies without misdemeanor equivalents, Vanier said.

“What Prop. 64 did is it created a misdemeanor alternative for those crimes,” he said.

According to Vanier, 187 marijuana-related crimes handled by his office have been decriminalized or reclassified since the passage of Prop. 64.

“We had to see if any felony conduct existed in these 187 cases,” he said. “We did that and I would say, by and large, most of those cases were reduced down to misdemeanors.”

Only 14 remained felonies, he said. Marijuana-related crimes elevate to a felony if the defendant is a registered sex offender or has a history of convictions for drug sales or a previous conviction for certain felonies known as super strikes.

In reviewing cases, the highest priority was given to those already serving time in county jail or state prison for marijuana-related crimes, Vanier said. The next priority were people who weren’t in custody, including those on probation or parole, but had a marijuana-related conviction. Those are being processed on an ongoing basis, he added. 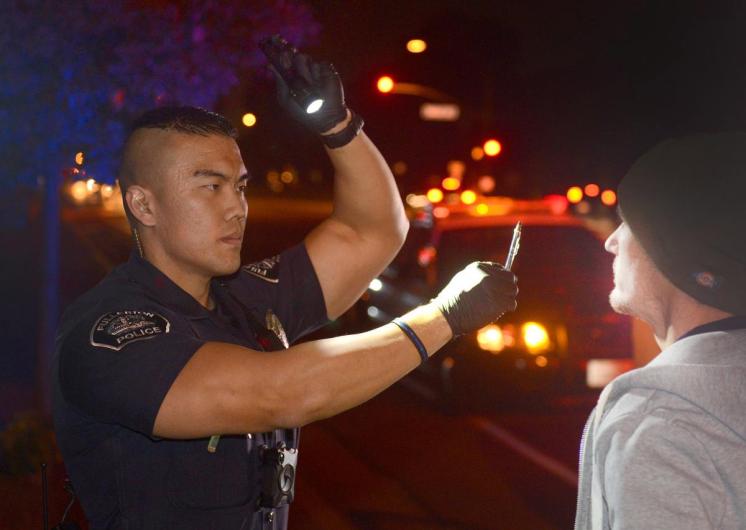