Montana is one of 13 states to legalize a commercial industrial hemp program. A provision in the U.S. Farm Bill allows universities and state agriculture departments to begin cultivating hemp for research. Production is limited to pilot projects.

The federal government classifies hemp as an illegal drug under the Controlled Substances Act. Hemp contains trace amounts of the same hallucinogen found in marijuana, but it's genetically different.

Montana's law states that industrial hemp that does not contain more than 0.3 percent tetrahydrocannabinol (THC) is considered an agricultural product.

An individual in the state "may plant, grow, harvest, process, sell or buy industrial hemp" if the industrial hemp does not contain more than 0.3 percent THC, the law says.

The law requires industrial hemp growers to be licensed by the state of Montana.

Also, it creates an affirmative defense to prosecution under criminal code for marijuana possession or cultivation.

In 2009, The Associated Press reported the state had granted a Bozeman woman its first license for an industrial hemp-growing operation. Laura Murphy said she wanted to develop a domestic market for the plant despite federal law barring its cultivation.

The Montana Hemp Council "works to educate and inform Montanans about the benefits, history, uses, versatility, and politics of industrial and agricultural hemp." On its website, the council emphasizes that hemp is not marijuana: "They are the same genesis and species, just as a St. Bernard and a Chihuahua are. The plants have evolved over millennia to serve different purposes. Hemp has a low THC level that could never get a person high. Any marijuana grown near hemp plants would cross-pollinate turning pot plants into hemp." 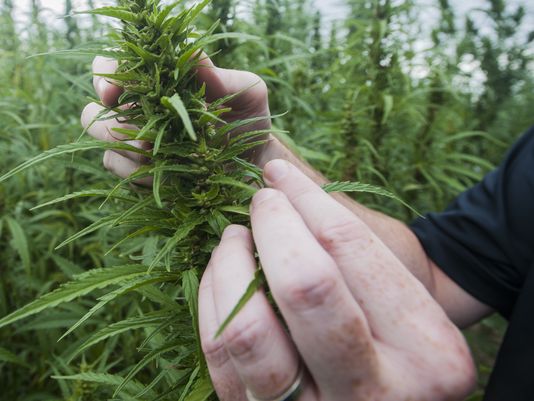 Industrial Hemp On The Horizon In Wyoming