In addition to being one of the earliest states on board with the legalizing weed movement, Colorado is also one of the first states to legalize farming of industrial hemp. This crop can be used for an array of products, including food, transportation, clothing, and fuel.

1. The law in Colorado defines industrial hemp as any part of the cannabis sativa plant containing less than three-tenths percent THC. THC, or delta-9 tetrahydrocannabinol, is the part of the plant that produces the "high" associated with marijuana. Contrary to popular belief, it's impossible to get high by smoking or ingesting industrial hemp.

2. As a result of the law, Colorado is the first state to have a legal crop of industrial hemp in almost 60 years. If the crop follows in the footsteps of Canada's legal industry, it could have the potential to yield revenue of up to $390 per acre, The Denver Post reported.

3. Colorado is the only state to allow growing industrial hemp for both research and commercial purposes. Because of the federal laws surrounding industrial hemp, which make it legal to grow only by universities for research purposes, most states still do not allow commercial farmers to plant the crop.

4. The first legal hemp crop in the state will be the subject of an upcoming documentary. Farmer Ryan Loflin of Springfield planted 60 acres of industrial hemp on a field formerly used for alfalfa. A documentary film crew, which includes collaborators such as Hemp Cleans and Hemp, Inc., has been following his journey.

5. Many new businesses in Colorado have sprung up in the wake of the legalization. While you've probably heard that legalizing weed has given birth to a whole new industry, the same is true for industrial hemp. Just a few of the permits for new businesses received in the state since the crop has been legalized include hemp coffee, paper, home building insulation, rope, batteries, and dietary supplements.

6. The state may randomly test crops to ensure that they contain no more than .3 percent THC. These measures are necessary to ensure that illegal marijuana plantations don't spring up in the guise of industrial hemp farming, although recreational marijuana is now legal in Colorado. 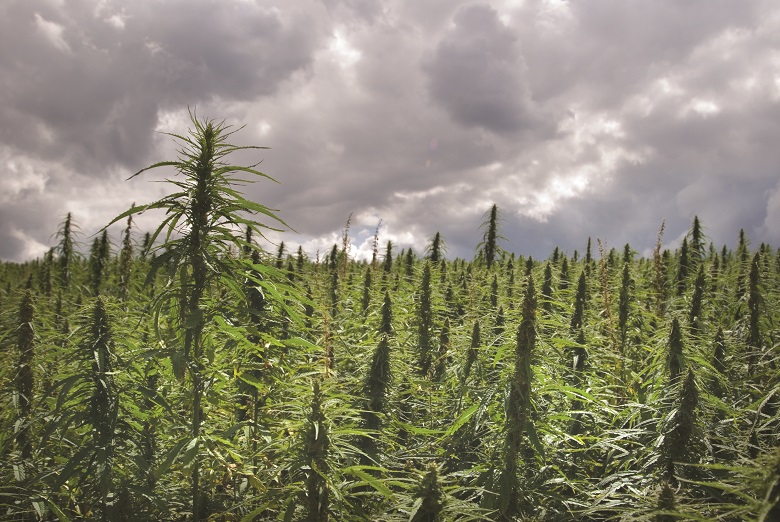