Legislation to legalize marijuana use, especially for medical purposes, is being discussed again in West Virginia.

On Nov. 6, popular votes in Colorado and Washington state legalized the recreational use of marijuana.

Delegate Mike Manypenny, D-Taylor, said the bill he is backing in the Legislature focuses on medical, not recreational, uses of marijuana.

"I do support decriminalizing small amounts for people getting caught. It would reduce the impact on our prison system. But my main goal is to legalize the ability of doctors to recommend it for a patient for a chronic ailment."

Today, Manypenny said, "80 percent of our state's prison population is there directly or indirectly related to charges of substance abuse.

"Legalizing marijuana could also spur economic development, Manypenny said. "We could export it to other states that approve medical marijuana. Ohio and Pennsylvania may also be close to getting something passed."

Brad Douglas, the Department of Corrections' director of research and planning, did not return phone calls Friday asking how the state estimates costs, and jail times, resulting from arrests related to marijuana possession.

Kaitlin L. Hillenbrand, a student at the West Virginia University College of Law, recently wrote a paper titled "State Deregulation of Marijuana Act. White Paper: A Bill Concerning the Decriminalization and Regulation of the Marijuana Industry."

In her paper, Hillenbrand says repealing the prohibition of marijuana will result in "numerous benefits to the state," including "over $72 million in savings and revenue in the first year, and that number will very likely increase each year. Law enforcement resources would free up to solve serious crimes."

Those benefits, Hillenbrand estimates, would include $29.6 million in revenues from a 6 percent sales tax on marijuana and taxpayer savings of $42.6 million by cutting marijuana arrests.

In 2011, one American was arrested every 42 seconds for marijuana possession. Yet marijuana use rates continued to rise, according to an FBI study.

On Nov. 15, Hillenbrand discussed her work about the legalization of marijuana with some members of the state Senate and House of Delegates.

Hillenbrand said she drafted a legislative bill, part of her paper, on behalf of Ken Robidoux -- a medicinal-marijuana patient originally from California who suffers from seizure disorders.

Hillenbrand said she modeled her bill after those that passed in Colorado and Washington last month, a model bill by the Marijuana Policy Project and the West Virginia statute that ended alcohol prohibition in the state in June 1933.

Hillenbrand hopes that West Virginia residents who favor the legalization of marijuana for either medical and/or recreational purposes express their opinions to their legislators.

Matt Simon, a legislative analyst for the Washington, D.C.-based Marijuana Policy Project, is working with Hillenbrand.

Simon praised Law Enforcement Against Prohibition, an international organization of criminal-justice professionals founded in 1999 that criticizes "the wasteful futility and harms of our current drug policies." 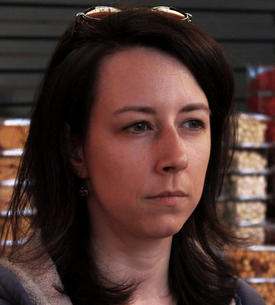 One by one...
Eventually We Will Be Free.
I hope I am here to see it, not getting any younger.

I have been away for a while, Is Tortured Soul still around?
I miss his take on things.
Jah Bless T.S.
Ilynnboy
Everything i say is heresay and probably a lie! :rasta:

Pastor Supports Use Of Medical Marijuana