Selectmen Monday night voted to endorse a project that seeks to situate a medical marijuana growing facility in a 45,000-square-foot building in the community's business district at 143 Clark St.

John Glowik of Prime Wellness of Massachusetts, based in Shrewsbury, said the endorsement, as well as similar support by the economic development committee, would be put in an application packet that will compete for 35 licenses to be issued by the state.

Mr. Glowik said 1 percent to 2 percent of Massachusetts' population, or about 68,000 people, are currently in need of marijuana for medicinal purposes. The organic growing facility would operate completely indoors and have a strict security system with cameras and a round-the-clock security officer.

He said that when vans arrive at the building to collect the product for distribution, they would drive into the facility and take the marijuana to dispensaries in Worcester, Framingham, and Boston.

Mr. Glowik emphasized the credentials of the physicians and others who would be involved and said that as a resident of the area for many years, he understands the issues the community faces. "I think people will be extremely happy with this facility. It is an opportunity to do something really interesting. We plan to be part of the community," he said. Thirty jobs are expected to be generated initially with up to 75 to 80 workers needed in year two.

"I want to see those jobs for locals here in Worcester County," he said.

Sterling and Grafton have also indicated they want such a facility in their communities, he said, but Mr. Glowik said Leicester was the company's first choice because of its central location and the building itself.

Town Administrator Kevin Mizikar said the town would derive revenues from the equipment as well as general property taxes. Selectman Doug Belanger, who serves on the economic development committee, said the $20,000 the town receives now would at minimum double. "I personally think it is time for us to move forward."

Mr. Glowik plans to meet with the fire marshal and building inspector this week. Selectman Matt Dennison, while acknowledging that state regulations dictate the process and control security measures and other details, said he wants the police chief on board and working with the company "on the same page."

A security team is expected to visit the site.

In other business, Mr. Mizikar in his first report to selectmen, noted that a freeze has been instituted on all spending at least through the Oct. 29 special town meeting. In addition, no overtime will be allowed until further notice.

Selectmen appointed Kyle Gibbons and Jason Hanbury, both of Spencer, as part-time dispatchers. Police Chief James Hurley said in a letter that both have vast experience and possess all the certifications required by the state 911 department. As a result, their appointments will save the Leicester Police Department 40 to 80 hours of training.

Mr. Mizikar recommended the appointments, adding that it will offset overtime costs and result in substantial savings.

Last week, voters overwhelmingly rejected a $1.5 million Proposition 2 Â½ override request and selectmen began preparing the special town meeting warrant. Mr. Mizikar told them he has been working with personnel in the accountant's office and other members of the financial team to review budget documents and recommendations made by former administrator Robert Reed. He said that he is preparing his own draft budget and financial plan for next fiscal year and he'd like selectmen and the advisory board to consider it before the Oct. 29 session. 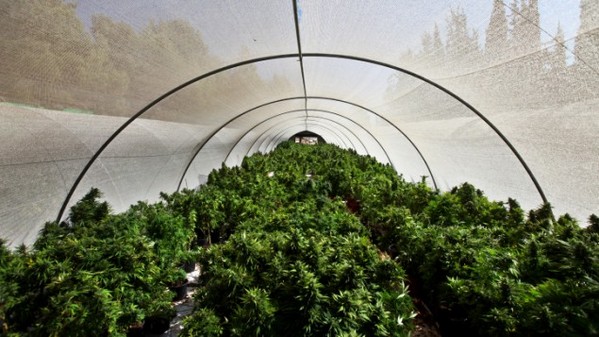 MA: South Uxbridge Proposed To Be Zoned For Marijuana Establishments