Life In Prison For Pot And Other Travesties Of Marijuana Prohibition

Now that growing and selling marijuana are legitimate businesses in Colorado and Washington, the injustice of sending people to prison for engaging in those activities is starker than ever before. This week at Reason.com, for example, Aaron Malin highlighted the case of Jeff Mizanskey, a Missouri man who has served 21 years of a life sentence he received for a series of marijuana offenses.

In 1984 Mizanksey sold an ounce of pot to a police informant, which led to a search of his home that turned up eight more ounces. Seven years later, acting on a tip that Mizanskey was selling pot, police obtained a search warrant and found less than three ounces in his home. In 1993 Mizanskey went to a motel room with a friend who planned to buy a few pounds of marijuana. The supplier turned out to be another informant cooperating with police in a sting operation.

Under Missouri's "three strikes" law, those three felonies triggered a mandatory life sentence. As Malin observes, Mizanskey "never hurt anyone, never brandished a weapon, and never sold to children." Yet he was punished more severely than many rapists and murderers. His only hope of freedom lies with Missouri Gov. Jay Nixon, who has the power to commute his sentence.

Mizanskey's case is unusual but not unique. In a 2013 report on thousands of nonviolent offenders serving sentences of life without parole, the American Civil Liberties Union (ACLU) describes 14 other cases where people received that penalty for marijuana offenses. The ACLU's list is not exhaustive, because it includes data for only nine states, plus the federal prison system. It also does not include de facto life sentences imposed as terms of years.

Like Mizanskey, the marijuana lifers in the ACLU report are all victims of laws aimed at "habitual offenders." Terrance Mosley, for instance, is serving a life sentence in Louisiana because police found two pounds of marijuana in a car in which he was sitting. Mosley, who says he was just getting a ride, insists the pot was not his. The driver received probation, but Mosley got life because of two prior offenses he committed as a teenager, both involving small amounts of cocaine.

Another Louisiana lifer, Anthony Kelly, likewise was convicted of two minor cocaine offenses as a young man–the first at 19, the second at 21. Four years later, he was visiting a family friend when police searched the house and found 21 small bags of marijuana, totaling about an ounce, in a toilet. A detective accused Kelly of trying to flush the pot, which Kelly denied. That was his third strike.

Leland Dodd, who is serving a life sentence in Oklahoma, had a record that included four drug felonies, stretching back to 1978, when he was arrested for trying to buy 50 pounds of pot from an undercover cop posing as a seller. As he puts it, he was condemned to die behind bars for "talking about buying some marijuana."

Even when habitual offender laws are not involved, people can end up serving de facto life sentences for marijuana offenses. Ten years ago, Weldon Angelos, a 24-year-old rap music entrepreneur from Salt Lake City, was sentenced to 55 years in federal prison for three small-time marijuana sales. The total amount of marijuana he sold was about a pound and a half, but because Angelos owned guns for self-defense he was convicted of using a firearm in the course of a drug trafficking crime, even though he never brandished a gun, let alone fired one.

Simply possessing a gun was enough to trigger a five-year sentence for the first marijuana sale and a 25-year sentence for each of the other two sales. Under federal law, those sentences must be served consecutively. Angelos therefore received a sentence 40 years longer than the one prosecutors had offered him as part of a proposed plea deal. The judge who was compelled to impose the sentence called it "unjust, cruel, and even irrational."

Without the gun charges, Angelos would have faced a sentence of up to five years for each of the marijuana sales. His actual sentence could have been much shorter than the 15 years that prosecutors offered, since the federal mandatory minimums for marijuana require amounts larger than the 24 or so ounces that Angelos sold. Marijuana offenses involving 100 or more plants or 100 or more kilograms trigger a five-year mandatory minimum, a sentence that doubles for a second offense. The 10-year mandatory minimum also applies to first offenses involving 1,000 or more plants or 1,000 or more kilograms. It was this sentencing scheme that inspired Julie Stewart to start Families Against Mandatory Minimums back in 1991, after her brother received a five-year sentence for growing marijuana in Washington, where people can now get a state license to do that.

Washington and Colorado have repealed all criminal penalties for possessing up to an ounce of marijuana and for production and sale by state-licensed businesses (as well as home cultivation of up to six plants in Colorado). But even if you exclude those outliers, state penalties for marijuana offenses vary widely. In Maine, possession of less than 2.5 ounces is a civil violation subject to a maximum fine of $600, and sale of less than a pound is a misdemeanor with a maximum penalty of one year in jail. In Oklahoma, by contrast, possession of any amount can get you up to a year in jail, and sale of any amount less than 25 pounds triggers a sentence of two years to life.

Texas has lighter marijuana penalties than Oklahoma, but its penalties for offenses involving cannabis concentrates are remarkably severe, as illustrated by the case of Jacob Lavoro. The Round Rock teenager, who was back in court yesterday for a pretrial hearing, initially faced a charge that carries a sentence of 10 years to life after police caught him with a pound and a half of hash brownies and cookies last April. Williamson County First District Attorney Mark Brunner explained the charge by noting that Texas law includes "adulterants and dilutants" in drug weight, meaning that Lavoro's baked goods could be treated as if they consisted entirely of hash oil.

After the case captured national attention, including a petition signed by nearly 250,000 people urging lenience, Brunner decided to downgrade the charges against Lavoro. Instead of a first-degree felony carrying a 10-year mandatory minimum sentence, he is now charged with two lesser felonies related to his possession of hash oil and marijuana. The more serious of those charges is a second-degree felony punishable by two to 20 years in prison.

If Lavoro does end up serving time, he will join tens of thousands of other marijuana offenders. In 2004, according to a 2007 report from the Bureau of Justice Statistics, marijuana convictions accounted for 12.7 percent of drug offenders in state prisons and 12.4 percent of drug offenders in federal prisons. Applying those percentages to the drug offender numbers for 2011 (225,200 state, 94,600 federal) suggests that roughly 40,000 people are serving time in state and federal prisons for marijuana offenses. That number does not include people serving shorter sentences in local jails, where a total of about 182,000 drug offenders were confined in 2011. Nor does it include the vast majority of the 758,000 people arrested for marijuana offenses that year. Nearly nine out of 10 marijuana arrests are for simple possession, a charge that typically does not result in a jail or prison sentence.

The fact that most people arrested on marijuana charges do not spend much time behind bars does not mean they are not punished. In addition to the humiliation, inconvenience, and expense directly related to their arrest and prosecution, they can suffer lasting ancillary penalties, including disruption of their educations, loss of their professional licenses, and impairment of their employment prospects.

Still, those burdens pale beside the fate suffered by marijuana offenders like Jeff Mizanskey or Weldon Angelos. The relatively lenient treatment of cannabis consumers raises a moral question that no prohibitionist has ever satisfactorily answered. If smoking pot is not such a big deal, how can merely helping people smoke pot by supplying the raw material justify locking anyone in a cage for years or decades? 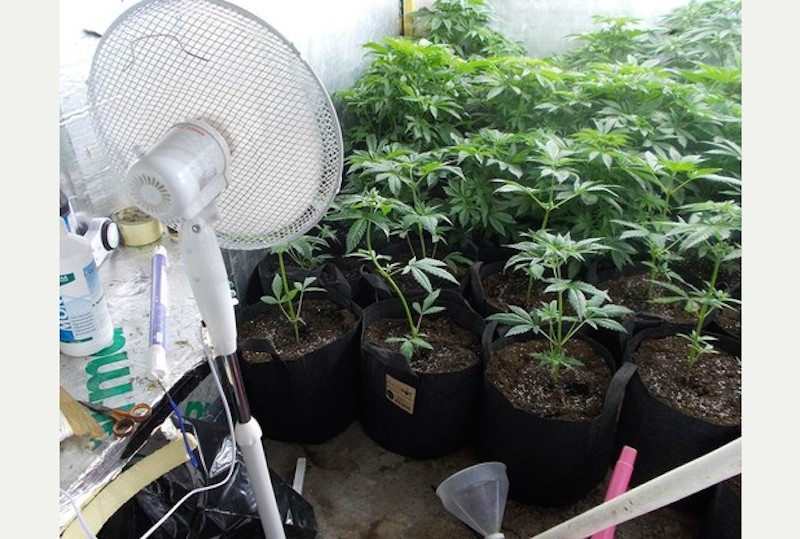 It's incredible how stupid our lawmakers are. In two states, you're generating millions of dollars to help boost the economy, then you have other states dishing out life sentences where some greedy asshole (CCA and GEO) can profit from your life on the NYSE. Sad...Appreciate the articles man.
- Current Journal -

This is really sad - unfortunately this country has been misled about marijuana for over a half a decade. People with no actual first hand knowledge of this plant not only look down on marijuana users, impose harsh and cruel jail sentences and feel good about it. If you talk to anyone who has never used marijuana they will tell you these people deserve to spend time in jail. The general public is simply misinformed. As a retired law enforcement officer, in 32 years I did not make an arrest for marijuana unless I simply had no choice due to supervisors or other officers on the scene. There has to be some common sense used by those who start the process by making the arrest. Think ahead to the outcome if you make an arrest for marijuana, does the person really deserve jail time? Was anyone hurt by this person possessing some marijuana? It is my hope marijuana laws in this country will soon be a thing of the past and those serving time will be released and their record expunged.
4

The government is corrupt and its uses the drug war to enslave the people of the world! When will people wake up? Marijuana is a cure for cancer and our government has kept it illegal!!.. By doing so the Govt. and Doctors (who just go along) are killing people! Instead of helping to cure illness! We the People, should hold these no good politician's accountable for all the pain they have cause the people of this world!...Our corrupt Govt. puts people in JAIL, that's where most of them belong! Lets wake up!

Sep 18, 2015
imasheshea
I
K
55 Years In Prison For Marijuana Until Obama, A Republican, And Advocates Intervened