How did the United States, land of the free, become the world's top jailer? It's a question asked by visitors from other democracies, and the American citizen who wakes from a stupor to find that our prisons are stuffed with people serving interminable sentences for nonviolent crimes. For the answer, you need look no further than the real America, the sparsely settled, ruggedly beautiful, financially struggling eastern third of Washington State. There, 70-year-old Larry Harvey, his wife, two family members and a friend are facing mandatory 10-year prison terms for growing medical marijuana – openly and, they thought, legally – on their farm near the little town of Kettle Falls.

To get a sense of the tragic absurdity of this federal prosecution, reaching all the way to the desk of Attorney General Eric H. Holder Jr., consider what will happen next month. Pot stores will open in Washington, selling legal marijuana for the recreational user – per a vote of the people. A few weeks later, the Feds will try to put away the so-called Kettle Falls Five for growing weed on their land to ease their medical maladies. Federal sentencing guidelines, which trump state law, call for mandatory prison terms.

Harvey is a former long-haul truck driver with a bad knee, spasms of gout and high blood pressure. He says he has no criminal record, and spends much of his time in a wheelchair. His wife, Rhonda Firestack-Harvey, is a retired hairdresser with arthritis and osteoporosis. Mr. Harvey says he takes his wife's home-baked marijuana confections when the pain in his knee starts to flare. The Harveys thought they were in the clear, growing 68 marijuana plants on their acreage in northeast Washington, one of 22 states allowing legal medical marijuana. (Federal authorities say they are several plants over the limit.)

Their pot garden was a co-op among the four family members and one friend; the marijuana was not for sale or distribution, Mr. Harvey says. "I think these patients were legitimate," Dr. Greg Carter, who reviewed medical records after the arrest, told The Spokesman-Review of Spokane. "They are pretty normal people. We're not talking about thugs." But the authorities, using all the military tools at their disposal in the exhausted drug war, treated them as big-time narco threats. First, a helicopter spotted the garden from the air. Brilliant, except Harvey himself had painted a huge medical marijuana sign on a plywood board so that his garden, in fact, could be identified as a medical pot plot from the air.

This was followed by two raids. One from eight agents in Kevlar vests. The other from Drug Enforcement Agency officers. They searched the house, confiscating guns, and a little cash in a drawer. The guns are no surprise: Finding someone who does not own a firearm in the Selkirk Mountain country is like finding a Seattleite who doesn't recycle. Still, the guns were enough to add additional federal charges to an indictment that the family was growing more than the legal limit of plants.

Now, let's step back. The Harveys live in the congressional district of Representative Cathy McMorris Rodgers, who is part of the House Republican leadership. She loves freedom. You know she loves freedom because she always says so, most recently in a press release touting her efforts to take away people's health care coverage. "Americans must be protected from out of control government," she stated.

Well, maybe. Unless that government is trying to take away the freedom of a retired couple growing pot to ease their bodily pains. That freedom is not so good. Astonishingly, in our current toxic political atmosphere, Republicans and Democrats joined together last month to vote, by 219 to 189, to block spending for federal prosecution of medical marijuana in states that allow it. Yaayyy, for freedom. There was one dissent from Washington State's delegation. Yes, Cathy McMorris Rodgers, standing firm for an out of control government instead of defending one of her freedom-loving constituents.

Let's go further up the government ranks. As a candidate, Barack Obama promised to "immediately review these sentences" – mandatory minimums – "to see how we can be smarter on crime and reduce the ineffective warehousing of nonviolent drug offenders." He kept that promise, in ordering a review. And his Justice Department also issued new guidelines saying the Feds would try to avoid prosecution of medical marijuana operations so long as they don't do things like funnel money to interstate drug operations or sell to children. The Harveys say they meet the guidelines.

Why the federal prosecution, then? Attorney General Holder was in Spokane last week, meeting with his subordinates. But he said nothing about the case. Trial is set for July 28, and the Harveys can't use legal medical marijuana as a defense, a judge has ruled. All the government has to prove is that the Harvey family was growing marijuana – a federal crime. If they go to prison for a decade, as the mindless statutes that grew out of the crack-cocaine scare stipulate, they would become part of a federal system where fully half of all inmates are behind bars for drug offenses. And one in four of those crimes involves marijuana.

So remember the Kettle Falls Five when all the legal pot stores and their already legal growing facilities open for business in Washington State next month. There will be silly features about cookies and candy bars laced with pot, and discussions about etiquette, dos and don'ts. The press will cite polls showing that a majority of Americans favor legalizing marijuana, and more than 80 percent feel that way about medical cannabis. But in the eyes of the federal government, these state laws are meaningless.

If Larry Harvey, at the age of 70, with his gout and high blood pressure and bum knee, gets the mandatory 10-year term, he's likely to die in prison, certainly not the last casualty of the assault on our citizens known as the War on Drugs. For him, freedom is just another word his congresswoman likes to throw around on the Fourth of July. 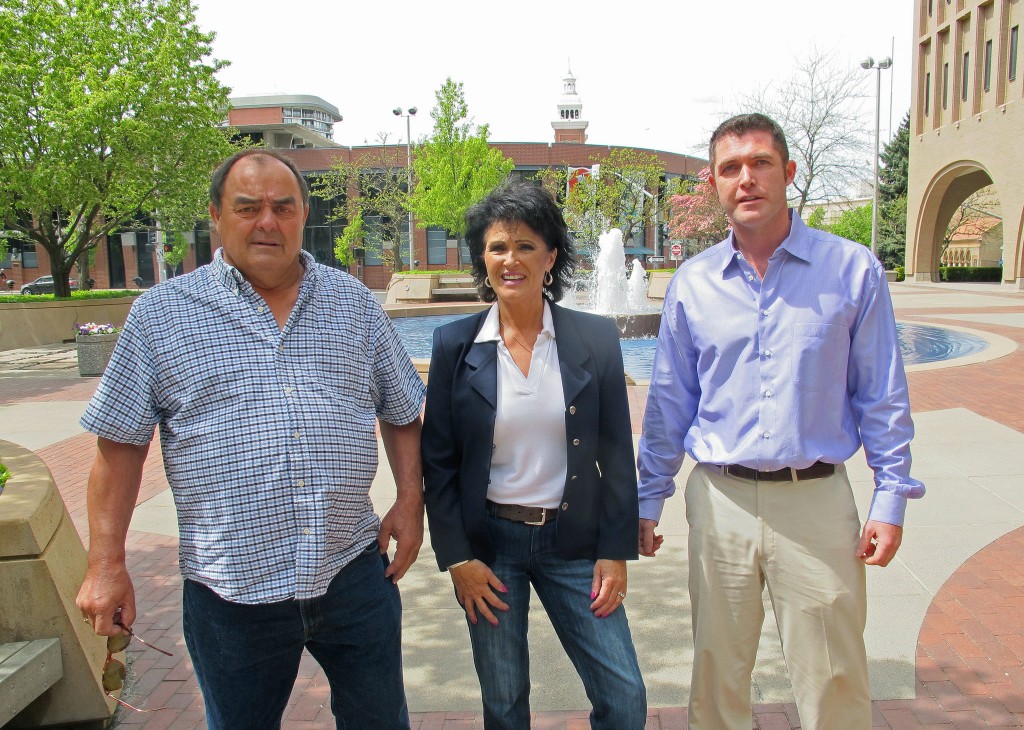 Wtf, wake up America. It's a plant.
"Flee from the crowd and dwell with truthfulness. The crowd has envy and success blinds all."
-Geofrey Chaucer and Soapmaker Bronner

The feds know no bounds keeping crap like this up. Now the Feds say they are rethinking class 1 to class 2 as long as MJ meets 10 requirements. One by the way is the scientific proof of course and will take years for that. The others I didn't pay attention to, simply because I noticed the scientific one first. This has always been the lamest and most used by the gov. Pay attention to all the lawsuits on the tube/commercials for recalls on prescribed drugs that are killing people approved by the FDA: Deaths from drug overdose have been rising steadily over the past two decades and have become the leading cause of injury death in the United States. Every day in the United States, 105 people die as a result of drug overdose, and another 6,748 are treated in emergency departments (ED) for the misuse or abuse of drugs. Nearly 9 out of 10 poisoning deaths are caused by drugs. I'm not talking addicts who overdose but ones that have been poisoned from long-term use or severe side effects with other man made meds that have been cleared with scientific evidence that the FDA has approved. The deaths are simply pushed aside, dismissed as collateral damage.

So the FDA always goes back to the 'no medical/scientific evidence' trump card and how long it will take to research MMJ. Even with many people coming forth now that are survivors because of MMJ. Of course MMJ has no deaths so far from overdosing, has proof of life with minimal side effects. Yet our government keeps insisting 'short term' memory loss and no scientific evidence.

Fact's: Many people read what is going on, yet, believe what the government is throwing down our throats is true. Eat the GMO foods, drink the liquor, smoke cigarettes, drink the water they supply us (440 ppm is coming out of my faucet's) and of course the thousands of meds offered by the pharmaceutical companies who by the way spend mega bucks keeping MMJ a class 1 drug.

Conclusion: Our government is not stupid or ignorant. In fact are very educated people, lets make that clear. It cost more to grow MMJ than to produce man made meds. The pharmies feed the governments around the world with large amounts of money to keep MMJ on lockdown. In the meantime they keep up their bullcrap. My conclusion is they think we are stupid and ignorant. After all, if everything is going good in our little part of the world, life is grand. This is the most selfish thinking as citizens we can do-what about our childrens children and their future? Let me guess, a fifty year lifespan while social security (if even present by then) benefits start at 75 years old.
Idiocracy comes to mind.

I'm only in it for the Oil
L

It's all about money. There's a really good clip about this done by "truth loader" on youtube.

This story reminds me of the Indian Wars of the 1800's when chiefs of our nation's tribes would acquiesce and take the feds up on their parchments of peace treaties.

Only to then find officers and enlisted men, and captains and colonels, and generals in the field ransacking their teepees and totems at will, while the chiefs stood resolute with the received parchments of peace (read: State approved medical marijuana laws) firmly held to their chests, while their villages went up in flames, their peoples massacred by federal malfeasance.

As then, the question is begged..."Why do Americans persecute their own inhabitants over the most harmless yet at the same time most helpful herb our creator ever designed?"

Why such prejudice, as then, targeted towards our native Americans?

Not our first tribes in this instance, but our European tribes that have since settled in America for decades, if not centuries?

Whose interest is being served here?

The people's interest, or the interests of those that grease the political skids of our elected officials?

Why else would anyone hate and threaten to incarcerate a harmless medicinal herb grower?