Washington state is warning dozens of people who applied to run legal marijuana shops that their chance of getting a license is in jeopardy. The Liquor Control Board on Wednesday began sending letters to 56 businesses around the state, giving them 60 days to schedule an interview with a licensing inspector. The board says most of those businesses scored lucky numbers in lotteries conducted in April – putting them in a good position to win a coveted marijuana retail license – but they haven't moved forward with their applications since then.

Some of the applicants might never have intended to get into the retail pot business, while others failed to find a viable location or financing for their store, said Becky Smith, the board's marijuana licensing manager. "A lot of people thought they'd be able to sell their license – they'd win the lottery and they'd sell it to the highest bidder," she said. "People were surprised they couldn't sell their license until they actually got licensed." So far the state has issued 57 retail marijuana licenses, and as of early this month, 32 of the stores shops had opened. They reported collecting taxes of $3.5 million on more than $14 million in sales since the first stores opened July 8, despite frequent supply shortages that have forced some shops to close intermittently.

The state is continuing to work to issue licenses that will allow more growers to start producing marijuana and more stores to sell, but Smith said the foot-dragging by the would-be pot shops is slowing the process. In Seattle, which the board slated to have 21 marijuana shops, just one license has been issued so far – to Cannabis City south of downtown. Closing down any applications that aren't likely to move forward would free up spots for applicants who scored farther down the list in the lotteries.

In addition to scheduling an interview, the applicants are expected to provide information that will allow the investigator to proceed with financial and criminal background checks. "They need to set up an interview and have a place they're going to operate," Smith said. "It's time to provide us with names — who are their financiers, who are their true parties of interest." Five applicants in Seattle were receiving the board's letters this week. Seven letters were going out in unincorporated King County, five in Snohomish County, and two each in Spokane, Yakima, Walla Walla and Vancouver. No letters were issued in any of the dozens of cities and counties that have adopted temporary or permanent bans on marijuana businesses.

One of the applicants getting a letter is Greener Seattle, which had proposed doing business on Aurora Avenue in North Seattle but has been trying to find a different spot. Eugene Frid, who works with the shop, said Wednesday that Greener Seattle still wants to open a recreational marijuana store, and the 60-day warning should give it plenty of time. "We have a space. We're just looking for something better," he said. 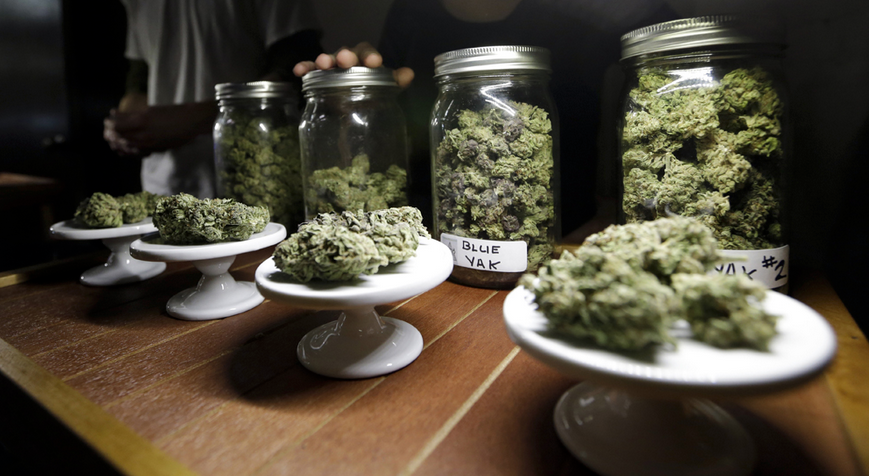