The City Council voted Tuesday night to give final approval to an ordinance prohibiting the dispensaries, which sell marijuana to patients who have been prescribed marijuana for medicinal purposes.

A moratorium on medical marijuana dispensaries had been in place in Loma Linda since 2009, when the U. S. Supreme Court refused to hear an appeal of a court case brought by San Bernardino and San Diego counties.

That case challenged the voter-passed initiative in 1996 that allows Californians to obtain permits to buy and use medical marijuana prescribed by a physician.

The temporary ban, city officials said at the time, was to allow for court challenges to be decided and for city planners to research potential zoning law applications.

City Attorney Richard Holdaway told council members in a memo that technically, medical marijuana dispensaries are not permitted because Loma Linda's zoning law assumes any land use not specifically permitted in the city code is prohibited.

Holdaway cautioned, however, that medical marijuana dispensary operators might contend they are operating as a pharmacy, medical office or some retail use in order to skirt the law. He said passage of the ordinance would prevent that.

Approval of the ordinance came over objections voiced earlier this month by Lanny Swerdlow, a nurse and medical marijuana advocate who has helped organize campaigns on behalf of medical marijuana patients in Loma Linda and other Inland communities.

He contended that a report from the California Police Chiefs Association quoted in the proposed ordinance was not based on valid statistics, but rather on anecdotal evidence. The report suggests that cities where dispensaries have opened have had "adverse impacts and effects."

Swerdlow wanted the council to consider a report he said was based on dispensaries opened in Denver. He has contended in the past that the report shows a drop in crime in that area.

Council members contended in response that they believe some marijuana users are skirting the law to use pot as a recreational drug and that some physicians have written prescriptions for medical marijuana to relieve anxiety and other broad ailments. 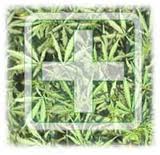 A sad sad day for Southern California . Just HOW can these cities circumnavigate a State law is beyond me.. RD


Funny that throughout my life I have gotten great weed in both places.

G-Dog said:
Funny that throughout my life I have gotten great weed in both places.
Click to expand...


Another successful war on drugs operation.....

Who are you to judge the life i live
i know i'm not perfect and i don't live to be.
but before you start pointing fingers
make sure your hands are clean.
― Jimi Hendrix

June'10 Plant of the Month

July'10 Nug of the Month