More than 900 marijuana dispensaries are currently registered to do business in the city of Los Angeles, despite the fact that only 135 dispensaries are legally allowed to operate, city officials told a City Council committee Monday. At a Budget and Finance Committee discussion on the proliferation of illegal pot dispensaries, Office of Finance representative Robert Lee told the committee that 972 businesses are registered as pot stores.

Neighborhood leaders are angered by the rise of illegal dispensaries, and the crowds and pot smell the stores bring. Proposition D, passed last year by Los Angeles voters, caps the number of citywide dispensaries at about 135, but illegal dispensaries continue to open and operate, vexing city officials. City Councilman Paul Krekorian, who chairs the Budget and Finance Committee, said the city is facing a "whack-a-mole" situation.

Monday's discussion was called to find new ways to enforce dispensaries, with City Councilman Bob Blumenfield suggesting the city use a crowd-sourcing efforts to keep track of illegal stores. Los Angeles Police Department Captain Anne Clark estimated the number of illegal dispensaries to be in the "hundreds" but couldn't give an exact number. Much of the conversation at Monday's hearing centered on the issue of business tax certificates. Per city law, officials can't deny a certificate to any business, Lee said. Even blatantly illegal operations, like a whale meat store or Cuban cigar business, could obtain a certificate in Los Angeles, Lee conceded at Monday's meeting.

"We don't look at the legalities or whether it is legal," Lee said. It's unclear if 972 pot dispensaries are actually operating because a business may obtain a tax registration certificate but never open. Lee was unable to provide a figure on how many dispensaries regularly renew their certificates, which would provide a more precise number.

The city collected $2.1 million in renewable tax fees from dispensaries in calendar year 2013, Lee said. City Attorney Mike Feuer's office sends letters to all dispensaries that apply for the certificate, warning them that they can't operate unless they are on the city's approved list of 135 dispensaries. Still, the city's dueling actions – prosecuting some dispensaries, while issuing business certificates to others – clearly irks some leaders. "We have a significant disconnect here," Krekorian told members of the panel. 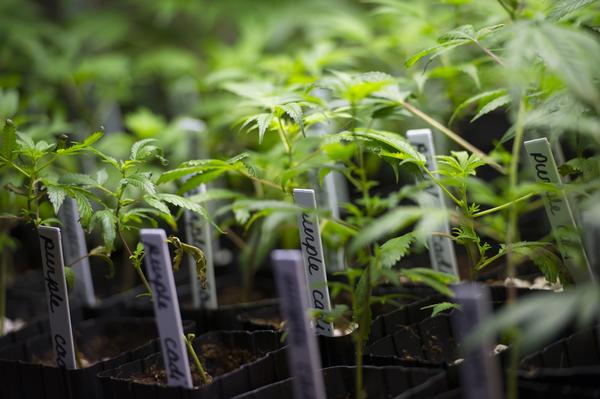 Yea, you see here in LA, we just open up dispensaries when and where we want! Allow smoking MMJ inside, outside, even in front of our neighbors stores, pretty much wherever we want. Apparently 2.1 million we collected in tax fee's last year left some city officials pondering the fact perhaps there is more potential income and 'know what'?! - maybe MMJ isn't so bad. Perhaps we could start raising taxes and bring in more revenues? We don't need Federal or State BS! Bottom line-we do what we want in LA! All we want in LA is money and water.