The poll also found little support for the state's current harsh marijuana laws, some of the most draconian in the nation. Under current Louisiana law, someone convicted of a marijuana offense can be sentenced to life without parole if he has a prior felony and prison terms of up to 20 years for repeat marijuana possession offenders.

But only 22% of respondents favored life without parole for felons busted for pot, and only 32% favored the long prison sentences for simple possession, even for repeat offenders. Yet oddly enough, only 47% supported making a six month jail sentence and a fine the maximum sentence for repeat possession offenders.

"People understand that criminalizing marijuana has wasted public funds, has not made anyone safer, and that marijuana is not the danger it was thought to be," said Marjorie Esman, executive director of the ACLU of Louisiana. "Despite last session's failure to pass a bill to reform marijuana sentencing (House Bill 103), marijuana law reform is coming to Louisiana. Voters in this state are in agreement with the rest of America that marijuana should be taxed and regulated," Esman said.

HB 103 would have reduced sentences for simple marijuana possession from 20 years in prison to two years for a third offense conviction, and no more than five years for a subsequent offense. It was watered down in the House before going to the Senate, where it was killed.

"This new poll also shows that a majority of Louisiana voters think it's time to change the state's outdated and overly harsh marijuana sentencing laws," said Esman. "The ACLU stands with the 59% of Louisianans who oppose long prison sentences, and 64% who oppose a sentence of life without parole for a marijuana offense." 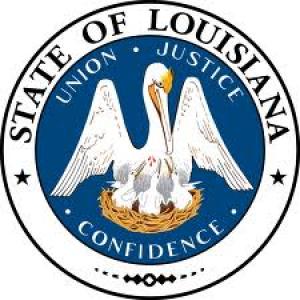 May 8, 2013
Truth Seeker
T
T
Half Ounce Of Pot Gets Louisiana Man Twenty Years In Prison

Louisiana Man Cornell Hood Gets Life in Prison for Marijuana