City Council and the Planning Board began the process of considering whether or not to put a temporary ban on recreational marijuana sales in the city.

Beverly is not alone in this effort — locally, Danvers already voted for a temporary pot ban.

The ban would last through the end of next year and would allow the city time to look over the regulations planned to be put in place by the Cannabis Control Commission — those are supposed to be out in March 2018.

Stephanie Williams, city solicitor, said it "makes sense" for the city Planning Department to wait to "have the regulations in hand."

"That's one of the primary reasons I believe it is important to impose a moratorium," she said.

Beverly voted 54 percent to 44 percent in favor of legalizing recreational marijuana use.

The city could not ban recreational marijuana shops through zoning, imposing buffer zones requirements so large that there's no place in the city to put them, according to Aaron Clausen, city planner. To completely ban recreational pot sales, there would need to be a citywide vote, Williams said.

But the City Council could limit the amount of recreational pot shops to four — 20 percent of the city's alcohol package store licenses — under the state law passed in November, according to Williams. The city has 19 package store licenses, counting the ones allowed through Home Rule petitions.

The temporary ban allows the city time to study the issue, said Clausen, city planner. He said the city intends to form a "working group" that may include city Health Department officials, the Police Department and Williams' office to figure out what the city's permanent regulations should be.

"I think this is a smart thing to do," said Councilor Matt St. Hilaire.

St. Hilaire questioned if about 18 months is enough time to consider the issue, but Clausen said he believes it is. Public input and feedback will also be part of the process, Clausen said.

When asked by St. Hilaire what his "initial thoughts" are, Clausen said he plans to keep an open mind.

Others didn't give as optimistic opinions.

"I think it's a disaster waiting to happen," said Councilor Don Martin.

Without a temporary ban, the state is supposed to start taking applications for recreational pot shops in April 2018, Williams said, but those would come from existing medical marijuana facilities. The summer is when the doors really open to everyone else, she said.

The only public comment came from resident Rick Marciano, who asked if there could be mobile pot shops, or a pot shop on wheels. The question was met with some laughter from the Council. Clausen noted that the city could regulate that. 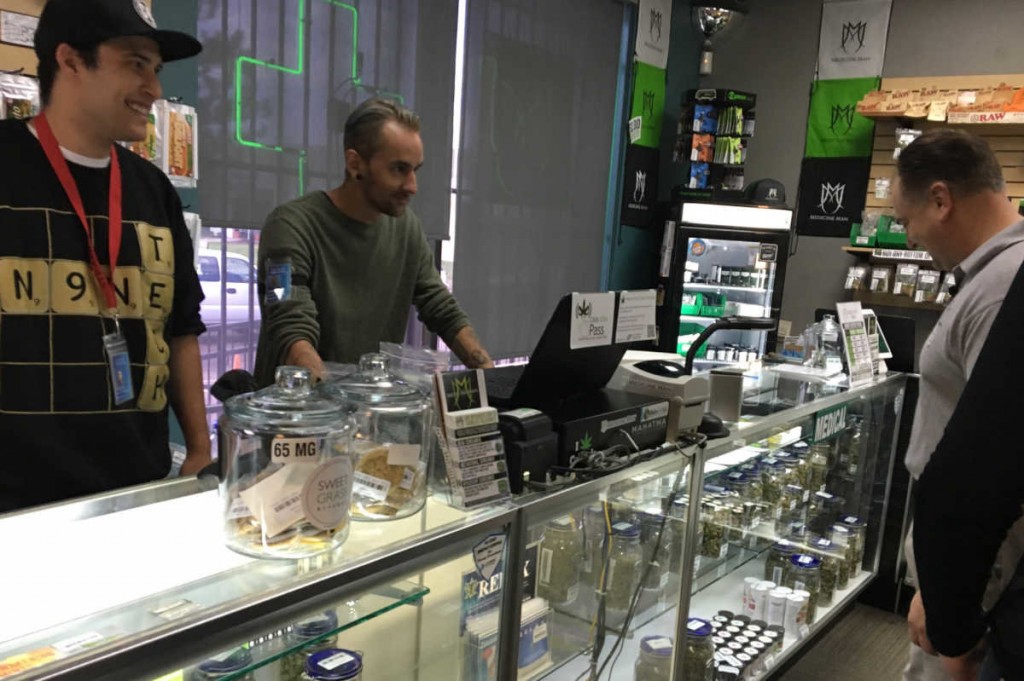